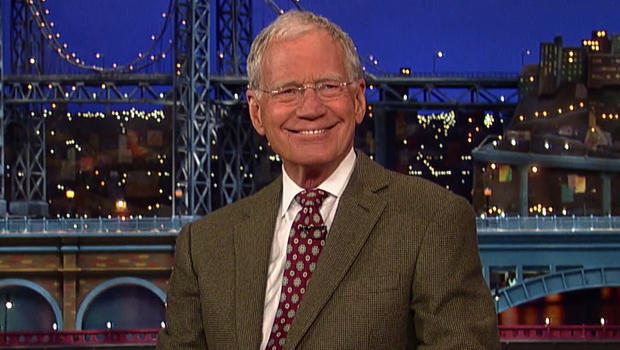 With the Trump presidency helping boost the ratings for late-night hosts such as Stephen Colbert and Seth Myers, it’s easy to forget about the generation of late-night hosts who left the game just before the Donald took office.

One of those old-timers is David Letterman. The man who worked in TV for more than 30 years recently gave an interview to Vulture, and the results were phenomenal. Here are some of the best things from this extended interview.

Three questions in and F-bombs are already being dropped.

Did CBS fuck you up?
What do you know? What have you heard? If anybody fucked me up, it was me, by getting old and stupid.

Trump also quickly made an appearance.

Have you ever wondered what you might’ve said if you’d been doing The Late Show the night after Trump was elected?
No, I haven’t thought about it. See, I was out running one day when he was still president-elect, and I thought, Let’s call him. I’ve known the guy since the ’80s. I was one of a few people who had routinely interviewed him. I’m not blinded by the white-hot light of “president-elect.” I mean, we elected a guy with that hair? Why don’t we investigate that? He looks like Al Jardine of the Beach Boys. I don’t know. I’m sorry for rambling. I’m afraid something has happened to me hormonally. I can’t stop talking.

I mean, we elected a guy with that hair? Why don’t we investigate that?

And that’s why you’re okay with being off the air?
I’m afraid if I still had a show, it would be a lot of, “We’re spending quite a lot of money on editing, Dave. If you could just keep it to an hour, we’d all appreciate that, because we have big stars who’ve flown in from Hollywood to be here.”

The Trump talk seemed to be a recurring theme in this Q&A.

There’s this idea that reducing Trump to a punchline could make him seem harmless or helps to normalize him. Is there any validity to that argument?
I guess it’s a possibility. On the other hand, Donald Trump can be Donald Trump, but if he doesn’t help the people that need help, then he’s just a jerk. That press conference that he held berating the news media? I mean, how do you build a dictatorship? First, you undermine the press: “The only truth you’re going to hear is from me.” And he hires the Hunchback of Notre Dame, Steve Bannon, to be his little buddy. Bannon looks like a guy who goes to lunch, gets drunk, and comes back to the office: “Steve, could you have just one drink?” “Fuck you.” How is a white supremacist the chief adviser to our president? Did anybody look that up? I don’t know. How’s this interview going? Do you think you’re talking to a normal person here? Don’t I seem like I’m full of something?

This talk also included Trump’s cabinet and the Vice President, who hails from the same state as Letterman.

But it’s such an amazing group of targets. The comedy potential of these people is incredible.
It’s delightful. Kellyanne Conway was my favorite for a long time. This thing about her telling everyone, “Go buy Ivanka’s shoes; I’m going to go buy Ivanka’s shoes. Hell, I’ll buy you a pair of Ivanka’s shoes.” Then they had to counsel her. Boy, if this administration decides you need counseling — whoa. And poor Sean Spicer is a boob who just got out of a cab and now here he is. Then the other kid, is it Miller?

Stephen Miller.
Wow, that guy is creepy. He fell out of a truck. And the guy from Exxon, Rex Tillerson. Don would say, “Rex, if you’re talking to your friends, ask them” — I’m sure the Russians groomed Trump. They gave him tips: “You want to be an authoritarian dictator? Sure, that’s not a problem. We’ll tell you how to do it, for God’s sake.” I think it was just all like that, because that’s the way Trump does business: “See if they’ll give us the tar coating? They’ll throw that in? Great, great. And by the way, we’re not paying the last 10 percent of the bill.” I think it’s the same shit.

Do you feel any better about your fellow Indianan Mike Pence?
He only got elected because he looks like Bobby Knight. Jeez, Pence scared the hell out of me. There was a therapy …

Conversion therapy. There’s debate about whether or not Pence actually supported it.
Yes, conversion therapy. That’s when I just thought, Oh God, really, Indiana? I don’t care if you’re a fundamentalist Christian — even they have gay relatives. They can’t be saying homosexuality is a sin. It’s horseshit. Then this transgender issue that just happened, I just think, Are you kidding me? Look, you’re a human, I’m a human. We’re breathing the same air. We have the same problems. We’re trying to get through our day. Who the fuck are you to throw a log in the road of somebody who has a different set of difficulties in life?

There was also some looking back on Letterman’s career, including his wars with Jay Leno.

Are you not watching because you’re not awake at 11:30 or because you did it for so long that you’re no longer interested?
The latter is correct. Having done it for 30 years with this blind devotion to the project, and then having been a participant in the late-night wars, which, there’s no war now at all — and it was always me and Leno and me and Leno and me and Leno. I realize, Jesus, what was the matter with me? So, well … the truth is I can’t stay up that late.

Have you and Jay been in touch at all since you left The Late Night?
No. I’m assuming I will bump into him before we die.

The interview goes on and on, but it is definitely worth the read. Letterman shows just how goofy he’s gotten post-Late Show (this doesn’t even include that beard. Yikes.). It also lets us be a little curious about how Letterman would be if he was working during this current presidency.