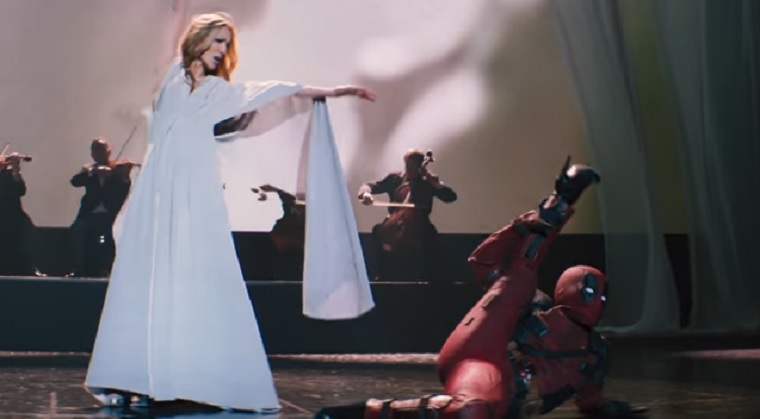 The marketing for Deadpool 2 continues to be brilliant and pleasantly surprising. Sure, Marvel Studios has a huge marketing machine, which can pay for an overwhelming number of TV spots and put virtually its entire cast on Jimmy Kimmel Live (on Disney-owned ABC) through an entire week. Deadpool has a more stealthy approach, popping up last week in a birthday message that Hugh Jackman was supposedly recording for someone, for example.

When you’re trying to record a heartfelt birthday message …. but are interrupted by the least greatest showman. @VancityReynolds pic.twitter.com/RwlE4IXFX1

Deadpool’s latest viral appearance isn’t as sneaky, but it’s no less surprising. Would anyone expect Celine Dion — the songstress behind hugely popular ballads like “My Heart Will Go On” from Titanic, “Because You Loved Me” and “The Power of Love” — to have recorded a new song for the Deadpool 2 soundtrack? Hell, no!

Yet in a masterful bit of reaching out to an audience which might not normally pay attention to The Merc with a Mouth — and a pop music icon extending an elegant hand to superhero movie fans who might not typically pay much attention to her songs — Deadpool and Dion teamed up for a music video that debuted online Thursday morning.

If you ever wanted to see Deadpool do interpretive dance alongside Celine Dion on stage, check out the video for “Ashes”:

A power ballad attached to a blockbuster action movie is surely something we would’ve seen during the 1990s. Think of Aerosmith’s “Don’t Wanna Miss a Thing” with Armageddon. Bryan Adams’ “Everything I Do (I Do It For You)” from Robin Hood: Prince of Thieves. And though it’s not an action movie, per se, we should probably include Whitney Houston’s “I Will Always Love You” with The Bodyguard.

The big curiosity is where “Ashes” will play during Deadpool 2. Will it be during the end credits? A James Bond-like opening credit sequence? Will the song play briefly in a romantic scene between Wade Wilson (Ryan Reynolds) and his girlfriend Vanessa (Morena Baccarin)? Considering this is Deadpool we’re talking about, maybe we’ll hear Celine Dion singing while Deadpool and Cable (Josh Brolin) are trading blows in lethal hand-to-hand combat.

Expect the unexpected! Such as the lethal assassin with super-healing powers wearing high heels while dancing on stage. 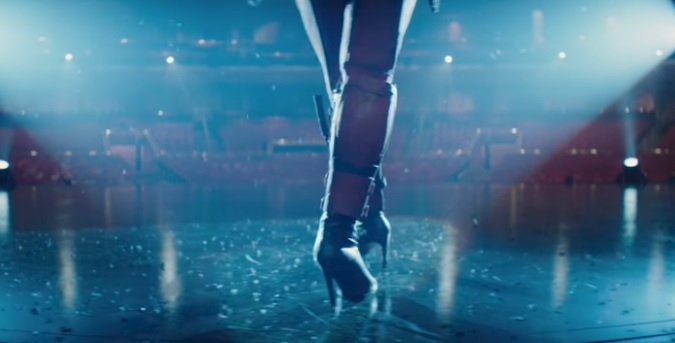 Is that intended to stir any sort of confusing feelings within? Who knew Deadpool could stretch his legs like that in his tight kevlar fight suit? We’re asking for a friend, of course.

It’s hilarious to see scenes from Deadpool 2 set to soaring violins and cellos and a soft rock drum beat, intercutting with footage of Dion doing her thing of gesturing her arms majestically to the music and looking into the camera with intense feeling. This is how music videos for movie soundtrack tunes used to do it, man! It’s beautiful. 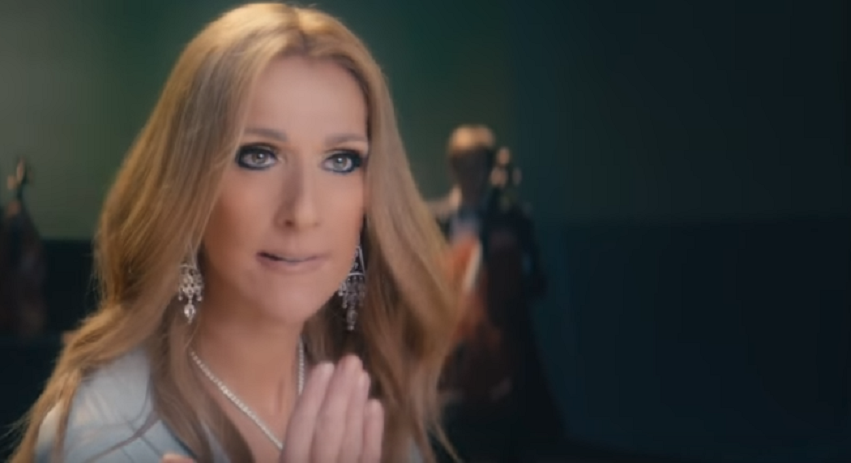 And in a moment of Deadpool being Deadpool, the video ends with a funny exchange between Deadpool and Dion, with the hard-luck, no-glory anti-hero telling the global pop icon that she needs to take it down a notch. Her retort of calling him “Spider-Man” is just classic. Let’s give Celine Dion some applause for not taking herself too seriously.

We’re two weeks away from Deadpool 2 jumping into theaters on May 18. Maybe Deadpool and Dion will do Vegas after that.