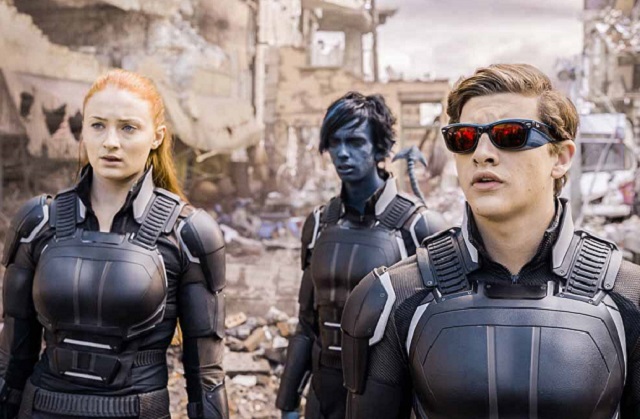 Over the past few decades, Disney has slowly but surely been consolidating it’s hold over just about every major intellectual property it can get its Mickey Mouse padded hands on. Already the proud owner of everything Pixar creates, they also snatched up Marvel Studios and Lucasfilm in order to control the destinies of the Marvel Comics and Star Wars universes. They acquired Jim Henson’s company so they control everything about The Muppets. For many of the IPs they don’t control, they made sure to get a piece of the pie, such as with Harry Potter and Avatar, both of which have theme parks within the Disney family.

One thing they’ve wanted to get their hands on since acquiring Marvel Studios was the rights to all of the Marvel characters that had already been sold off to 21st Century Fox. While they recently worked out a deal to bring Spider-Man into their Marvel Cinematic Universe fold, there’s still a ton of potential money being made elsewhere on properties such as X-Men, Fantastic Four, and Deadpool, to name a few. The prevailing lesson on our time seems to be that whatever Disney wants it eventually gets because CNBC reported Monday that they were recently in talks with Fox to buy a large portion of the latter’s business, including the movie and TV productions.

While CNBC notes that “the two sides are not currently talking at this very moment,” they also say that the door is still very much open to revisiting the transaction.

If it did happen, not only would it give Disney ownership over the Marvel properties they so desperately wanted, but it also opens up all kinds of new opportunities to reboot franchises and create epic crossovers. While not a reality just yet, let’s take a look at the most exciting pop culture possibilities.

X-Men vs. The Avengers

Other than Scarlet Witch and Quicksilver, who both showed up in Avengers: Age of Ultron, Marvel Studios hasn’t been able to use any X-Men characters in their ever-expanding MCU. The only reason they were even able to use those two characters is that there’s a bit of grey area when it comes to which characters qualify under the X-Men umbrella and which don’t. While they were a nice addition to the massive cast, we can all agree that they’d much rather be able to insert Wolverine, Storm, Colossus, and Professor X into their films instead. Fox has done a middling job with the properties, producing one or two mediocre X-Men-related movies for every good one, and you can just imagine how much Marvel Studios head honcho Kevin Feige wants to get his hands on them.

The MCU is already pretty crowded but there’s a good chance that some of the old mainstays, such as Robert Downey, Jr. as Iron Man and Chris Evans as Captain America, have limited time left in their costumes. If Disney and Marvel could replace them with a fresh take on the X-Men, that could be just the thing to ensure franchise freshness and keep their perpetually rolling ball rolling.

Alien vs. Predator vs. Well, Everyone

Fox owns the rights to both the Alien and Predator franchises, which they’ve already combined for so-so results. The most recent standalone films in both franchises haven’t been all that great (either from a story or financial perspective), so perhaps they both need a bit of a Disney boost to get going again. Do we dare combine either (or both) franchises with a character or seven from the MCU? Is there a time down the road when the Star Wars Universe is so ubiquitous that we could consider smushing them together? Maybe that all sounds like sacrilege, but if Disney thinks there’s money to be made, they might just give it a whirl.

There’s something that seems completely wrong and yet completely right about Disney owning the rights to The Simpsons. Homer & Co. have always straddled the line between being a satirical inversion of the wholesome Disney cartoons while also being merchandising monsters themselves. Fans have been clamoring for another Simpsons movie so what if we brought in some of the Pixar people to help craft a good idea alongside those who know the characters best? The best days of the show are behind them, but there is still a lot of ground to be mined (and money to be made). If nothing else, this would give Disney the opportunity to build a theme park dedicated to the show. Ever wanted to visit Springfield, grab a pint at Moe’s Tavern and write on Bart’s chalkboard? This would be your chance, without having to go to Universal Studios for just the one attraction.

By the way, this would also mean that Family Guy, American Dad, and Futurama are coming to Disney as well, so make of those possibilities what you will.

Again, there’s only so much crossover that we can do from a franchise perspective, but adding The X-Files to the Disney fold brings with it all kinds of possibilities. The science fiction program is so malleable it would make sense against just about any of the other big IPs that Disney owns. Heck, you could even make a case to mix Mulder and Scully up with some Aliens and Predators if you wanted to. The show’s return did big rating numbers so people are still interested in the premise, but perhaps what it needs is a new vision for the future in the form of some very familiar monsters (or mutants).

There are few comic book properties as maligned these days as Fantastic Four. The first cinematic go-round produced two movies that were hokey and ultimately disappointing. The second go-round gave us the gritty reboot no one asked for. If Marvel Studios could get their hands on F4, they’d almost certainly be able to crack the code on this classic foursome. They’d almost certainly reboot the franchise yet again but they could do it from a much smarter, much more interesting way that would likely understand the characters in a way that Fox never seemed to (or cared to). If there’s any IP that would benefit the most from the sale, it would be this one.