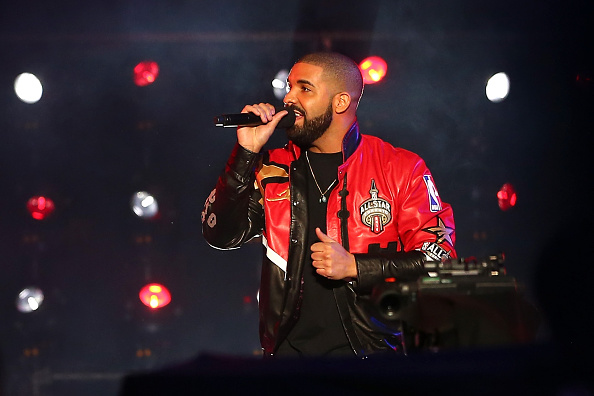 Drake fired at Cudi after the latter tweeted in September that Drake (and fellow mentor Kanye West) didn’t write their own songs.

Kanye expressed frustration about the comments but apologized soon after realizing Cudi was battling suicide and depression. Drake took the opposite approach. Despite already calling out Cudi at a Summer Sixteen Show last month, Drake decided to take things a step further, including him in his latest diss track.

Drake didn’t take braggadocious shots at Cudi, like when he ethered Meek Mill last summer. Instead, he opted to slam Cudi’s mental illness and past drug problems.

Cudi’s long struggled with depression, evident on his latest messy release Speedin’  Bullet 2 Heaven, where he openly rapped about suicidal thoughts and darker themes. Last December, Cudi canceled his Especial Tour, admitting he was dealing with “a lot” and needed to keep his “sanity intact.”

In October, Cudi posted on Facebook calling himself “a damaged human swimming in a pool of emotions every day of my life.” The post was brave and candid.

Cudi continued hip-hop’s growing trend (along with Kendrick Lamar, Earl Sweatshirt, and Danny Brown) of being open about mental illness. His public acknowledgment was a sign for other rappers it was OK to talk about personal demons.

For a rapper whose career blossomed because he wears his emotions on his sleeves, Drake’s shot at Cudi was ill-timed and aggressively stupid. The beef isn’t on the same level as Jay-Z vs Nas, Tupac vs Biggie, or even Drake vs Meek Mill. Yet, Drake’s prose on Two Birds, One Stone is vicious.

Mentioning that Cudi does Xanax to avoid reality is tremendously sad. Mental illness isn’t a phase, as Drake obtusely suggests, it’s a massive personal battle. In Cudi’s case, the battle got so bad, it was life or death. That’s not prime beefing material. Drake actively used Cudi’s sorrow and struggles as a weapon to maim him.

I understand Drake needs to keep his tough-guy persona and keep up his public appearance. But, effective way to do that, would be responding to Kendrick Lamar’s beef and letting Cudi figure out his own thing before getting to him. Lamar fittingly called out Drake for not knowing what it was really like to start from the bottom and for sending him hate. In fact, Lamar’s called him out for about three years. How has Drake responded? He hasn’t. He’s sat on the sidelines and let the current king of rap call him out.

So why call out Cudi but not Lamar? Stature and vulnerability.

Lamar is a smart, well-versed rapper with a sterling reputation and track record. If Drake responded to his callouts, he would get verbally eviscerated. So, like Meek Mill, he picked on an easy target. In this case, the target, Cudi, couldn’t defend himself and had more pressing things to worry about. Drake wasn’t kicking Cudi when he was down – he was sucker punching him with brass knuckles.

The unfortunate outcome of Drake’s superfluous diss track is the potential side effect of discouraging others in the hip-hop community to speak up about mental illness because they’re afraid it will be used against them – which happened to Cudi. He put it ALL out there. Cudi should be applauded, not publicly shamed. Insult his music abilities and his disappointing recent releases. That’s all fair game. Instead, Drake went for a low blow.

Mental illness isn’t a flaw. It’s not equivalent to having no money, no bars, or no skill. To Drake, it is. The track says much more about Drake than it does about Cudi. Drake might not have started at the bottom, but he’s certainly there now.