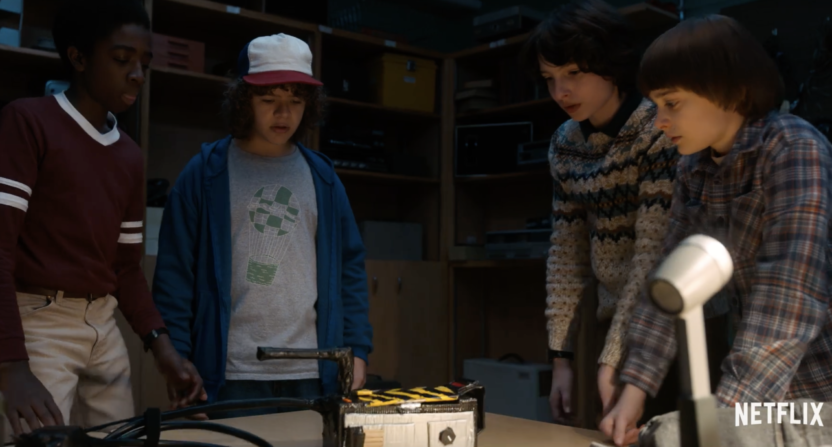 How confident are the Duffer brothers in their sci-fi thriller series, Stranger Things? Two months before the second season hits the Netflix streaming service, the Duffer’s are already saying they will be doing a third season, and potentially a fourth.

In an interview with Vulture to help spread the enthusiasm for the upcoming second season of the series, the Duffer brothers have reportedly confirmed they will be doing a third season of the show. On top of that, they are suggesting the series will be a four-season story.

“We’re thinking it will be a four-season thing and then out,” Ross Duffer told Vulture.

“We just have to keep adjusting the story,” Matt Duffer clarified. “Though I don’t know if we can justify something bad happening to them once a year.”

The comments are part optimistic that the love affair for the series will continue to thrive in season two after a well-received debut season on Netflix. The comments are also what you want to hear from a storyteller. There is an overall story floating around in the brains of the Duffer brothers, and there are probably some notes and outlines jotted down on paper somewhere to help with the story creation and writing process. Knowing where you want the series to ultimately go can be a sure way to stick to what you want to do and prevent a writer from getting too off track along the way and having to make up for it later. Here, the Duffers are suggesting there is an end point to their Stranger Things tale.

How long it ultimately takes to put a full four-season series together remains to be seen, although the first two seasons will be made available in consecutive years. But first, Netflix will want to see just how much fervor continues for the series with the upcoming release of the second season. Judging by the initial teaser for the season, it looks like we are in for another thrill ride to the upside down.

The second season of Stranger Things will be released on Netflix on October 27. A release date for the third season has not been announced.