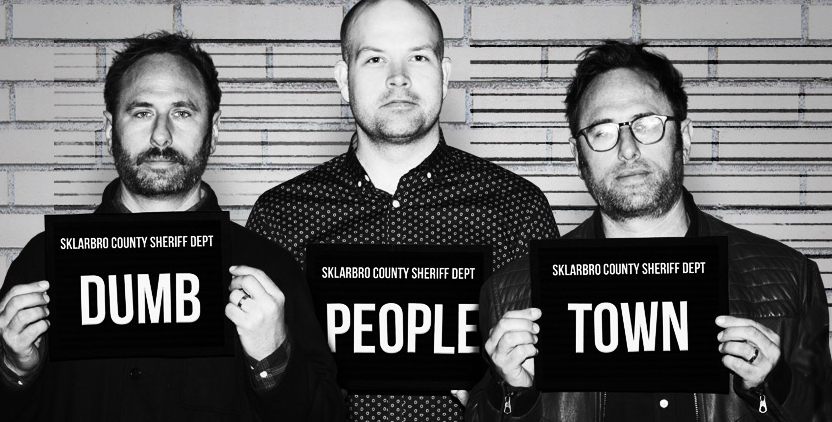 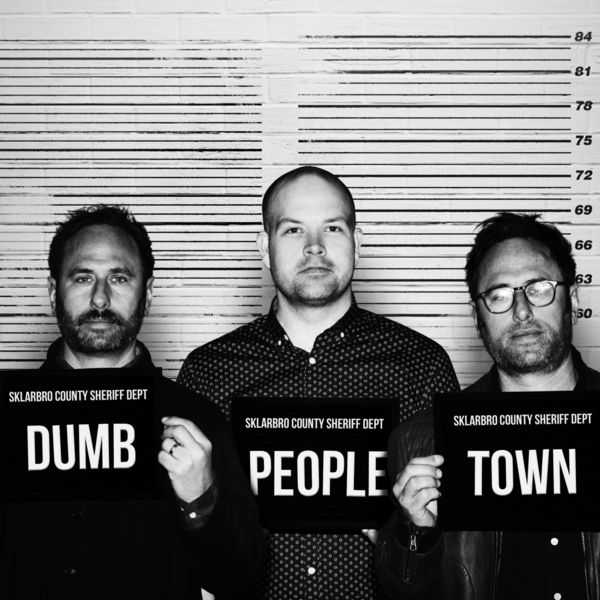 What Is It?: “It’s as much an exploration as it is a celebration of dumb people doing dumb things (often in Florida).”

Have you ever come across a news story that left you with more questions than answers? Perhaps it involves a criminal who made a dumb mistake. Perhaps it’s the story of star-crossed lovers and an ill-fated decision involving alcohol and a trailer park. Almost certainly, it took place in Florida. The kind of news stories that make you wish you could sit down with your friends and just talk out the inane decision-making that had to happen in order for all of this to happen.

Who Are The Hosts?: Randy & Jason Sklar and Daniel Van Kirk

You know the Sklars from something. Whether it’s their stand-up comedy, their guest hosting of Jim Rome’s radio shows, their old ESPN Classic show Cheap Seats, or their movie & TV show appearances, the identical twin comedians are fairly ubiquitous in sports and pop culture.

You might not know Van Kirk, but you should. An improv performer and standup, Van Kirk cohosts the podcast, but also often shows up as a character in the show’s final segment.

Together, this trio makes for a good balance for one another. The Sklars can often seem like two voices with one brain, but Van Kirk’s Midwestern charm and sharp comedic timing cuts through to create bits and take the conversation in certain angles that it wouldn’t go otherwise. Conversely, the Sklars are great at recognizing a moment and riffing on it. Together, they usually find the “game” in each segment fairly easily.

What’s A Normal Episode Like?: The Sklars welcome us to the show and introduce Dan, who has usually selected three weird news stories that he will read and they will dissect along with a special guest. The show is usually broken down into four segments. Each of the first three segments usually involves a little bit of a discussion about what’s going on with their guest as well as one of the strange stories. In each segment, Dan usually poses a question to the Sklars and the guest, asking them to guess the age of the assailant in the story, the dollar amount of bail set for their release, or some other number pertinent to the story.

The fourth segment is usually a “phone message” that the Sklars have received from a celebrity, such as Steven Seagal, Harrison Ford, or Javier Bardem (in reality, a comedian doing the voice). Sometimes the message is from one of Dan Van Kirk’s characters as well. The more you listen, the more you get to know these voices and characters as they pop in and out of the podcast.

This is probably a good time to note that while Dumb People Town is new as itself, the concept of this show has actually been in action for years. The Sklars host the Sklarbro Country podcast on Earwolf and would intersperse that show with something called Sklarbro County, which was eventually spun off into this podcast. If you fell in love with DBT and needed to fill the void until the next episode, you could go back and listen to the 100+ County episodes over in those archives.

Who Is It For?: DBT works for two distinct audiences (that may also be the same person). One, for the internet peruser who has ever read a story about a guy running around Florida with a samurai sword or a naked woman in a Walmart buying groceries and really wanted to learn everything they could about it, this is your podcast. The stories are often funny enough on their own (they make sure not to choose stories where someone has been killed), but the discussion and improvisations that try to get inside the heads of the people involved are what make it.

The second person this show is for whomever enjoys listening to free-flowing, comedic conversations. The guest is often a comedian themselves or aware that this is a comedy podcast, and everyone understands the game of the show. Sometimes they spend large chunks of an episode just shooting the shit or talking about an interesting story that the guest wanted to share but if you’re here for the funnies, you don’t really mind if they go off-brand for a bit.

Who Is It Not For?: If you don’t like the Sklars, you’re obviously not going to enjoy a podcast that is two-thirds them. If the idea of discussing stupid people and their stupid decisions is beneath you, I suppose this isn’t your cup of Gatorade either.

How Many Episodes Are There?: The show rebooted as Dumb People Town pretty recently, as there are just 11 episodes to date with one released every week. While some discussion points are specific to the time the episode was recorded, the show’s format is such that its enjoyment is not dependent on it. You can listen to an episode from two months ago and enjoy it just as much as the one that came out yesterday.

Any Special Guests?: On the old show, the Sklars and Van Kirk would usually bring on a fellow comedian to banter with them and that’s still the case. However, because they want to goose interest in the new show, they’ve upped the ante a little bit. Mad Men’s Jon Hamm stops by for one episode, as does Adam Carolla (Loveline) and Matt Walsh (Veep). Notable comedians and podcast-friendly guests such as Matt Braunger, Nick Thune, and Ryan Sickler are among the other guests so far.

Can I Jump Right In?: Of course. There’s no throughline between each episode. That said, while the show doesn’t require any kind of deep knowledge of references and past episodes, it helps for when certain characters or jokes do appear and call back to them.

Jon Hamm – Bring In The Nerp

It might surprise some folks to learn Hamm is actually pretty funny and well-versed in the ways of comedy. His St. Louis roots make him the perfect running buddy for the Sklars and he’s game to jump in on each story as well as share a bunch of his own. The highlight story of the episode involves a brawl at a wedding rehearsal dinner.

Kilgariff and Hardstark are the co-hosts of My Favorite Murder and bring an established rapport with them, which helps immensely given that this is the rare five-voice episode of DBT. Stick around for the tale of the Sausage Castle’s fiery demise.

Matt Walsh – Under The Turkish Bus

Walsh has a great comedic dryness that works really well in contrast to the high-energy one-liners coming from the Sklars. Of the three stories, the one about an indecent proposal at a Taco Bell is perhaps what you’ll remember most.

So, Should I Listen To This?: Depending on what your podcast tastes are, Dumb People Town is a great palate cleanser from more serious fare. Very quickly, the voices you’re listening to gain a familiarity and it really does feel like you’re just hanging out around a table listening to your friends make fun of really dumb people. Isn’t that what life is all about?

Check out the Should I Listen To This? archives to find out about more podcasts.