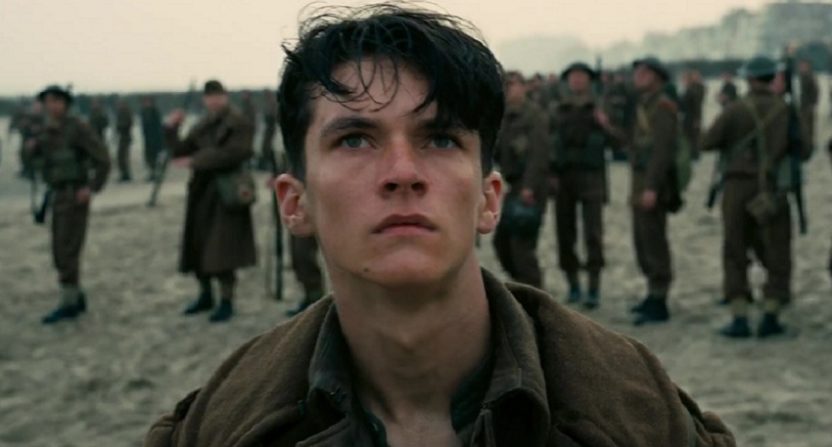 Ever since Christopher Nolan’s latest movie was announced, it was a bit of a mystery. Nolan has become the A-list director who will attract an audience based on his name alone, and word that he was making a WWII film certainly stoked curiosity.

For one thing, Nolan has largely worked in sci-fi and comic book territory for the past 10 years with two Batman films, Inception and Interstellar. Even The Prestige, which is far more down to earth than his subsequent four movies, has elements of science fiction to it.

What made Nolan’s next project even more curious is that he was picking a lesser known piece of WWII history for his film. This wouldn’t be Nolan’s take on Pearl Harbor, the Battle of Midway, D-Day, the Battle of the Bulge, or Iwo Jima. All of those important and famous battles have been the subjects of movies before. It probably shouldn’t have been a surprise that Nolan wanted to do something different, to tell a story that wasn’t as celebrated.

Dunkirk? How many people know about that battle, which was more of a retreat? The announcement from Warner Brothers and Nolan likely compelled fans and writers to learn some more WWII history and find out all they could about a far lesser known piece of WWII history. (That was certainly the case for me, when Dunkirk was announced.) British, Belgian and French troops who were trapped in Dunkirk, France and likely to be killed were evacuated, saving nearly 400,000 lives. And once you see this film, you’ll realize that the preceding sentence doesn’t come anywhere close to telling the full story.

What might be most striking about Dunkirk is its use of sound. Gunfire doesn’t become background noise in this movie. Nolan wants every gun shot to shake you out of your set. That starts from the very beginning when a group of soldiers is wandering through the deserted streets of the charming coastal commune. A town that once surely thrived with life, that still shows the love and care that people put into gardens, flower beds and cobblestone roads is now empty, save for warring soldiers. The British troops are under attack from German soldiers, nearly all of them getting gunned down. One manages to survive, thanks to another battalion, and he flees to the nearby beach.

Unfortunately, the shoreline, sand and ocean are anything but a sanctuary. Tommy (Fionn Whitehead), the soldier who managed to flee the city now sees how dire the situation is for the Allied troops. Hundreds of thousands of soldiers are lined up with their respective units, waiting for ships to come retrieve them and hopefully bring them to safety. But they’re anything but safe. The setting is relentlessly bleak.

German troops could emerge from the city to attack. Yet a far more dire threat are the airplanes roaring over the beach, firing rounds at the soldiers left in the open, dropping bombs and sinking the ships intended to save those troops. The high-pitched wail of the German fighter planes approaching is far more imposing and terrifying than any sound effect the Star Wars films could design for the TIE fighters. It’s the sound of death approaching. For the soldiers, the noise means what little hope they held is almost certainly lost. It’s a crushing blow to the mind and soul, and these stranded young men are suffering them over and over again.

The troops and the men who lead them — represented by a Naval commander (Kenneth Branagh) and Army colonel (James D’Arcy) — keep trying to escape and survive because there is no other choice. One of the more poignant scenes in the film shows one soldier who has simply given up and no longer wants to struggle. But the others keep fighting, not directly against an opponent, but for their survival. There’s no talk of wives and girlfriends back home. No one shows his mates a picture of the girl waiting for him. Nolan isn’t interested in that kind of cliché at all.

All that matters is staying alive. If a boat is full or has sunk into the sea after being shot and bombed, they wait for the next one. They have to believe it’s coming, even if those boats won’t be the Naval destroyers that would surely help them. Those resources aren’t being spent on what’s viewed as a lost cause. However, even if the military can’t help, many are doing what they can to rescue those troops.

Several civilian sailors have been recruited to take their boats to Dunkirk and retrieve as many soldiers as can fit on their boats. In this story, the effort is represented by Mr. Dawson (Mark Rylance), his son and another boy from their town. These vessels aren’t prepared for war at all. One rescued soldier (Cillian Murphy) points out that these people are taking leisure boats intended for weekend relaxation into battle. They’re sure to get annihilated. Yet all of the civilians feel a strong sense of duty, an obligation to their country and the young men who are fighting for it.

In a film full of stirring examples of courage, these sailors might be the most inspiration of all in their bravery. Rylance is outstanding as a father taking his son into war, not knowing what he may witness or if they’ll survive. But he wants to do what he can and his skill with his boat ends up saving dozens of lives. Murphy plays the opposite end of the spectrum. He’s seen war first-hand and wants nothing more to do with it. He thinks Dawson is insane for intending to go to Dunkirk. Shell-shocked and irrational from battle, the movie almost makes you question whether or not he’s worth saving. But of course he is, regardless of his behavior and actions. The war has taken an unimaginable toll on him. Surviving may feel like a punishment.

Anyone worried that this movie is chiefly concerned with soldiers trying to stay alive, rather than taking the fight to the enemy, will find relief in two British fighter pilots (Tom Hardy and Jack Lowden) dispatched to take out the German airplanes on their way to Dunkirk. While the British fighters are outnumbered, they have the benefit of attacking from behind with surprise as their ally. Their effort can only go so far as their fuel will carry them. But every German fighter they can take down saves countless lives. Between the military support in the air and the civilians at sea, the Allied troops on the beach have more aid than they surely realize while constantly fearing the next attack.

With his recent (non-Batman) films, Nolan has enjoyed playing with the senses of the audience. With Inception, we couldn’t believe what we were seeing. Cityscapes folded on top of one another. Characters weren’t rooted to the ground, but could walk on walls and ceilings. What was real and what was a dream. Interstellar challenged the mind, our sense of time and the ability to comprehend intergalactic distances and new planets. How could love help us overcome when our sense of time and space no longer applied?

And in Dunkirk, Nolan forces us to think about what we hear. Sound is such an important aspect of this film. Silence is sanctuary and every gunshot, every approaching fighter plane threatens what little sense of safety these endangered soldiers have. Dialogue doesn’t matter here, to the point that it’s almost a silent film for the actors. So much is played on the character’s faces, especially Tommy. Branagh’s face also alternates between a portrait of fear and hope. The soldiers facing death do talk to each other, largely out of necessity, especially when they’re at their most scared and lashing out at one another. But what they say largely doesn’t matter. It’s understood and all over their faces. They’re battered and disheartened. They’re fearful for their lives. They’re angry at the enemy.

By challenging what we’re accustomed to seeing, Nolan has created something that feels new. He doesn’t focus on the violence and gore of war, as Saving Private Ryan and Hacksaw Ridge did. But Dunkirk portrays a different kind of horror. Pain and death could come at any moment. And it feels much more harrowing than seeing someone’s intestines spilled out of their bodies on the battlefield. Not many directors could pull this off with such restraint (though it certainly won’t feel like restraint as you’re watching), but Nolan is masterful in his use of sound and visuals. There are several scenes that are simply beautiful to look at, some of them hauntingly so. Perhaps that’s an appreciation of life. Or maybe it’s Nolan giving the audience a moment of peace amidst a narrative of suffering and survival.

Many will ask if Dunkirk is Christopher Nolan’s best film. That’s a topic we’ll likely discuss here at The Comeback over the next week. It very well may be. He’s never been better. But Dunkirk is also a testament to Nolan’s continued growth as a filmmaker. Dunkirk‘s deserted cityscape is reminiscent of visuals from Inception. The landscapes and shorelines recall scenes from Interstellar. Playing with storytelling structure (a curious choice here) is a hint of Memento. Adapting to unusual circumstances feels like a nod to Insomnia. All of these pieces, all of those previous films have made Nolan the director he is today, capable of giving us something we haven’t experienced before.