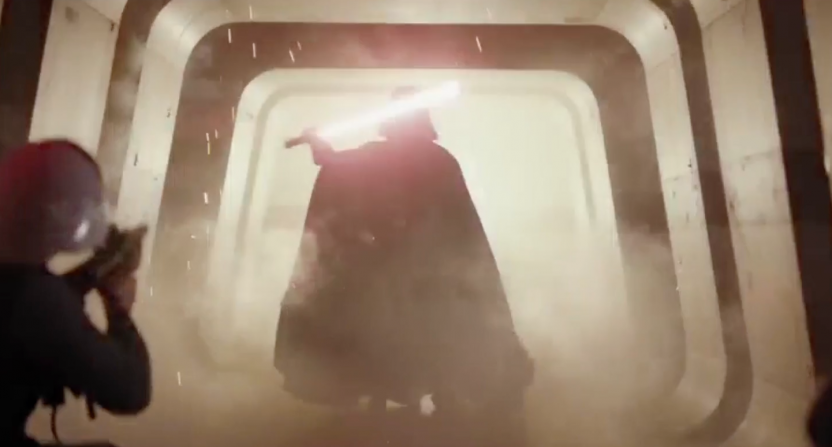 Nearly 40 years separate the release of Star Wars: A New Hope and Rogue One: A Star Wars Story, yet the two perfectly tie-in to one another.

Barre Fong released a dead-on fan edit of the two films, and if you’d hadn’t seen either, you’d think they’re one and the same.

“Rogue One Melded” to “A New Hope” v.2 from Barre Fong on Vimeo.

First and foremost, this isn’t a simple “cut footage from one movie and place it in front of another,” fan edit. The sound mixing and splicing are on point. Undeniably, it feels like a cohesive, linear story.

The video shows how much care was put into making Rogue One feel aesthetically similar to its decades-old counterpart. Star Wars director Gareth Edwards and Disney did an admirable job filling in the blanks of how the rebellion stole plans for the Death Star. Honestly, you can’t tell the difference between which film is which.

Rogue One seamlessly added to a prolific story and made the deadly trek of Jyn Erso and her fellow rebels much more meaningful to the grand scheme of Star Wars. Without completing the nearly impossible job of getting the plans of the Death Star into the hands of Princess Leia, the Star Wars Universe would look profoundly different.

Fictional or not, the group’s courageous fight against the empire means so much more with Rogue One providing backstory.

As long as the Star Wars universe expanding prequels are handled with as much care and delicacy as Rogue One, the future is in good hands. This fan edit reaffirms that.