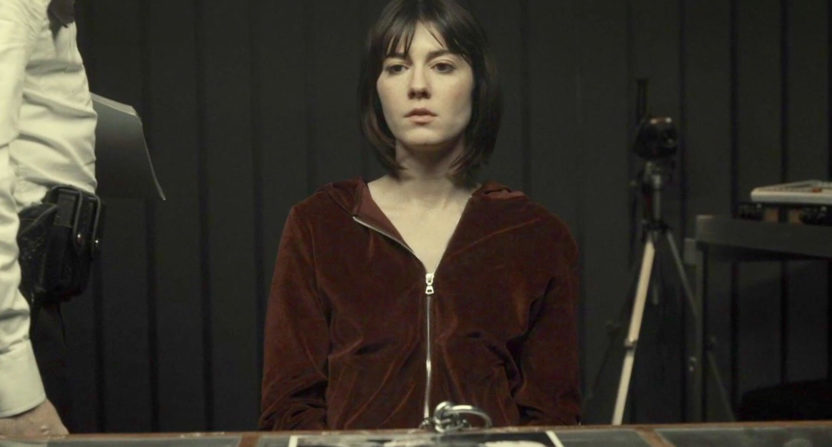 We didn’t get much V.M. Varga in “The Law of Inevitability,” but the British criminal mastermind still loomed as a presence throughout episode seven of Fargo, largely because he’s now camped out in the Stussy mansion as a constant companion to Emmit following Ray’s death. Not even Sy Feltz gets that kind of through-the-night access to Emmit, although he has a home and family of his own to go to.

There have been constant background reminders throughout this season that the story takes place at Christmas time. But no one has really been in the holiday spirit. ‘Tis been the season for many shady business dealings and murders in the St. Cloud and Eden Valley areas. But this episode begins with Varga looking at the Stussy family tree lighting up the room with wrapped gifts underneath. Does he envy what Emmit has?

Then Varga whips out a switchblade and starts unwrapping the gifts. It feels like one of the most monstrous things he’s done. How could he deprive the kids, the family of their holiday joy? But then you remember, Emmit’s wife and kids aren’t staying at the house anymore. Stella left and took the kids with her after discovering the sex tape that Ray and Nikki made for a blackmail scheme. There’s not going to be a Christmas this year at the Stussy house. 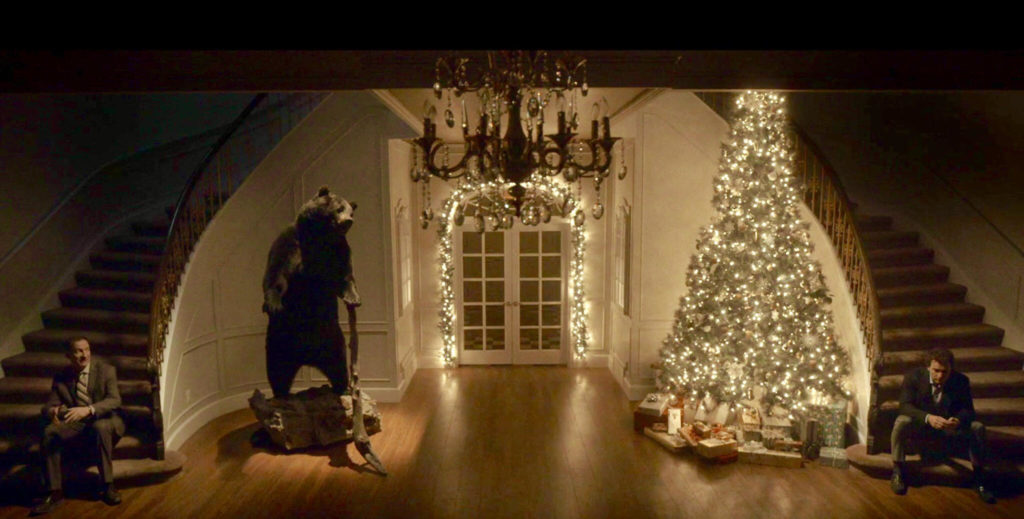 But did Varga’s unwrapping binge really happen? Later on, when Emmit returns home with only the glow from the Christmas tree to provide comfort, the gifts are still intact. Could Varga have possibly rewrapped the packages? He’s a man of details, but that seems like a stretch. Did Emmit imagine the whole thing, thinking of Varga staying in his home? Was this a scenario Sy created in his mind? Or was the whole thing a metaphor for what Varga has done to Emmit’s life?

Varga asks Emmit how he’s feeling in light of his brother’s untimely death (and presumably his family being gone at Christmas). Emmit says he feels free, and sounding as if he hasn’t felt that way in a very long time. He no longer has Ray trying to sponge off or extort him. Maybe he no longer feels like he has to take care of Ray either. Does he also feel free not having to keep up the pretense of being a good husband and father? Was that a facade he always tried to maintain?

Deep down, does Emmit feel Sy has held him back during their partnership. Sy would seemingly do anything for Emmit and obviously cares for him deeply. But maybe he often advised a cautious, conservative approach, while Emmit favored a more aggressive, greedy approach (he admires Scrooge!) that Varga has tapped into. Though Emmit must respect Sy’s loyalty and judgment, maybe he never quite respected him as a person. Again, it’s a feeling Varga may have unleashed with his promises of wealth. 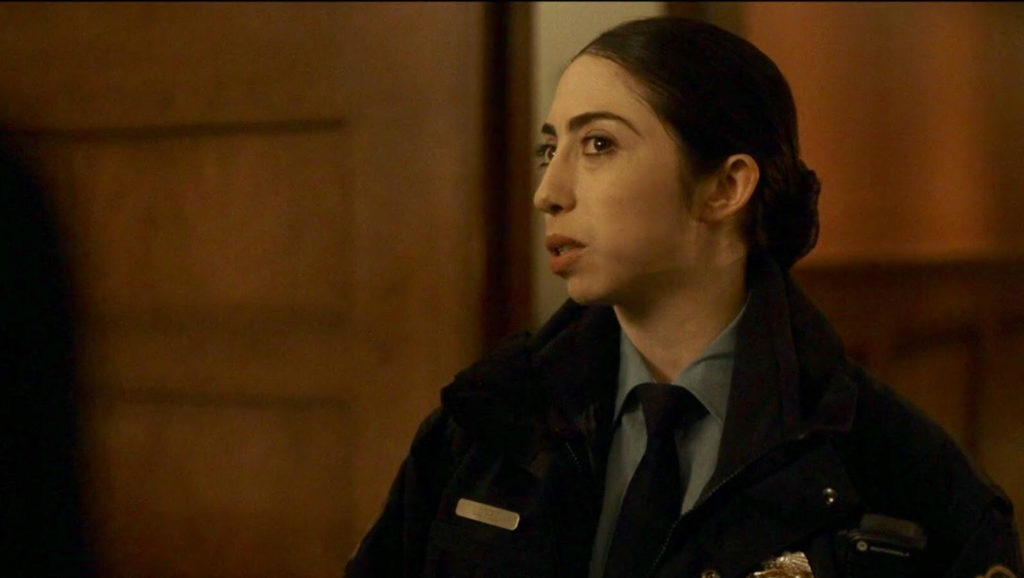 But if Emmit is to get away with whatever Varga has planned, he needs to be better with his lying and alibi. Chief Gloria Burgle and Officer Winnie Lopez discovered Ray’s dead body and know it’s a major obstacle in their case. Yet they can still question Nikki about what she might know. Gloria also astutely realizes that Emmit might be the key and dispatches Winnie to give him the news. How will he react to being told that his brother is dead, seemingly murdered?

After his brother bled out in front of him (and he didn’t help) and Sy asks him to meet with Ruby Goldfarb to possibly sell the Stussy Lots business that Varga promises him will become a money-making conglomerate, Emmit isn’t exactly thinking clearly. He has no sense of tact or courtesy with Goldfarb, likely because he’s confident he won’t sell. And when Officer Lopez tells him about Ray, Emmit blurts out an alibi and points the finger at Nikki far too quickly. Lopez hasn’t even given him any details and he’s trying to account for his whereabouts? Not smooth and entirely too suspicious.

(By the way, how great has Olivia Sandoval been as Lopez over the past two episodes? Or since her character was introduced, really? She’s gone from hokey small-town cop who overshares in bathroom conversation to a damn good cop. It’s all in her eyes, with the looks that she gives Emmit and her boss at St. Cloud Metro.) 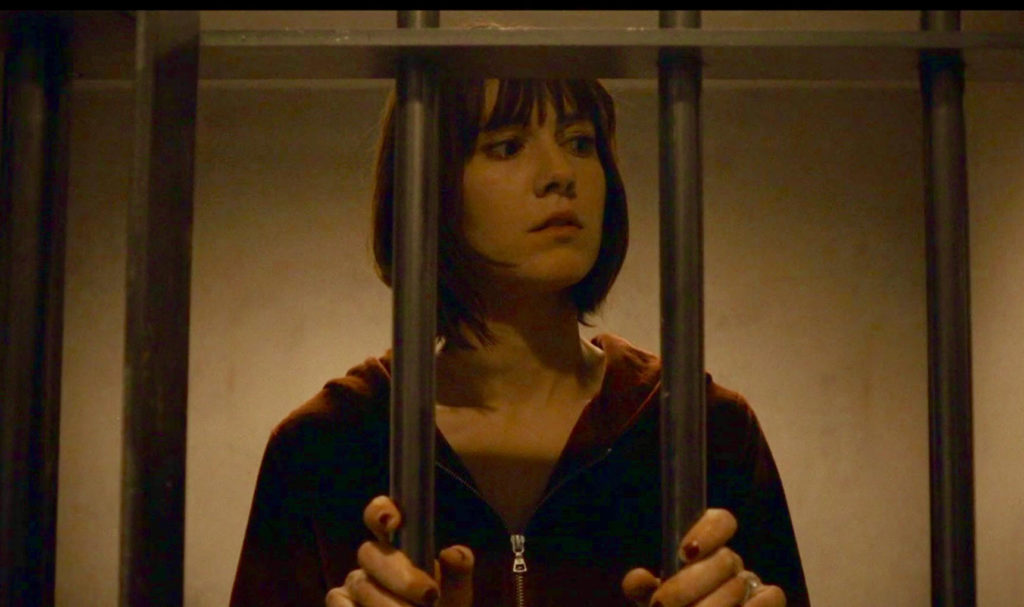 Though Emmit practically admits his guilt with his clumsy, overeager attempt to give an alibi and accuse a culprit, the linchpin of “The Law of Inevitability” is Nikki Swango. She fears something is wrong when Ray takes too long to return to their hotel room, but the cops raid her room — surely tipped off by Meego, who was set to kill her — and arrest her. Despite Nikki being part of Gloria’s homicide investigation, Chief Moe Dammack swoops in once she’s brought into the station. He sees an easy, open-and-shut murder case, even giving Nikki the explanation that could earn her favor with a jury. Ray was beating her, so she finally decided to fight back.

One of the questions lingering throughout the first six episodes of this season has been whether or not Nikki really loved Ray. Ray was obviously deeply in love, imagining a life with Nikki that he never thought possible for himself. He’s always been the loser, but won the best prize, even if she still had a devious mind that fueled Ray’s insecurities and grudges, and pushed him to do things he may never have previously done.

But Nikki has always shown that she’s tough. And not just because she drops an air conditioner on Maurice LeFay’s head when he threatens their robbery scheme. She doesn’t get too affectionate with Ray, even when it’s apparent she’s touched by his earnestness. She refuses to admit that she could be outsmarted, taking it as a challenge to thwart an opponent. Even when Nikki suffers a brutal beating, she opts for ice baths and aspirin over the emergency room.

She gives away a hint of emotion when Dammack shows her the crime scene photo of Ray lying in a puddle of his own blood. But she won’t crack. And she won’t take the buoy Dammack throws her for self-preservation. She won’t lie about Ray like that. Yet Ray’s also gone, leaving her on her own. Unless Chief (for eight more days, including Christmas) Gloria Burgle can help her, get Nikki to confirm all of her theories, and maybe show just how deep Emmit has gotten himself in with Varga. “Follow the money,” Nikki tells Gloria. 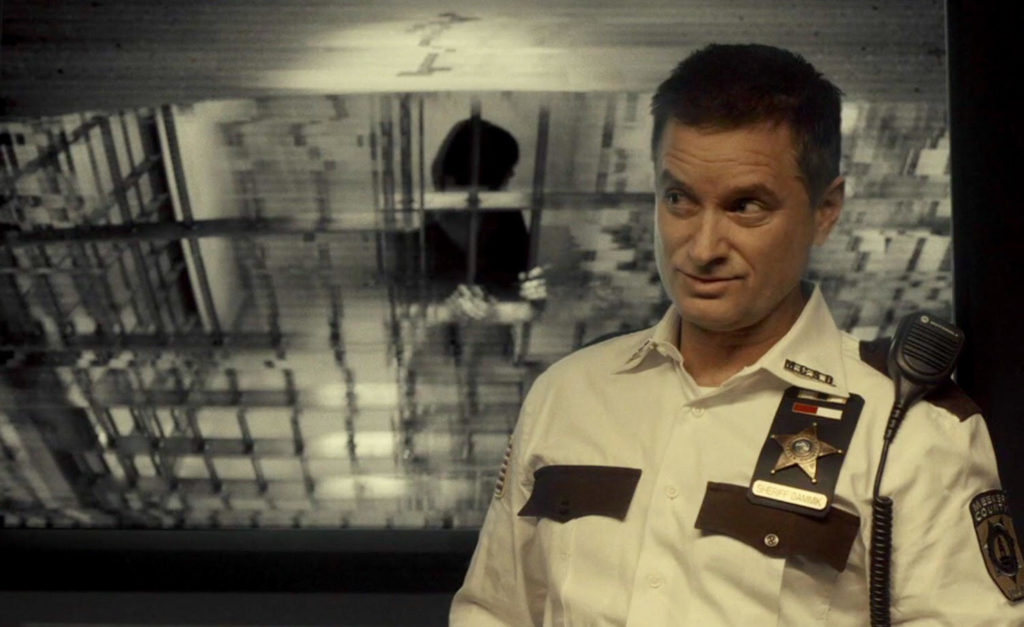 Gloria’s not the only one after Nikki, however. Someone posing as a cop (played by DJ Qualls) tried to stick Nikki with a syringe. Was that to kill her or knock her out so she could be taken away from the police station? Fargo doesn’t typically just introduce a new story element or character out of nowhere, which makes this look like a rare dramatic misstep for Noah Hawley. But there are three more episodes to go, so maybe we’ll find out who hired the fake cop.

Could Varga have possibly hired him? Why not just send Meego to do the job? Or is there concern that the police would recognize him after seeing him at the Stussy Lots offices? Until more is revealed, all we know is that Gloria thwarted the attempt to take out Nikki. And someone on the inside may have helped, killing the cameras just as the fake cop approached Nikki’s cell. (Did Gloria somehow kill the cameras, since technology doesn’t seem to work around her?)

Should we be suspecting Dammack as the inside man? He’s been all too willing to dismiss Gloria’s case, preferring the simple “Mash a potato, know what you get? Mashed potatoes” explanation for Ray’s murder, ignoring the other two homicides that have taken place. Dammack decides to transfer Nikki to a penitentiary, putting her in a position to be abducted or killed by Yuri. (By the way, did you catch that Nikki was sitting next to Mr. Wrench from Fargo‘s Season 1 on the prison bus? I did not, though it was apparent that he was someone we should recognize.)

It’s not Dammack who has the best explanation for what’s going on, but Sy, who cries to his wife after it’s clear that he’s lost Emmit, “The world is wrong. It looks like my world, but everything’s different.” Both would be a good fit in 2017, if either of them make it that far.