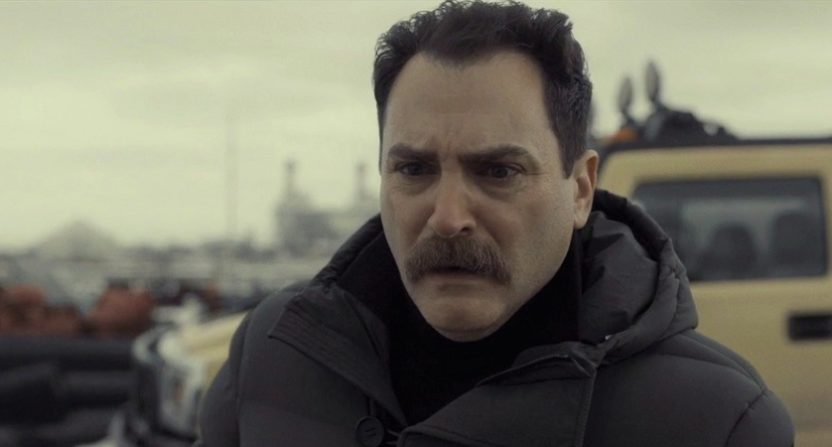 The blood feud between Ray Stussy and Emmit Stussy claimed its second innocent victim in “The House of Special Purpose.” The first was Ennis Stussy, killed for having the wrong last name and first initial in a fatal case of mistaken identity. Now Emmit’s wife, Stella, has been drawn into the conflict between the twin brothers.

OK, the envelope left on the Stussys’ front porch did say “Emmit Stussy (Your Eyes Only),” so Stella arguably has only herself to blame for causing herself the emotional pain of viewing a sex tape supposedly involving her husband and his secretary. But Nikki Swango and Ray surely knew that Stella would take a look inside such a tantalizing envelope left out in the open. And Stella never had any reason to think that Emmit would have something to hide from her. Stella!

But Nikki’s greed and twisted ambition has now torn apart Emmit’s family, something Ray surely never intended to happen. He just wants to be viewed as an equal by his brother and get a piece of what belongs to their family. And he really wants to marry Nikki and live whatever kind of life means happiness for them. But he’s gone down a dark path with her, one that could have irrevocable consequences for everyone involved.

If most episodes of Fargo can be distilled to “Who had the worst week?” Nikki is probably the strongest candidate. As mentioned, her ambition and greed is pushing her deeper into trouble than she likely ever imagined. She’s not afraid of Emmit — nor his right-hand man, Sy Feltz — but in concocting this sex tape/blackmail scheme, Nikki raised the stakes significantly from a family feud that involved some robbery and extortion. 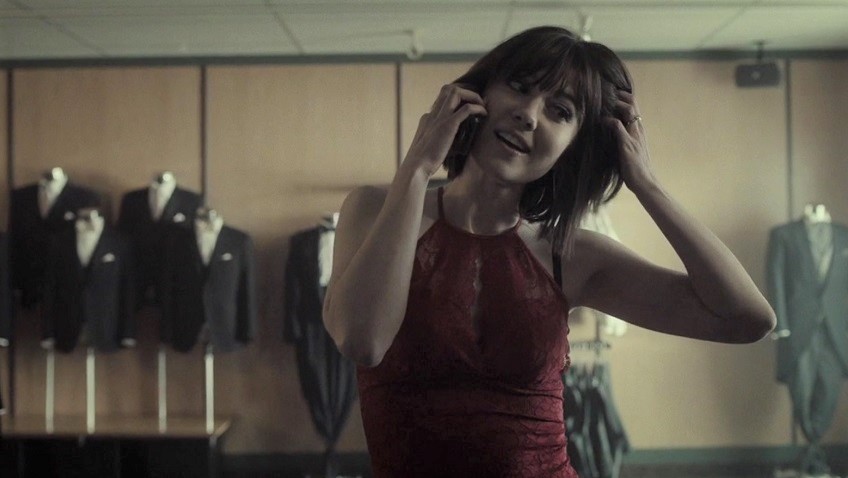 Perhaps the biggest relief from this episode was the revelation that Nikki didn’t die following the severe beating she took from Varga’s thugs, Yuri and Meemo. It certainly didn’t look good for her, however, based on the number of blows she took from Yuri’s bludgeon. Had those been administered to her head, Nikki almost certainly would have been killed. But with the beating taking place behind Nikki’s car, Sy doesn’t know that and probably thinks she’s dead.

What we’ll never know is if Sy might have tried to threaten any violence against Nikki or inflict some on his own? What exactly did he have in mind when inviting her to Stussy Lot 350 for a secretive meeting? Did Sy think he could intimidate Nikki into asking for a lower sum? He already used the photos he took of Ray and Nikki together, hoping to either get Ray fired or Nikki put back in prison. Does he have anything else on her? Or would he have ultimately just run into her RAV4 with his Humvee and left her stranded in that undeveloped lot?

As viewers, we were surely led to think that Nikki might be dead too. It certainly didn’t sound good for her. And that would have been a bold, shocking move by Noah Hawley to eliminate a character halfway through the season. Did the thought cross your mind during that beating that Nikki might no longer be part of the story? She looked in bad shape in her bathtub when Ray found her. But rather than put her out of commission, getting beaten up likely strengthened her resolve — especially if she thinks those thugs work for Sy. This thing is getting even uglier. 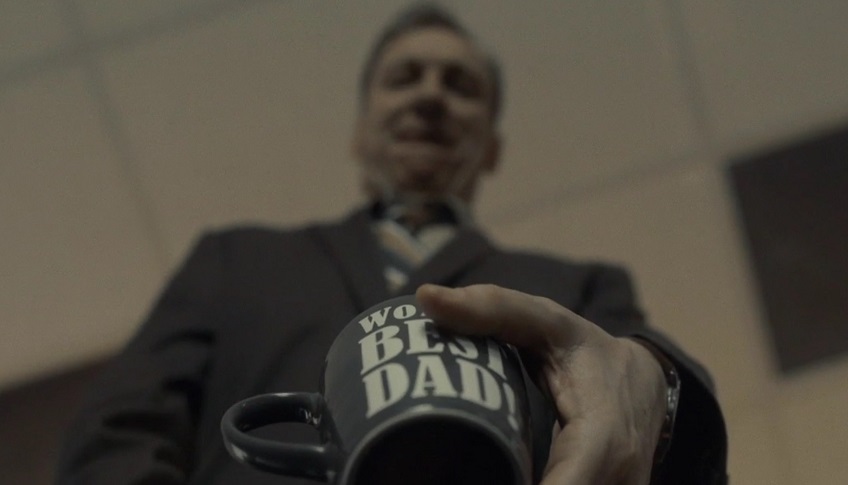 Yet a good case could also be made for Sy having the worst week in this episode. No, he wasn’t beaten to within an inch of his life. But V.M. Varga dipped his dick into his coffee mug, and Sy was forced to drink the water in that mug for having talked to the police. As Sy explained, Officer Winnie Lopez (St. Cloud Metro) was inquiring about the Humvee licensed to the Stussy Lots company being involved in a fender-bender with Ray’s Corvette and an bystanding Subaru. So maybe he didn’t deserve to be on the business end of “fornicating with cookware,” as Sy so wonderfully put it.

Although if Varga knew that Lopez and Eden Valley’s former police chief Gloria Burgle were connecting the dots between the feuding Stussy brothers, Maurice LeFay and Ennis Stussy, maybe he would have done something worse to Sy’s mug and the water in it. Or perhaps Yuri and Meemo would have inflicted a punishment even more humiliating or painful on Sy. Gloria and Winnie are closing in hard, even if it’s with evidence that baffles dumbass deputy Donny and doesn’t impress new chief Moe Dammack. At least this time, Dammack didn’t dismiss Gloria’s argument with a story from the war in Afghanistan, though that rejection was no less frustrating to our favorite Eden Valley police officer.

Dammack might be right that Gloria can’t prove anything right now. But Ray doesn’t have the criminal mentality that his fiancée does and if the two cops apply more pressure, he could very well crack. Both cops see through his story and thin denial, and Gloria looks like she’s well on her way to figuring out how to get him to confess. Is it at all possible that Nikki getting beat up lets his defenses down or somehow compels him to seek some protection from the police? Maybe eventually. For now, Ray and Nikki likely have revenge on their minds. 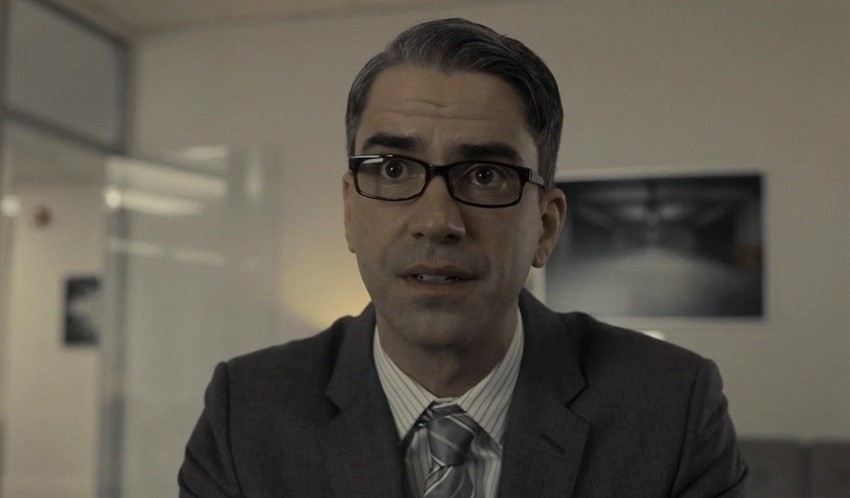 But wouldn’t it be a hell of a thing if the IRS ended up taking down Varga and Stussy instead? At the end of the episode, Emmit was visited by Agent Dollard (Hamish Linklater, keeping his wagon hitched to Noah Hawley after Legion), following through on routine procedure after $10,000 was withdrawn from that big Stussy bank account. Emmit doesn’t tell the truth, knowing the can of worms it would open, chalking it up to an extravagant withdrawal by a guy who has the money. (If Ray had only withdrawn one less cent from that account.) Dollard wants a look at Stussy’s books, which have now gotten a lot more complicated with Varga forcing him into a partnership.

Sy has been looking for an exit strategy, hoping to interest the widow Goldfarb (Mary McDonnell) into buying a share of Stussy Lots. Goldfarb is more interested in acquisitions, however, and politely threatens Sy with competition if Emmit isn’t willing to sell. Parking lots, cemeteries, self-storage facilities. It’s all about land, isn’t it? At least in Goldfarb’s view. Emmit might be harder to convince and Varga will almost certainly try to kill any deal, but Sy sees Goldfarb as their escape plan.

Could Dollard and Goldfarb both reach grisly ends at the hands of Yuri and Meemo? That seems to be Varga’s way of doing business, unless eliminating an IRS agent and a wealthy widow both involved with the Stussy Lots business draws too much attention. Knocking those two off would also be too clean of a resolution dramatically. Hey, we’ve got five more episodes to go in this season, don’t ya know? And Fargo likes to make the story messier and messier as it goes. No one is getting off that easily.