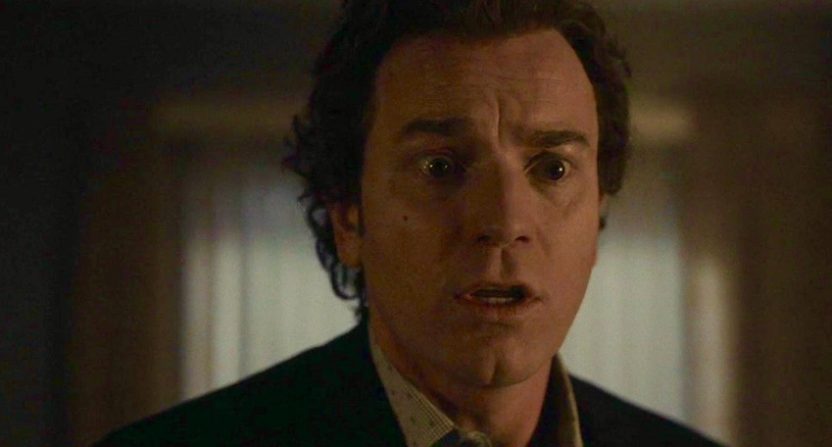 Ray Stussy was probably never destined for a glorious ending. Though he certainly envisioned a happy life somewhere after marrying Nikki Swango and living off whatever money they stole from his brother, Emmit. Maybe that life didn’t even have to be happy. But Ray loved Nikki. She appeared to love him back. And that may have been enough for a guy who always felt like second-best, the loser, the black sheep of his family.

But whatever hopes and dreams Ray envisioned for himself aren’t going to happen. After he was ready to go after V.M. Varga and his two thugs that brutally beat up Nikki, it was easy to imagine that Ray might have died jumping into a situation for which he wasn’t prepared. Sure, he had a gun and maybe an element of surprise, but looking to attack two professional killers was almost certainly not going to end well. Nikki stopped him, knowing he was out of his league. (Deep down, maybe she realized they were both in way over their heads, though Nikki seems to think she can outwit any adversary and relishes the challenge.)

Ray didn’t go out in a blaze of glory, however. It was a sad death borne of his own ego and stupidity. His basement apartment had previously been a sanctuary while Nikki tried to recover from her injuries (opting for ice baths and aspirin over getting proper treatment in an emergency room for fear of being found by the police or Varga’s men). But when chief (not former chief when it matters) Gloria Burgle and officer Winnie Lopez knock on Ray’s door and start looking around outside, he decides that he and Nikki need to get out of there. The heat is on. Sanctuary is now a cheap motel outside of town. 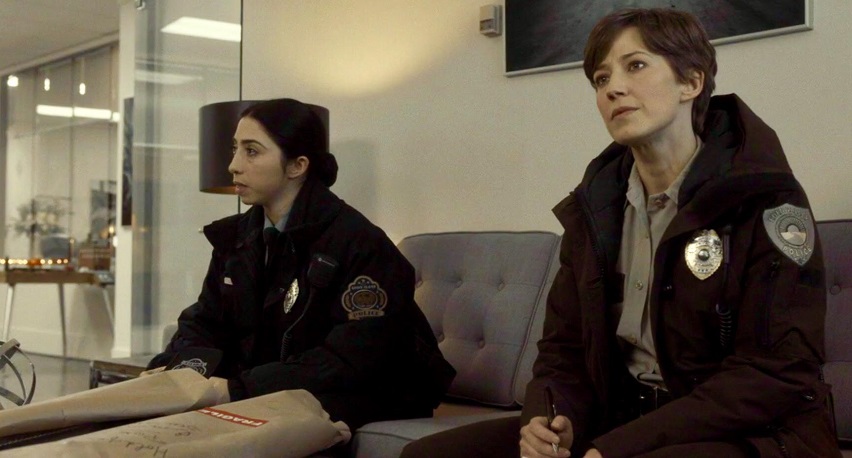 But there’s no hiding for Ray and Nikki. Earlier on, Burgle and Lopez stopped by the Stussy Lots offices to question Emmit about his relationship with his brother. The traffic violation may have gotten the police in the door, but it’s not the main investigation anymore. The two veteran officers have connected the dots. Lopez was originally looking into Sy’s Humvee smashing into Ray’s Corvette (and causing damaged to another car in that restaurant parking lot), but quickly figured out that the Humvee belonged to Emmit’s company. So if there was a conflict that resulted in a clash of vehicles, did that indicate bad blood between the brothers?

Once Winnie posed that possibility to Gloria, the missing link in her case clicked. Why was Ennis Stussy seemingly murdered and his house ransacked for no apparent reason? Why did Maurice LeFay kill her stepfather? But Winnie provided the connection Gloria needed. Ray was LeFay’s parole officer. His last name is Stussy. His brother’s last name is Stussy and he has the first initial “E.”Emmit lives in Eden Prairie, Ennis lived in Eden Valley. That’s why LeFay tore the page out of the phone book. He’d lost the directions Ray gave him. Now this case was making sense. It wasn’t about anything her stepfather may have done in his past life. He just had the wrong name in (sort of) the wrong town.

Burgle and Lopez have this all figured out. They just need proof, which Gloria’s boss Moe Dammack has pointed out they don’t have. So without any hard evidence, she and Lopez decide to ask Emmit some questions. Upon seeing two police officers enter Emmit’s office, Varga jumps in to protect Ray from himself. Making matters worse, he tries to stonewall and intimidate Burgle. But though we’ve mostly seen Gloria as a simple small-town police chief, this clearly isn’t her first rodeo. She puts Varga in his place by correcting him when he calls her “Detective.” No, it’s Chief. (Hey, the badge and nameplate still say so, even if new chief Dammack want to take that away from her.) 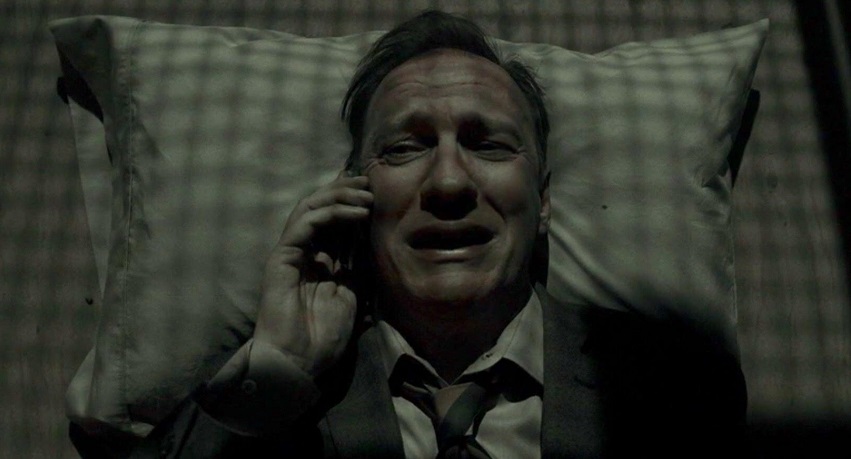 Could Gloria’s aversion to technology and the Eden Valley police department’s lack of computers actually work to her advantage? After the office encounter, Varga goes to his truck trailer lair to Google her and ideally find some bit of information that he can use against her or her family. Yet Varga’s search turns up nothing. No information on a Gloria Burgle in Eden Valley. That doesn’t even seem possible in 2010. A marriage announcement? A local newspaper story in which she provided a quote on a crime or other police matter? Is this because she has likely never been online? Is “Gloria Burgle” an alias? Is she an alien from that UFO in Season 2 of Fargo? Whatever the reason, one of Varga’s best weapons has been neutralized.

Nonetheless, Varga manages to stall Burgle and Lopez’s questioning through evasive answers, non sequiturs, and finally just telling them to leave. But he has hardly thrown the police off the scent. It’s apparent that Varga (who refused to identify himself) was trying to protect Ray and speak for him. Yet that just made it more obvious that Emmit has something to hide. Both veteran officers know something isn’t right, but need another way to the truth. That leads them to Ray’s apartment, applying the heat that puts him and Nikki on the run.

However, the heat that Ray and Nikki should really be worried about is coming from Varga. Not a fan of loose ends, he sends Yuri to Eden Valley to get the Ennis Stussy case file while dispatching Meemo (who showed he’s more than just a thug by convincingly acting as a lawyer who gets IRS agent Dollard to curtail his investigtation of the Stussy Lots books and leave their office) to take care of Ray and Nikki, who have become too much of a problem by drawing the police in with their family squabble. Meemo follows them to the motel and is ready to kill Nikki when Ray goes back to his apartment to retrieve the stolen money that he forgot to pack in their mad rush to flee. 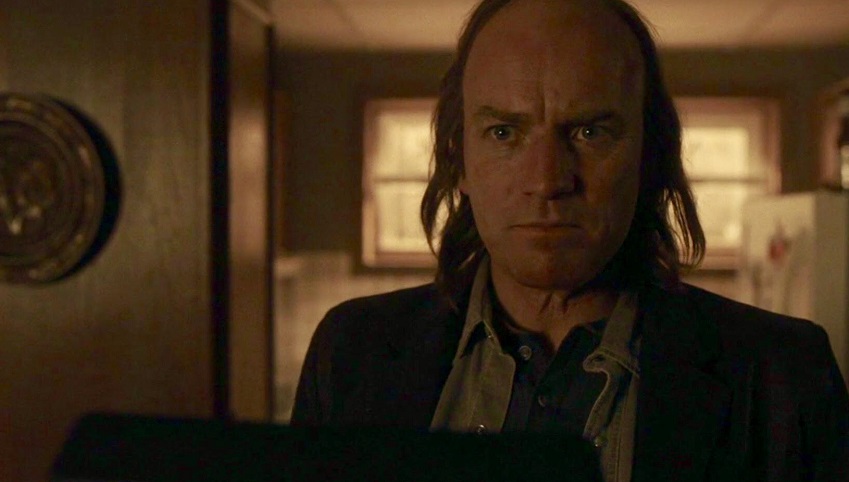 But Emmit is waiting at Ray’s apartment (he has a key because he co-signed the mortgage, which is another source of embarrassment for Ray) and wants to confront his brother. Thanks to the police, Emmit realizes that his brother tried to steal the stamp from him (the stamp which Nikki also attempted to steal from his house, and Ray hoped to get out of a bank safety deposit box). If that’s the source of all the bad blood between them, which is also now drawing the police’s attention to his business dealings with Varga, whatever reasons he had for keeping the stamp in the first place no longer matter. He wants to give it to Ray. Let bygones be bygones.

Unfortunately, Ray just can’t quite accept what he perceives as a handout, as Emmit taking pity upon him because he’s so much more well off. So even though it would seemingly solve all the issues between them, Ray’s resentment — which has surely been inflamed by Nikki — runs too deep. He refuses his brother’s gift and a tussle in which the brothers push the framed stamp back and forth at each other results in the glass shattering on Ray’s face. Even worse, one of the shards of glass has stabbed into Ray’s neck. And because poor ol’ Ray just isn’t the smartest fella, he pulls out the piece of glass which causes him to bleed out on the living room floor.

Emmit tried to tell Ray not to do pull the glass out, but how hard did he try really? And he made no effort to apply pressure and stop the bleeding. He just stood there and watched his brother die. Was that because he didn’t want to (literally) get his hands dirty or have his brother’s blood on his hands? Did he not want to leave any fingerprints, as Varga astutely noted? Though Emmit claims to be an upstanding citizen and good person (everyone likes him, according to him), we’ve seen his darker side when Varga talks about their partnership making him extremely wealthy. And maybe it showed itself again as Emmit saw all of his troubles going away as the blood poured out of Ray’s neck.

However, in one last unwitting act of love, Ray ended up saving Nikki. Varga called Meemo in to help with the clean-up, meaning he couldn’t stay in Nikki’s motel bathroom to strangle her. It wasn’t the ending he wanted, but Ray saved the woman he loved.