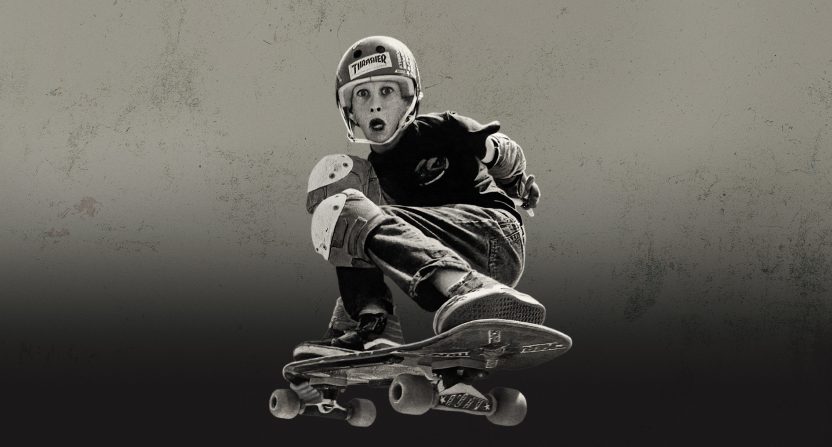 If you’re looking for a great documentary, here are five that stood out in 2022:

5. Tony Hawk: Until the Wheels Fall Off

The opening sequence is mesmerizing: Tony Hawk repeatedly trying to land a trick as his body painfully slams to the ground. He’s not a young man anymore. He’s 54. He’s rich. But fame and fortune were never the driving force. Hawk still maniacally practices even as his 6-foot-3 frame sometimes pays a price. That’s what skateboarders do. Or at least, that’s what this skateboarder has done since he was a phenom. Hawk will keep at his craft “until the wheels fall off.” He didn’t invent skateboarding, but he certainly popularized it. He has been the sport’s most important ambassador thanks to determination and good fortune. Director Sam Jones reveals the persistence behind the icon.

Related: Tony Hawk: Until The Wheels Fall Off is a masterful sports doc, and one that goes well beyond him

4. Girl in the Picture

It seems like we all discovered Abducted in Plain Sight at the same time. At the height of the pandemic in 2020, we were amazed and horrified by this documentary that was originally released in 2017. From director Skye Borgman comes another hard-to-believe true story involving murder, kidnapping, and family secrets. As with Abducted in Plain Sight, the interviews are astonishing. Borgman has an uncanny knack for getting the most from her subjects. And also like Abducted in Plain Sight, Girl in the Picture will leave you feeling angry that more wasn’t done to protect the innocent. Of course, it’s sometimes easier to recognize crime in hindsight as opposed to when the events are unfolding in real time.

Why is it important to study the past? It’s to learn how long-ago events affect people today. You might gain a better understanding after seeing this sobering film about the descendants of the last known American slave ship that illegally smuggled 110 imprisoned  Africans across the Atlantic in 1860. When the remains of the Clotilda were finally found in 2019 in Mobile, Alabama, the discovery made national news. Here was tangible proof that the ship existed and confirmation of stories that had been passed down from generation to generation. Descendant goes beyond the once-lost vessel to interview the descendants of those Africans. It looks at their lives now as well as the family who financed the infamous mission and allegedly sank the boat to cover up a crime.

If Wes Anderson ever made a documentary, it would probably look like this. Katia and Maurice Krafft were married volcanologists who dedicated their lives to studying and filming volcanoes. They became celebrity researchers within the scientific communities due to their adventurous style and wonderful storytelling. The Kraffts also captured fantastic footage of active eruptions and lava flows. These beautiful images are what make Fire of Love so special. It’s also fun to see the quirky Anderson-like chemistry between Katia and Maurice over their shared love of the power of nature. They took risks that many would not for their studies. Was it foolish bravado or just pure passion? Watch and decide for yourself.

1. Trust No One: The Hunt for the Crypto King

If you’ve been following the collapse of FTX, you’ll want to check this one out. The best documentaries take you inside a world you may not understand. For many, there remains a certain level of confusion around cryptocurrency. Well, in Trust No One, you don’t have to know anything about this subject matter to appreciate this bizarre story. Director Luke Sewell does an excellent job of having his interviewees walk you through the complexities and jargon of this financial true-crime tale. The story involves a mysterious death, missing millions, fraud, and conspiracy theories. Trust No One examines this question: Did a 24-year-old tech entrepreneur fake his own death so that he could run off with other people’s money?