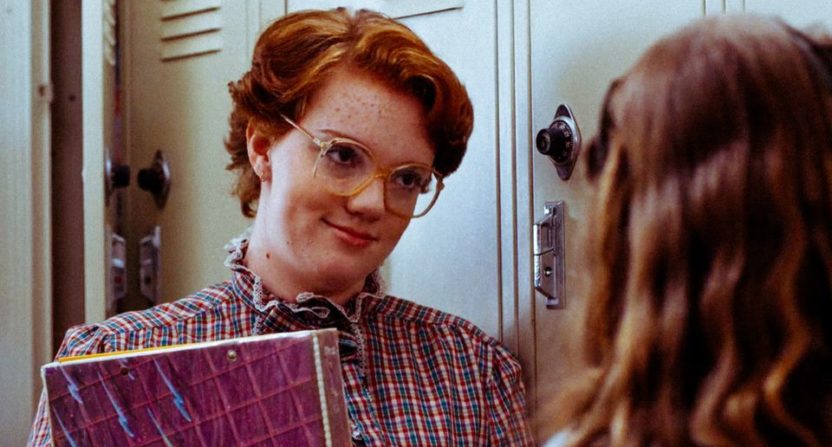 Let me preface this deranged rant by saying this: Getting mad at award nominations is stupid. Voters tend to cast their votes for the best eligible television shows based on popularity more than actual merit. It leads to some mind-numbingly baffling nominees. All-in-all, I’ve got nothing to be mad about. Yet, I’m MAD ONLINE.

Here are four nominations (or lack thereof) that made absolutely no sense.

Remember Barb from Stranger Things? The memed character that took the internet by storm after appearing in the popular Netflix series for about four minutes total?

Literally, all the character does is nag Nancy and sit by a pool.

No disrespect to Shannon Purser, who I like as an actress quite a bit. But this was a bit part that didn’t really require any heavy acting chops. Barb was more memorable for her lack of screen time than anything she did on the show. Alas, Emmy voters opted to nominate a character who probably had the least screentime of any nominee ever.

House of Cards has never really been that good. Instead, the Netflix drama was filled with great performances from the likes of Kevin Spacey, Robin Wright, Kate Mara, Corey Stoll, and Michael Kelly. I could see why the show got nominated for Outstanding Drama in its first two seasons. However, the show completely fell off the rails in season three, didn’t get much better in season four, and was borderline unwatchable in season five.

What did help Cards in earning a nomination is the completely ridiculousness political climate currently in the United States. Plus, with prestige performances from Spacey and Wright, it’s almost a sure thing the show will get plenty of Emmy nominations despite diminishing returns.

One nomination for The Leftovers

The Leftovers third season was incredible, and far away the best drama on TV. However, without getting nominations in either of its first two seasons, the chances it would earn one now were unlikely. But that doesn’t excuse the lack of nominations for Carrie Coon (she got one instead for Fargo), Justin Theroux, or the incredible direction from Mimi Leder.

HOW DO YOU NOT NOMINATE THIS (SPOILERS).

It’s a shame The Leftovers had to go out without getting respect from Emmy voters.

Modern Family isn’t a bad show, but it’s well past its prime. In its eighth season, the ABC comedy has basically accomplished all that it can and is now on “The Simpsons” zone where it’s only still on because it gets great ratings and makes the network a shit load of money.

Was it one of the best six comedies on TV? Absolutely not. Now would have been the perfect time for voters to transition the nomination to an up-and-coming show like HBO’s Insecure, NBC’s The Good Place or TNT’s Search Party. Instead, it’s more or of the same thing. Modern Family won’t win this award.

1 thought on “Four of this year’s strangest Emmy nominations”