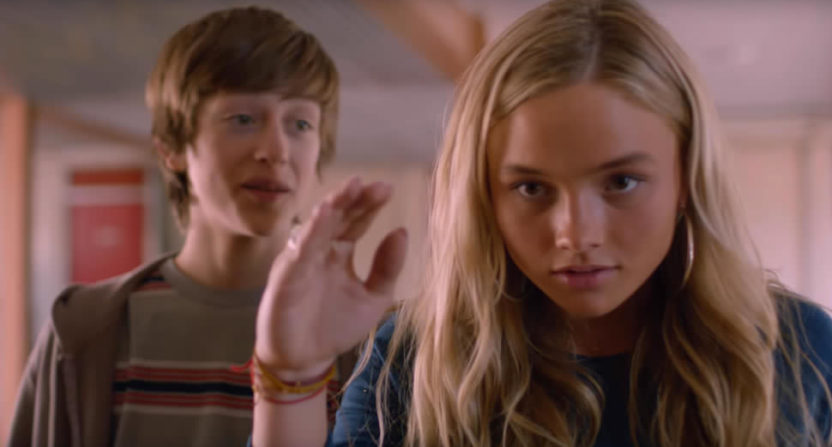 The Marvel and X-Men TV universe continues to expand. On the heels of FX’s hit Legion and trailers for the upcoming Freeform series Cloak and Dagger and Hulu’s Runaways, Fox has released a first look for the previously secretive drama The Gifted.

For an X-Men-based series, the premise is straightforward. A married couple (the Struckers, True Blood’s Stephen Moyer and Person of Interest’s Amy Acker) discover that their teenage son (Percy Hynes White) and daughter (Natalie Alyn Lind), one a loner and the other a popular high schooler, have mutant powers. Upon learning about their children’s mutant abilities, the family goes on the run from the government and joins and underground group of mutants. It’s an X-Men story with a classic on-the-run TV premise.

It’s hard to trace which comic book characters the Strucker family might be. (Are they somehow related to the Baron Stucker seen in Avengers: Age of Ultron? It’s probably not a direct connection, given the separation between the Marvel and X-Men cinematic universes.) I’d guess the children’s powers are barrier creation and anger-induced particle manipulation. Although that’s just a hunch based on the small glimpse we’re given.

What we do know, however, is Sean Teale will be playing the proton-bending Eclipse, Emma Dumont will play Magneto-lite in Polaris, Blair Redford is Thunderbird, a superhuman marine, and Jamie Chung will play the teleport Blink. The latter is specifically interesting as Blink was already introduced in X-Men: Days of Future Past, played by Fan Bingbing. That brings up continuity questions, but the X-Men universe is already so muddled continuity-wise that it doesn’t really matter if a different version of the character will appear on the small screen.

There’s nothing groundbreakingly weird in this trailer like with Legion, but there are some hints towards further expanding the X-Men universe in new ways. The trailer shows off what appears to be Sentinel-esque spider robots.

Furthermore, the current state of the X-Men in this story appears to be completely unknown, as the disheartening statement “We don’t even know if the X-Men exist anymore” is uttered. The glimpse doesn’t offer much, but certainly lays the groundwork for what should be an excellent addition to the X-Men canon.

Gifted doesn’t have an official premiere date, but the show will premiere on Fox during the 2017-18 television season. (Reportedly, the network is eyeing a fall debut.) The series is created by Matt Nix (Burn Notice) with the pilot being directed by X-Men live-action visionary, Bryan Singer.