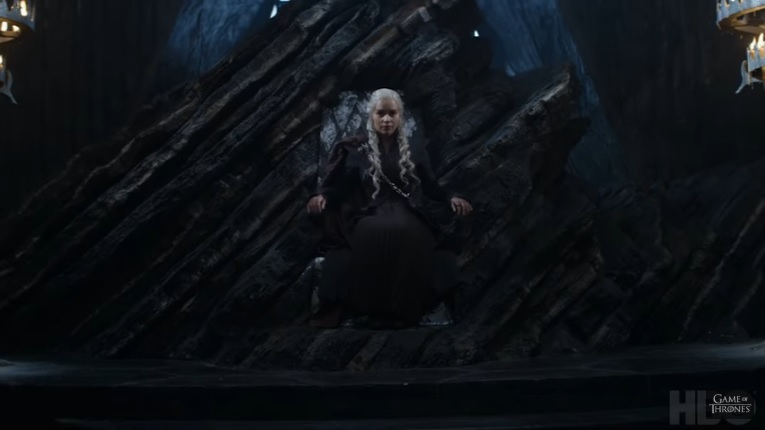 As of March 30th, there are still 108 days until Game of Thrones season 7 premieres on July 16th. Despite the fact that HBO’s hit show won’t return for a little under four months from now, the network has released the first promo trailer for the upcoming season.

The teaser trailer reveals basically nothing and shows very little new footage. However, some of the new video in the promo is very meaningful.

That all changed in the teaser trailer, as Dany can be seen walking through the halls of what is likely Dragonstone and sitting in what looks like a throne, albeit an uncomfortable one, in the Dragonstone throne room.

The majority of the promo is the trio walking and one could argue Cersei, Snow, and Dany are the three most important characters left. However, one other person/thing/character does make an appearance and it’s a big one: the Night’s King.

It’s interesting to promote the three leading characters and the Night’s King in the same first promo for the penultimate season. Based on where the story is going, it seems likely most of season seven will pit Cersei against Dany and Snow against The Night’s King. Only time will tell who wins each of those battles, or if those battles even play out this season.

Now keep in mind this teaser is the first to show actual video and/or audio of the new season. When HBO announced the July 16th release date, they released the following teaser that didn’t include any new video or audio.

For reference, here’s how far in advance the first teaser trailer and full length trailers were released in advance of season six last year.

First Teaser Trailer with video/audio from the new season: February 14th, 2016 (70 days before the premiere)

Various other teasers were released in between those trailers, such as a short March Madness promo, but those were the key dates and trailers released by HBO ahead of season 6.

Here is the teaser one more time so you can watch it in all its glory through the show’s official Twitter account.