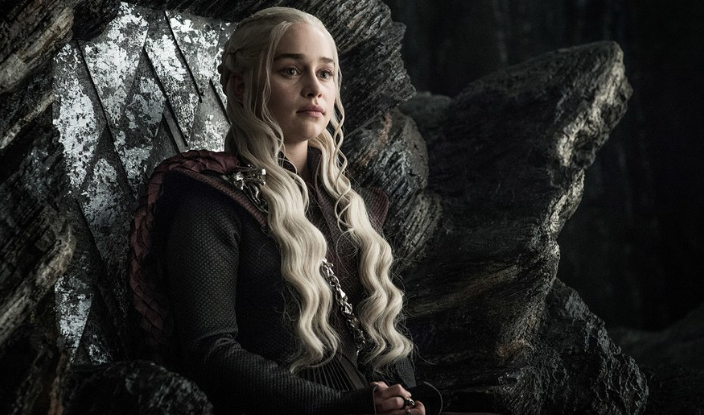 Game of Thrones is arguably the biggest pop culture and entertainment phenomenon in the United States and maybe even the world. Despite this praise and perfect storm for HBO, the hit series is wrapping up after one more season either in 2018 or 2019.

But the universe in which Game of Thrones lives isn’t being put to rest – only the specific events unfolding in Westeros on HBO right now are. Up until Wednesday, there were four prequel series being developed by HBO, but that changed when Entertainment Weekly broke the news a fifth is currently being written.

HBO’s programming president Casey Bloys has said it’s likely only one of the prequels will make it to air, but that shouldn’t be the case. HBO shouldn’t necessarily green-light multiple series for multiple year runs. Instead, the TV giant should green-light all five of them for one year runs to create a five-year anthology series.

Anthology series have done well in recent years. Fargo has received plenty of praise for its current three-year run, although the most recent third season did receive some negative press. American Horror Story is on its seventh season as an anthology series and is still going strong. True Detective was a hit for its first season on HBO before stumbling in season two, but despite said stumble, it has been picked up for a third season.

At times, it has appeared that Bloys may have hinted toward an anthology style series, but the majority of the time the programming president makes it seem like HBO will only pick up a single prequel.

“I want to put the prequels in context,” Bloys began. “It should go without saying I love having a show with this much intense interest around it. Even the smallest bit of information is a big deal and I appreciate that. But I wanted to make sure fans know this is a really embryonic process. I haven’t even seen outlines.

“In the press at large, everybody said, ‘there are four spinoffs’ and they assume that means each one is happening and we’re going to have a new Game of Thrones show per quarter. That’s not what’s going on. The idea is not to do four shows.”

However, the idea I’m proposing wouldn’t require HBO and the Game of Thrones crew to do a new show per quarter or four shows at all. Instead, do five prequels as standalone movie-style seasons. Here are a few reasons why this could be an advantage for HBO and pay off for them in the long run.

1. By creating all five at once (or at least over a five-year span), HBO prevents itself from picking one that falters:

The likelihood that HBO green-lights one of the prequels and it ends up being bad is extremely low, but it is a possibility. By producing multiple in an anthology style prequel series, HBO creates the opportunity of bringing fans back every year, whether they liked the previous season or not, because it’s a fresh new season and story every time.

One big reason why five different prequels are being written is because of how big of a universe GRRM created when writing the original A Song of Ice and Fire novels. We don’t know what each prequel is about specifically, but the world Game of Thrones exists in is so massive that it’s likely none of the five overlap. So if that’s the case, why not explore as many avenues as possible?

3. This would give multiple writing teams a chance to flesh out their story and keep it concise:

One issue with the original Game of Thrones series is that because of how long it has been on, some issues popped up in Season 7 that people never would have dreamed would have occurred when watching Season 1 (like time travel and no longer killing main characters).

By giving each writing team one season, they could establish the rules in which their own mini universe lives and only have to worry about them for one year instead of running the risk of falling into the same issues the current Thrones is finding itself in right now.

4. This could prevent other networks or studios from picking up on what HBO missed out on:

I don’t know if HBO has ownership over GRRM’s universe in terms of on screen entertainment, but if it doesn’t have complete ownership, that’s another reason for the anthology series. If HBO only picks up one prequel and then the writers of another prequel take their series elsewhere for someone like Amazon to pick up, HBO could be missing out on a smash hit. If HBO owns the ‘intellectual’ rights to all five of the prequels regardless of if they get produced or not, well then this paragraph has been a waste of time.

This is the big one. Part of the reason why these prequels are getting made is because fans still love Game of Thrones. Because the story of the original series needs to be wrapped up, HBO sees its opportunity to keep the universe alive by producing other stories. In doing so, fans will still be tuned into HBO to see as much of Westeros as they can.

If the network only does one, well then by the end of its run fans may still want more and then HBO may decide it needs to keep creating series over and over, which could end negatively if the stories get tired or repetitive.

There are too many reasons to do these prequels as an anthology series, many of which I didn’t mention. But at the end of the day, the biggest one may be if HBO is spending the time and money on great writers and producers to develop these prequels, why not make as many of them as possible without having to create too many Game of Thrones style shows which Bloys himself said he wants to avoid.

It’s simple, give each team one season and watch them thrive. By creating an anthology series where each writing team gets one season, Bloys is getting everything he wants while also avoiding everything HBO doesn’t want.

Happy Birthday to Me 😀 pic.twitter.com/W9Xkp2uA8r