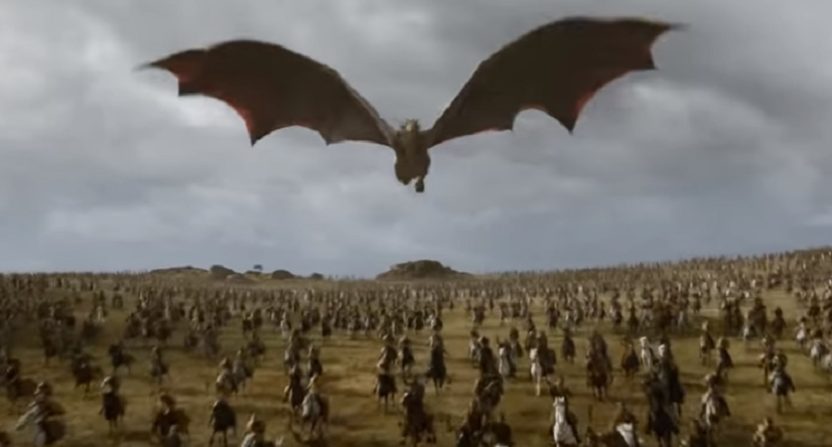 Cersei Lannister (Lena Headey) is almost reciting the lyrics to “Stuck in the Middle with You” to begin the long-awaited trailer for Season 7 of HBO’s Game of Thrones. “Clowns to the left of me, jokers to the right, here I am — stuck in the middle with you.” (Someone will surely make a video with that theme over the trailer.) King’s Landing might be stuck in the middle with her kingdom and troops, but she’s ready for a fight. Daenerys Targaryen and Jon Snow are on notice. War is coming.

Enough with teasers and botched reveals. Finally, here’s a good two minutes of footage to savor:

If large-scale battles are one of your favorite things about Game of Thrones, Season 7 looks like it will provide plenty of that action for you. And dragons! Lots of dragons.

Every season is more impressive in how grand HBO makes this show look with scenery and digital effects that create a big-screen feel for a small-screen product. And with fewer episodes for the upcoming season (seven compared to the usual 10, more budget can be invested in each installment. 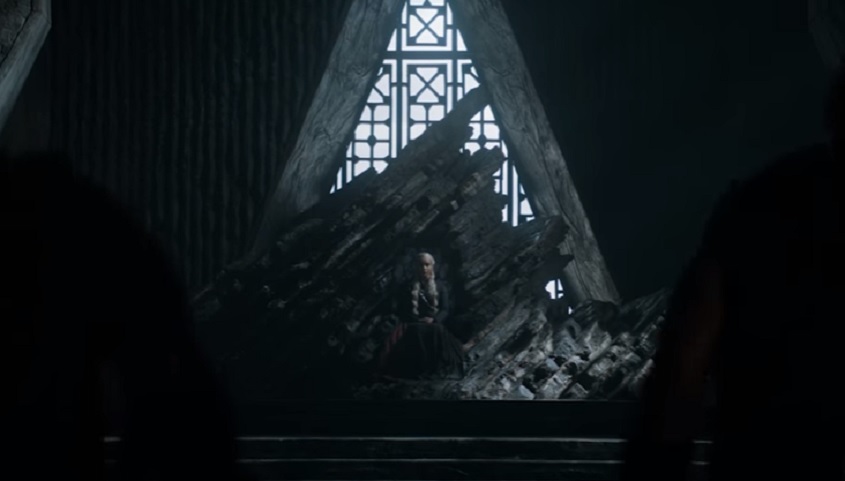 The best clips in the trailer are arguably devoted to Daenerys (Emilia Clarke), who arrives at Dragonstone with her followers to take back House Targaryen and claim her birthright. Will that be enough for the legions of warriors readying for battle across the Seven Kingdoms? Cersei certainly doesn’t seem to be afraid. Perhaps Jon Snow (Kit Harington) is a bit reluctant, but he knows war is inevitable.

“If we don’t put aside our enmities and bound together, we will die,” warns Ser Davos Seaworth (Liam Cunningham). “And then it won’t matter whose skeleton sits on the Iron Throne.”

Oh, it matters, sir. It matters to all of us. Just bring the war, all of the epic battles that come with it and leave as many skeletons behind as possible.

Game of Thrones will premiere its seventh season on HBO July 16.