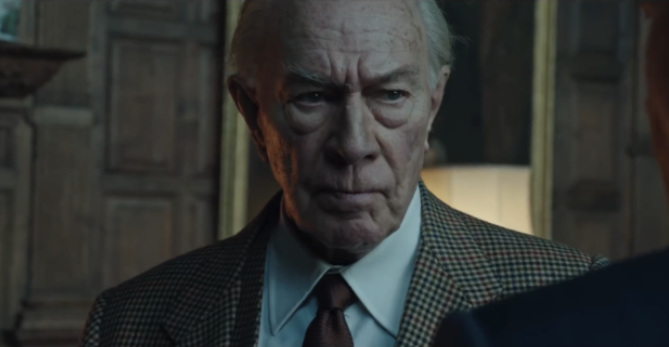 Kevin Spacey has traditionally been a staple of the Hollywood elite awards circuit over the years. But after sexual assault allegations of underage boys and men surfaced, Spacey was removed from multiple projects, including the film All the Money in the World.

Spacey was replaced in the film by Christopher Plummer, an accomplished actor in his own right with an Academy Award, Golden Globe, and SAG award for his role in the 2012 film Beginners. Plummer also has a pair of Emmy Awards from 1977 and 1994.

Plummer stepped in for reshoots to All the Money in the World to distance the film from any association with Spacey, and is being heralded for a fine performance on such short notice. The honor stood out on the list of nominees for the Golden Globes Monday morning.

WATCH: “They filmed these new Christopher Plummer scenes about two weeks ago, and he got nominated.” @davekarger talks “All the Money in the World” (the film Kevin Spacey was originally in until Plummer replaced him) #GoldenGlobes pic.twitter.com/5HVFN5L90c

Ridley Scott, director of All the Money in the World, made the decision to reshoot any scene that previously included Spacey, sending the movie’s production into a bizarre last-second round of edits and reshoots before the movie hits theaters this month (Dec. 22).

The move is an unprecedented one for a Hollywood production. But then again, these are unprecedented times when it comes to responding to sexual abuse of all kinds.

Wow "the cast and crew of the film, and Sony Pictures, unanimously agreed to reshoot all of Spacey’s scenes” https://t.co/XNom4ux3pb

Scott is also up for a Golden Globe for the film in the Best Director category. He is up against Christopher Nolan (Dunkirk) and Steven Spielberg (The Post), among others. All the Money in the World also earned a nomination for Michelle Williams (Best Performance by an Actress in a Motion Picture, Drama), but we all know that award will likely to go to Meryl Streep (The Post) anyway, so who are we kidding?

All the Money in the World is not up for Best Motion Picture, Drama, however. Dunkirk and The Post are among the nominees for that award, in addition to three other movies the casual moviegoer probably hasn’t heard of (Call Me by Your Name, The Shape of Water, and Three Billboards Outside Ebbing, Missouri).

Get Out is nominated in the bizarre category for Best Motion Picture, Musical or Comedy. I saw Get Out, and it had some comic relief in the perfect spots, but shouldn’t be in a category with films that fall under the comedy or musical category. The Disaster Artist was among the nominees for this category.

On the TV side of things, Spacey’s House of Cards series on Netflix was shutout, but Netflix managed to get two nominations for Best Television Drama with The Crown and Stranger Things. They are going up against juggernauts from HBO (Game of Thrones) and NBC (This is Us).

The New York Times has a full list of the Golden Globe nominees available for your review here. Feel free to share your predictions with us.