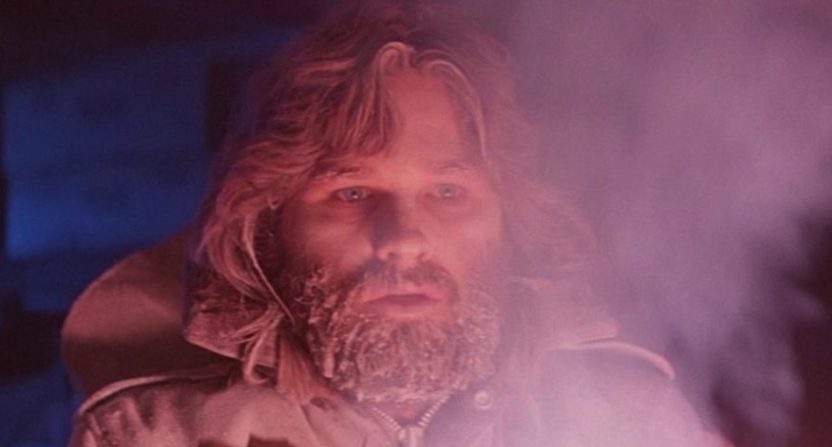 Most of us probably had our Halloween fun over the weekend, when parties and watching scary movies is a bit more agreeable with everyone’s schedule. But on Halloween itself, the staff at The Comeback thought it was a good opportunity for some of us to celebrate our favorite horror films. (Maybe you can save the recommendations for this coming weekend, when we’ll have an extra hour on Saturday, thanks to Daylight Savings Time.)

Horror movies aren’t for everyone. Some people don’t like to be scared. Many prefer the experience in a theater with a crowd, instead of at home. Some like their horror to be serious, while others need some laughs to mix in with those scares.

Obviously, there are so many films to choose from. Slasher flicks, supernatural terror, and the fear of the unknown. Our selection probably doesn’t do the genre justice. Hopefully, you can add to the discussion in the comments and either remind us of some classics or point everyone to some new horror films. Boo!

What is your favorite horror movie?

Matt Clapp:
Nothing is more chilling, disturbing, and brilliant to me than The Shining. The 1980 Stanley Kubrick film (and Stephen King book) was ahead of its time and has been inspirational to so many more movies and television shows.

This movie will hold up for years and years and never fail to terrify the shit out of me, thanks largely to incredible performances by Jack Nicholson and Shelley Duvall.

Michael Grant:
“Trust is a tough thing to come by these days.”

The Thing combines elements that scare the bejesus out of me: isolationism, freezing cold, suspicion and fear of being stalked. Director John Carpenter wraps it all up in a tidy sci-horror classic about an alien that can imitate anything. You could argue that it’s Carpenter’s most complete film.

How do you defeat an enemy that looks exactly like familiar faces? Kurt Russell has to figure this all out before the alien gets him or he freezes to death in Antarctica. Interestingly, the film was a box office bomb – it grossed only $20 million. However, it has grown into a cult classic. It also features a perfect ending. You don’t know exactly what happens. The audience is left to wonder. And that’s OK.

Phillip Bupp:
I love all kinds of horror movies, but I really gravitate to those movies that play more to your psyche than just the regular blood and gore film. So my favorite horror movie would have to be the first Paranormal Activity movie.

There was a sense of realism to it and did a great job of giving you just enough to keep you entertained and scared, but not enough to be gratuitous and unnecessary like some horror movies do. They had such a small budget that they didn’t even have the option of overproducing the film like many suffer from these days and is a great example of how “less is more” can be a useful motto in horror.

Jay Rigdon:
I’m not the world’s biggest horror movie fan, for perhaps the most obvious reason: I find them to be scary. I have an overactive imagination and though I read the occasional horror novel (if you’re in the market for those, I can’t recommend John Connolly enough), the visual moments of horror films tend to stay with me.

That goes for the supernatural ghost stories, the unstoppable slasher movies, and the more realistic thrillers. They all have their place, but I just have a hard time getting over them, so I tend not to watch.

Jaws, though, is in some ways a prototypical slasher movie. The shark terrorizes unsuspecting teens; its first victim is even a young, skinny-dipping woman, whose calls for help go unheard by her boyfriend. It’s as close as Steven Spielberg has come to making a pure horror movie; he’s created suspense in other films, of course, and aped slasher movies with the velociraptors in Jurassic Park, and his first movie, Duel, was essentially one long attempt to escape a murderous stalker. (And that flaming train in War of the Worlds gets me every time.)

But the shark in Jaws goes famously unseen for a long run of time, picking victims off out of nowhere. And once its unveiled, gigantic and terrifying and hero-consuming, it becomes nigh-unstoppable. Jaws is also a superbly-made film; Spielberg didn’t become famous for nothing. The character work, acting, effects, and editing are all top-notch.

Liam McGuire:
I’ve always considered myself a fraidy cat when it comes to horror movies, so my experience with the genre isn’t vast — besides Alred Hitchcock’s Psycho, which is an all-time classic. However, recently, I’ve acclimated myself more and have enjoyed a bevy of recent flicks. While Drew Goddard’s Cabin in the Woods, Jordan Peele’s Get Out, Andy Muschietti’s IT, and both the Cloverfield movies are all high on my list, the movie that sticks out the most is 2014’s It Follows by David Robert Mitchell.

It Follows is a genuinely scary movie. The premise is silly: What if you passed on a spiritual monster that won’t stop following you, simply by having sex? But with great performances from Maika Monroe and Keir Gilchrist, and beautiful, unique direction from Mitchell and cinematographer Mike Gioulakis, it’s a film that will keep you looking behind your back. It’s disturbingly excellent.

Joe Lucia:
I consider myself a bit of a horror movie buff. I really like bad, low-budget horror movies that have an eyeroll-worthy plotline, but we’re not going to talk about any of those right now.

My favorite horror movie is probably The Thing for a few reasons. It has the weird monster/villain from an unknown area. It has the cast getting picked off one by one. It has an utterly depressing ending. And perhaps most importantly, it has a plotline that seems completely ludicrous… but maybe it’s plausible, given it’s something we’ve never experienced. I love it.

Ian Casselberry:
An American Werewolf in London wasn’t the first horror movie I’d ever seen. But growing up as a fan of the old Universal monster movies, I loved the darkly comedic, more adult take on a werewolf movie. This wasn’t a guy who turned furry, grew sharp and teeth and claws, and became a bit animalistic. He became a full-on beast. Nearly 40 years later, the seminal transformation scene in the film (with Sam Cooke’s “Blue Moon” playing on the soundtrack) still holds up as a standout moment in special effects and creature make-up. (Rick Baker won an Academy Award for his work.) No CGI here, folks.

And American Werewolf was scary when it needed to be, notably when the main character and his best friend first encounter the monster. (That buddy gets torn to shreds and continually comes back to visit as what’s left of his body rots. It’s funny, gory and creepy.) It preys on the fears of traveling to a foreign country and being unfamiliar with local territories and legends, while also showing the benefits of such a trip — notably meeting very attractive British nurses.

The movie is reportedly set to be remade by Max Landis, the son of American Werewolf‘s original director John Landis. Maybe he has some birthright toward a modernized update, but why even try to remake a horror classic? Don’t do it, Max! There are no improvements to be made.