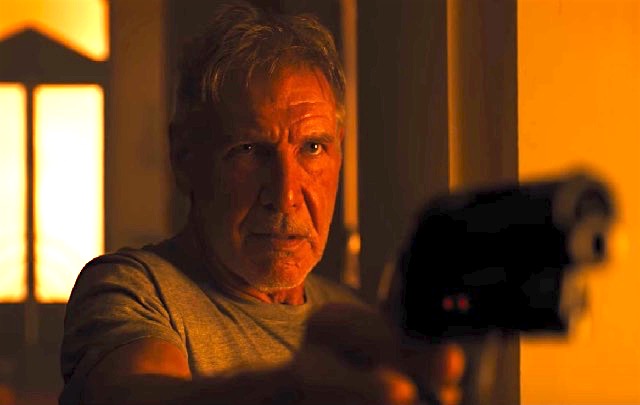 Despite starring Harrison Ford (who had two Star Wars movies and Raiders of the Lost Ark on his résumé by then) and Ridley Scott (coming off 1979’s Alien) directing, the 1982 futuristic sci-fi thriller was a box office flop. As much as Blade Runner gets discussed among sci-fi and film fans, you couldn’t be faulted for assuming it was a success. But audiences didn’t go for it, and Ford himself distanced himself from the movie for many years.

Yet the movie about rogue humanoids (known as replicants) and the officers who hunt them down developed an intense cult following through late-night showings, runs on cable, and home video releases. Blade Runner is now considered a sci-fi classic (though still polarizing among some movie fans), and discussion of the film has endured through the past three decades.

Keeping interest alive has been the numerous re-releases and different cuts of the film, in addition to Scott publicizing an interpretation of the film that runs counter to what many of its fans had believed.

Given the added life that Blade Runner has received, it probably shouldn’t be a surprise that a follow-up is finally being made. Ford is at the point of his career where he sees the benefit of reprising his most famous roles (for financial and artistic reasons), while talent like Ryan Gosling and director Denis Villeneuve (Arrival) want to be involved because of how much the original 1982 has meant to them.

With everything finally coming together behind the scenes, Blade Runner 2049 began filming earlier this summer. And with that, enough footage is now available for Alcon Entertainment and Warner Brothers to release a teaser trailer. Here is the two minutes that Blade Runner fans have been waiting more than 30 years to see:

The trailer begins by alluding to Blade Runner‘s most enduring legacy: the look and design of the film. Regardless of what you think about the movie, its influence on cinema is unquestionable. Movies like Judge Dredd, The Fifth Element, I Robot, Minority Report and Batman Begins have mimicked Scott’s vision of an overcrowded, dark, wet, dystopian Los Angeles in 2019. Ford’s voice narrates, briefly reminding us about replicants.

But Villeneuve quickly puts his own stamp on his film with the bleak, dusty, barren landscape. Is this a different city? A different planet? The atmospheric, moody visuals are what we’ve come to expect from the director of Prisoners, Sicario and Arrival.

Gosling’s character is investigating an abandoned building that looks vaguely familiar, but could be anywhere. Finally, he’s approached by Ford as Rick Deckard — 30 years after the original Blade Runner took place — who’s surmised that this intruder has his old job, which used to be hunting down replicants. (Maybe after this scene is when Ford punched Gosling in the face for reals.)

If you’ve never seen Blade Runner, this teaser might not resonate much besides seeing stars like Gosling and Ford in a new film. But to fans of the original film, the imagery and brief dialogue fill in some blanks that have been left during the past 34 years. Perhaps most importantly, the trailer seems to confirm what’s become the most controversial interpretation of the film, which Scott has confirmed.

[SPOILER ALERT: Move on to the next paragraph, if you haven’t seen Blade Runner and might actually like to.] Subsequent cuts of the film have alluded to a development that the original theatrical cut glossed over: Deckard is a replicant himself, the very thing he’s spent his life hunting down and killing.

It’s sort of funny that Ford provides a bit of narration to the teaser, since his voiceover was one of the more contentious aspects of the theatrical cut. Ford hated the narration, which was forced on him by the studio, apparently thinking that more needed to be explained to the audience. But the actor’s disdain is rather obvious in his flat reading. Scott took it out in his director’s cut, and not having everything explained makes that version of Blade Runner a better movie. Maybe Ford just provided a voiceover for the trailer this time around.

According to IMDB, the original Blade Runner grossed $26 million against a $28 million budget. Thanks to several theatrical re-releases, that number has been goosed up to $32 million. Numerous DVD and Blu-ray releases have also become something of a cottage industry during the past 30 years with special editions and director’s cuts.

In 2007, a four-disc box set and five-disc “Ultimate Collector’s Edition” was released, which included the U.S. theatrical cut, the international theatrical cut, the director’s cut and a “Final Cut,” which Scott considered to be the definitive edition. If you want that narration, you can have it. No one will judge you. OK, Scott and Ford would, but they don’t have to know. Besides, they’re probably happy you bought so many versions of the same movie. (I’m totally guilty of this, by the way.)