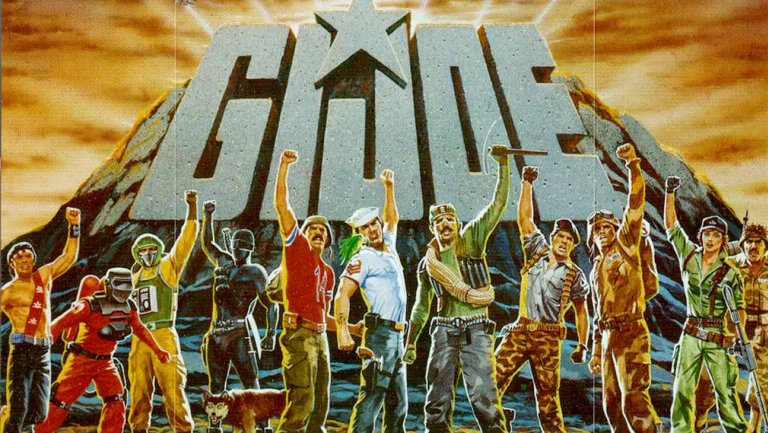 Used to be the goal was to stretch your movie property into a trilogy. Then we started splitting the finale into two parts so we could ensure ourselves of at least four movies. Now we live in a world where if you’re not turning your franchise into a “cinematic universe,” well then what’s the point?

Marvel certainly led the way with their ever-expanding universe of properties that intertwine and continue where the last one left off. DC is finally climbing aboard the cinematic universe gravy train (if they didn’t already screw it up) and properties such as Star Wars and Harry Potter are shifting into cinematic universe mode as well.

The newest intellectual property owner to jump into the fray? Hasbro, makers of Transformers, G.I. Joe, M.A.S.K. and more.

The toy company is pulling out all the stops to see if it can make a run at combining its many properties in one ongoing story. To do so, they’ve stocked their writers room with some of the most talented writers in the industry, including Pulitzer Prize-winner Michael Chabon (The Amazing Adventures of Kavalier & Clay), Eisner Award-winner Brian K. Vaughn (Y: The Last Man), Guardians of the Galaxy & Captain Marvel co-writer Nicole Perlman, Spiderman: Homecoming scripters  John Francis Daley and Jonathan Goldstein, and Luke Cage showrunner Cheo Coker.

Before they actually write any specific movie scripts, this team of visionaries is tasked with finding a way to tie together various intellectual properties and they’ll be doing so with some help from longtime screenwriter and producer Akiva Goldsman, who recently did the same thing for the upcoming Transformers franchise films.

It’s reassuring to see that the group is diverse, though Hasbro CCO Stephen Davis’ claim that “female empowerment is a central theme through a lot of these properties” is more than just a little bit too much. Maybe that’ll be the case moving forward but we don’t remember too many divine feminine priorities when it came to the plotlines of M.A.S.K., what little we do remember of M.A.S.K.

While the entire venture might sound like a soulless plight to begrudgingly wrest more money from your wallet based on movie properties that have been, so far, creatively-unappealing, there is at least hope in the fact that this group of reputable creators will raise the bar. Lord knows they’ll have to if they want anyone to ever pay to see another G.I. Joe movie.