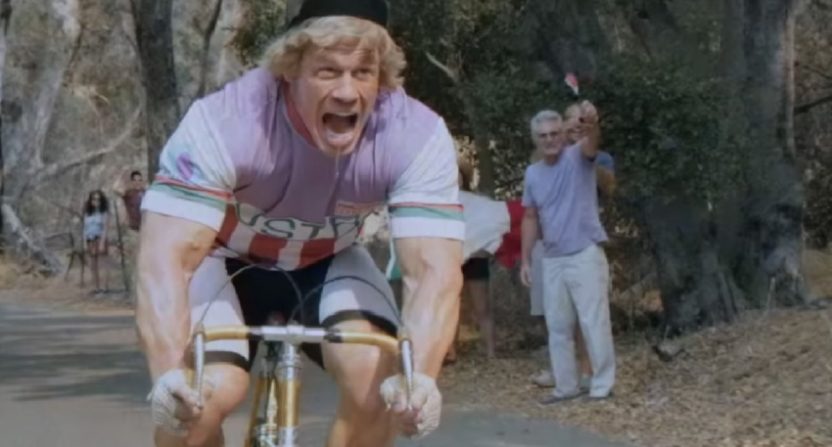 For the second year in a row, HBO has staked out the second weekend in July for a sports mockumentary from Andy Samberg, along with writer Murray Miller and director Jake Szymanski. Last year, 7 Days in Hell spoofed professional tennis and a fictional marathon 2001 Wimbledon match. This time around, international cycling — a sport that is probably far more deserving of parody — is the target of derision.

Tour de Pharmacy, which premieres Saturday at 10 p.m., looks at the fictional 1982 Tour de France, which was apparently rife with performance-enhancing drugs. According to the mockumentary (narrated by Jon Hamm), virtually every cyclist involved in the race was doping. The event was also rocked by the discovery that nearly all of the 170 competitors had paid a fee to a top cycling official (who had racked up enormous credit card debt) with the promise of not being tested for drugs before that year’s race.

That whittles the narrative of the documentary to a much more manageable five competitors, played by Samberg, John Cena, Daveed Diggs (Hamilton), Freddie Highmore and Orlando Bloom. Each of the characters has an amusing backstory, which deserve to be enjoyed while watching the program instead of revealed here. But it’s worth mentioning that Samberg’s character, Marty Hass, represents Nigeria and the native population isn’t happy about that. Cena’s Gustav Ditters is featured prominently in the trailer, however, and the visual gag of a cyclist with his hulking physique makes the doping joke on its own.

Where Tour de Pharmacy gets sneakily funny is with its outstanding casting. Not only is each of the five cyclists portrayed in “archival” footage from the 1982 Tour de France, but their older selves 35 years later are also interviewed in the mockumentary. The casting choices for the older versions of these characters are so good that they immediately draw a laugh at first glance, but they’re each highly entertaining. Their performances in those talking head segments are also very entertaining.

Another standout is James Marsden, who portrays BBC reporter Rex Honeycut with a brilliant plaid blazer and enormous glasses. Marsden’s British accent is surprisingly good (at least to my ears), and his ability to keep up with the cyclists during the race for interviews eventually involves him more than any journalist would likely prefer. TV and movie producers need to figure out how to get Marsden in more comedies. At least Samberg and his team appreciate his talents.

One real-life sportscaster involved in the mockumentary, presumably to give it some real-world feel, is Joe Buck. Buck is always game for some comedy and poking fun at his image, and it’s not like cycling has a signature broadcaster, so why not use a familiar face? Also, Buck would have been 13 years old in 1982, so it’s plausible that he’d have some recollection of the race. 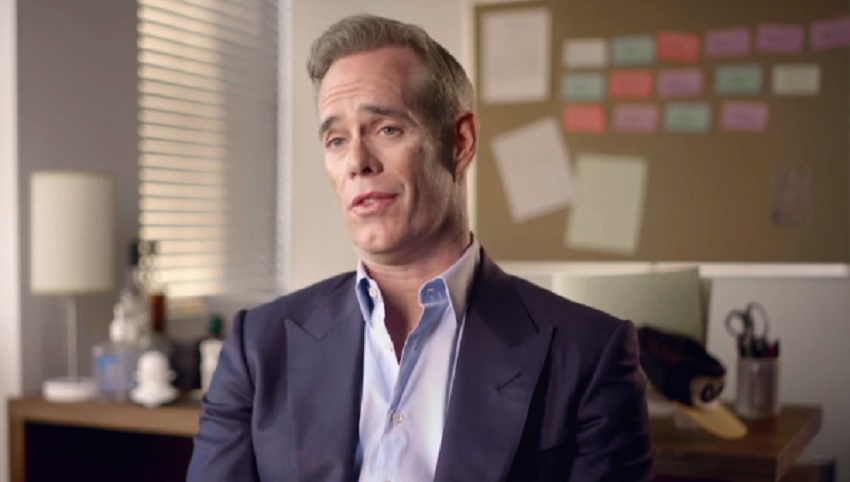 Arguably, the one misstep Tour de Pharmacy makes is including Lance Armstrong as part of the film. The segments with him as an “unidentified doping expert” are very funny for the increasingly incompetent and absurd attempts by the crew to obscure his identity and protect him from litigation. And Armstrong probably deserves credit for poking fun at himself and his infamous place in cycling history.

But has he served his time in the court of public opinion? Is he in a place where it’s now all right for him to make jokes about doping when he lied to fans and media, and bullied (often with financially crippling lawsuits) anyone who tried to blow the whistle on the drug operations he and his team were running. That may be taking things too seriously, but I’m curious how many will have a similar reaction versus being able to just overlook that for laughs.

Compared to 7 Days in Hell, Tour de Pharmacy might suffer a bit from having a larger, star-filled cast which also includes Danny Glover, Nathan Fielder, Maya Rudolph, Mike Tyson, Julia Ormond, Will Forte and Adewale Akinnuoye-Agbaje. Each of those actors needs a moment to shine, which maybe affects the storyline just a bit. But the mockumentary keeps things moving and is brief enough (just under 40 minutes) where nothing feels extraneous or obligatory. It gets the laugh and moves on, often to surprisingly graphic dick humor. That alone could slap you into paying attention to the smart comedy that’s been created here.