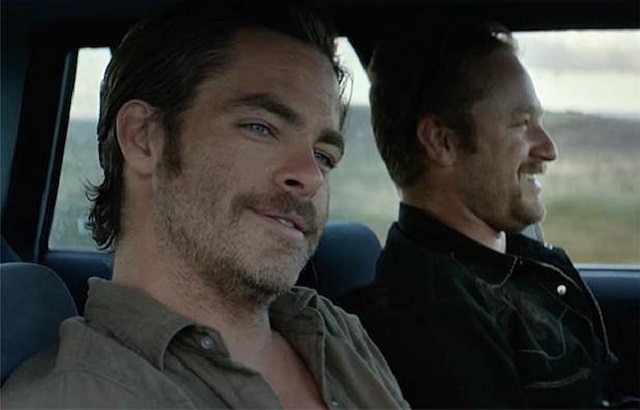 At the end of a summer movie season filled with disappointing blockbusters, a smaller film about a pair of brothers who become bank robbers might be the best of the crop. Hell or High Water is certainly one of the best movies of the year thus far.

Sometimes, it’s a person approaching a situation from the outside who has the clearest view. Think of John Oliver, his social commentary and view of American politics on HBO’s Last Week Tonight, and how much of that is influenced by not growing up in this country, by having a perception of the United States before coming here and then discovering how things really work. That’s not to say an American director couldn’t have made Hell or High Water, which is fueled by the economic crisis of 2008 and its continuing repercussions. But maybe Scottish filmmaker David Mackenzie had a clearer view of the story and its setting from a distance, making him better able to serve the Western archetypes in Taylor Sheridan’s (Sicario) screenplay.

Hell or High Water‘s story takes place in West Texas, where the small towns are full of foreclosed homes and shuttered businesses, and the roads are dotted with billboards and signs promising relief from drowning in debt. People were promised a chance at the American Dream, exploited by banks who preyed on customers with bad credit and an inability to pay back those mortgages. With no regular employment to supply income, some mavericks looked for other means to get money. And if they could stick it to the banks in the process, then the benefits were perhaps just a bit sweeter.

The movie begins with the first bank robbery attempt by brothers Toby (Chris Pine) and Tanner (Ben Foster) Howard. These are not smooth, veteran thieves who have done this many times before, as soon becomes very apparent. The idea was to rob the bank early in the morning, even before it opens, to avoid customers, traffic and attention. Though it seems like a good idea, the brothers didn’t quite think it through. The bank manager with access to the safe isn’t around that early in the morning, so all they can do is raid the registers for petty cash.

While the robbery doesn’t quite go according to plan — and is a little bit embarrassing, due to the bank supervisor taunting them for their inexperience — it’s only the first step in a larger scheme that Toby has cooked up. Again, this isn’t a rob-the-Bellagio kind of heist. But given that we’re talking about Texas, where citizens proudly carry their firearms with them, the consequences are potentially deadlier for these fledgling crooks. Toby’s plan is to stick it to Texas Midland Bank by robbing several of their small-town branches in West Texas, where the populations are tiny, the law enforcement is small, and the open road provides easy getaways.

Toby’s motivations are more vengeful than noble, but plenty of people will surely be able to relate to his reasons for becoming a bank robber. Texas Midland Bank is ready to seize his family’s property after Toby’s mother became terminally ill and could no longer make payments on their house and land. Since they can’t sell the land and there is no decent employment available, Toby sees only one way to get the money necessary to pay off the bank. Paying back the loan with the bank’s own money is an extra middle finger to the predatory loaner that destroyed his family’s lives.

But Toby isn’t a criminal at heart. He doesn’t want anyone to get hurt (or killed), and only wants the amount of money necessary to pay off the bank. Once he gets the land (which is sitting on top of oil), he and his two sons will be fine. That’s where his brother comes in. Tanner served 10 years in jail for killing their abusive father (in “a hunting accident”) and loves the thrill that robbing banks provides. Naturally, since he’s a loose cannon who wants no part of a normal life, he pushes things too far. And you can see that coming. But he’s also fiercely loyal to his brother, which may prevent this story from being as predictable as you might guess.

Raiding the teller drawers of cash isn’t stealing enough cash to draw the interest of the FBI, but it does attract the attention of a nearby Texas Ranger, Marcus Hamilton (Jeff Bridges), who’s near retirement and wouldn’t mind one last chase to get him away from spending his final days on the job at his desk. Hamilton is an old salty dog who’s seen it all before and quickly determines that these guys aren’t necessarily professionals, but are smart enough to take limited amounts of cash and hit small banks that don’t even have security cameras properly installed. The challenge of figuring out their next move and how to catch them is just the juice he craves.

Though this sounds like a potential Coen brothers comedy (and it would be fun to see Bridges in another of their films), the stakes are a bit higher. Sheridan’s script is surprisingly funny, filled with several witty lines and insults. (Mr. Pibb drinkers might be offended, though.) But while Hell or High Water has plenty of amusing moments that provide relief from what could be a heavy, gloomy story, it’s most certainly not a comedy. There are plenty of scenes that might make you think otherwise at times, particularly when Hamilton frequently slings racist insults at his Native American partner, Alberto (Gil Birmingham). When Alberto reveals he’s part-Mexican, Hamilton responds by saying that gives him a whole other load of insults to throw at him.

Sheridan and Mackenzie save what might be the most funny scene — involving Hamilton and Alberto visiting a bar with a very limited menu and a waitress that takes zero shit — for when it’s probably needed most, placing it before the climactic showdown between cops and robbers that you know can’t possibly end well for one or both sides. It’s a nice touch to give the audience a good laugh and let everyone take a breath before the movie gets deadly serious. Sheridan’s script also shows a touch for bitter irony, as the events that compelled Toby to robbing the banks that screwed over his family also ends up knocking down his carefully laid plans.

Hell or High Water takes its time telling its story, never wavering from its deliberate pace and the devotion to its characters. We learn everything we need to know about everyone involved in this movie.

Pine shows he can do so much more as an actor than what his presumably star-making turns in franchises like Star Trek allow him to demonstrate. Toby may not have been a good husband or father, and maybe he was just unfortunate enough to grow up in the wrong part of the country with the wrong family. But he aims to take care of the people who need him. Bridges relishes a role that he could have mailed in or passed off to someone like Sam Elliott or Tommy Lee Jones. But his winking playfulness and inherent sense of humor makes Hamilton a far more likable character than he probably should be. Yet he also has an edge which makes him good at his job. Retirement probably won’t be happy for him.

Hopefully, this movie doesn’t get lost in the end-of-summer crush as people either sneak in those last vacations or get ready to go back to school. The last weeks of August are kind of a limbo when the summer blockbusters live out their last days and moviegoers get ready for the more substantial fare that will be considered for Academy Awards at the end of the year. But Hell or High Water comes at just the right time too, wiping out a summer full of disappointment with a story that might look familiar, but has many surprises. It might just endure through September and October, and should be mentioned when people start talking about the best movies of 2016.