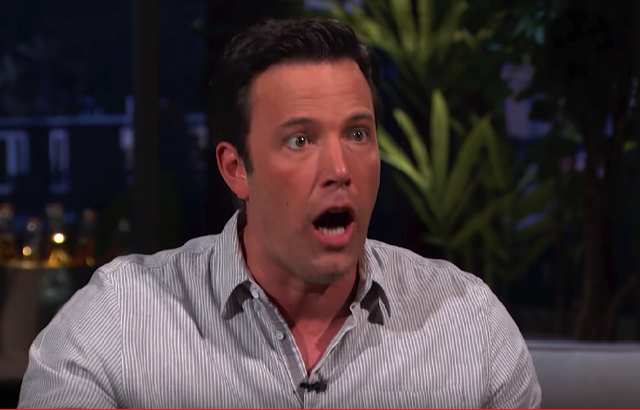 In recent months, Ben Affleck has tried to make it clear that he doesn’t want to rush his Batman movie (tentatively titled The Batman) into production to meet a release date. Meanwhile, the director was also a bit miffed that everyone just wanted to talk about Batman while he was promoting his passion project crime epic, Live By Night.

As it turns out, Affleck and Warner Brothers might want any talk about Live By Night to go away as soon as possible, now that the film has become a huge flop for the studio. As reported by Variety‘s Brett Lang, Warner Bros. may lose as much as $75 million on the movie, a huge disappointment by any measure — but especially for a filmmaker that previously had a golden touch like Affleck.

Since Live By Night wasn’t very popular with critics (we gave it a bad review ourselves) and moviegoers didn’t seem interested at all, it probably shouldn’t be a surprise that the film performed so poorly. Yet a number like $75 million is an eye-popper, and an embarrassing one for a film that at one point was eagerly anticipated and eyed for awards based on Affleck’s reputation.

Now that news of Live By Night‘s heavy financial loss has been reported, Affleck might be more willing to turn the discussion toward The Batman. But all along, he’s insisted that he does not want to be rushed into making any movie, let alone one he He’s working on the script with DC Films president Geoff Johns and wants that screenplay to be rock-solid before they begin filming.

Meanwhile, Warner Brothers is eager to get Affleck’s Batman movie going. A Batman movie is big business for the studio. And this one will also have the added credibility of Affleck — who won a Best Picture Academy Award for WB by directing Argo — guiding the ship behind the camera while also portraying The Dark Knight in front of it.

The studio also desperately needs some good publicity for its DC Films slate. Batman v Superman: Dawn of Justice and Suicide Squad made good money at the box office, and that bottom line may be what ultimately matters most. But both movies bombed with critics and — perhaps more importantly — comic book fans who are fiercely loyal to their favorite characters and stories.

Rumblings that the upcoming Wonder Woman and Justice League are convoluted messes might not have merit to them, but they’re easy to believe considering the DC Films track record thus far. News that The Flash is going back to the drawing board with a page one script rewrite just adds to the perception that Warner Brothers is completely lost with its superhero movies. DC Films touted Dwayne Johnson’s commitment to play antihero Black Adam in a pair of movies, one of which will be Shazam, but there doesn’t seem to be a plan there yet beyond “Hey, we got Dwayne Johnson to be in these movies!”

So that brings it back to The Batman. Affleck making a great Batman movie — one that could stand out from Christopher Nolan’s trilogy, especially if it’s more faithful to DC Comics mythology — could make all of these rumblings and gripes go away. Even if the other DC superhero movies are mediocre or even flat-out bad, a rising Batman tide would lift all boats. That puts some pressure on Affleck, maybe more than he’d care to deal with.

But fan and critic goodwill is still on his side. And Affleck still has significant pull with Warner Bros., based on the success of his first three films — one of which, we’ll mention again, was an Academy Award winner. Doing Batman and providing the studio with another hit will allow him to whatever the hell he wants. His next pet project will reportedly be an adaptation of Agatha Christie’s legal mystery Witness For the Prosecution.

But even though Affleck may not want us to talk about Batman, we’re going to be talking about Batman until that film begins shooting and certainly throughout its production until it’s released in theaters. For the next three to four years, between The Batman and the Justice League films, Affleck is going to be spending a lot of time wearing that mask and cape, both physically and in his writer’s mind.