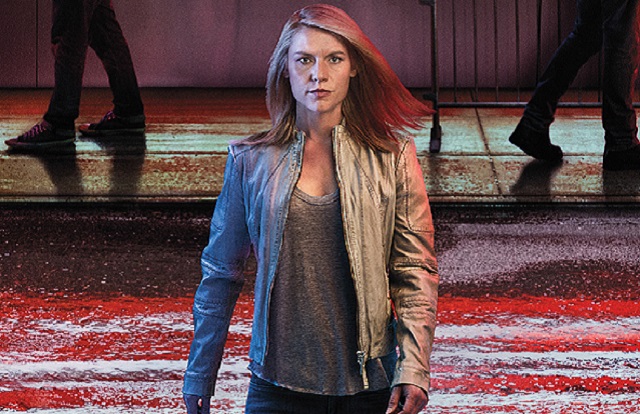 Homeland has undergone much change during its first five seasons. Season six could be the best yet.

Since it first premiered in October 2011, Showtime’s Homeland has had its fair share of ups and downs. However, in recent seasons, there have been a lot more “ups.” With the sixth season set to debut this Sunday, Jan. 15, let’s take a look at why people should watch Homeland season six.

One of the most intriguing aspects of Homeland through its first five seasons is that the series has taken its viewers all over the globe.

While other countries were mentioned and visited in those first five seasons as well, each season’s story mainly took place in the countries listed above. But in season six, Carrie Mathison and company are coming home.

Right off the bat, the season taking place largely in New York City and Washington, D.C. makes it extremely interesting. No longer will viewers have to remember what Middle Eastern country they’re in or question why all of the sudden everyone who worked together in the CIA is suddenly working and living in Europe, specifically in Germany.

The other thing that makes this season interesting is the big reason why it should be watched: The main storyline seems eerily similar to what is currently happening in the United States.

In the main trailer for season six, the first thing being talked about is the time between the election and the inauguration. From there, voiceovers from unknown characters say the following:

“The most difficult transfer of power in history…”

“The transition team poring over briefings…”

If I hadn’t watched the trailer and instead only read the quotes above, I would honestly think Homeland season six was just a future documentary about the transition of power from President Obama to President-Elect Trump.

After the shockingly pertinent quotes to real-life America, the main trailer moves on to two American citizens creating a video talking about terrorism. This in itself is another constantly discussed topic in the United States, as more and more people are beginning to worry about the government using technology against citizens.

For season six, Homeland is focusing its story on the United States to explore topics real Americans are worried about in a way that is thrilling and, I would like to think, well executed.

In the past, when the series has done stateside plots, they’ve been a little unrealistic for my taste and that’s why the last two seasons were better than the first three. For example, the first three seasons did focus on stateside issues, but I would like to think it’s a little unrealistic for a Marine to go missing for years only to turn up out of nowhere and suddenly be elected shortly after.

On top of that, the ability Brody had to wear a suicide vest into a bunker with the Vice President is also ridiculous. I know in the scene leading up to the bunker, he’s rushed through a metal detector, but it still wouldn’t be that simple to get the vest to Brody and neither would the act of getting it into the bunker.

The final unrealistic issue I had with the first three seasons was the explosion at the CIA headquarters. A car simply being parked and then left right outside the CIA during a major ceremony with hundreds of important government officials seems impossible.

So what does that mean? Well, if season six is as realistic as four and five were in that they didn’t do things that are pretty much impossible all the freaking time, that bodes well for the series.

The final note I want to make about season six is largely based on the cast. Claire Danes as Carrie Mathison is already terrific and so is Mandy Patinkin as Saul Berenson. From there, we move on to Rupert Friend who (SPOILER) apparently will return as Peter Quinn in season six, albeit changed from season five. The other recurring character I’m excited is coming back is F. Murray Abraham’s Dar Adal who seems, based on the trailers, to be working with Patinkin’s Saul a lot.

As for new characters? Let’s start off with Elizabeth Marvel who will play Elizabeth Keane, a junior senator from New York who is the President-Elect of the United States. Marvel is not only a terrific actor, but has also proven how good she is as a politician on TV as presidential candidate Heather Dunbar in House of Cards. Another solid addition is Robert Knepper as General Jamie McClendon. Knepper’s role will be the Department of Defense rep briefing the new President’s team. Knepper is a solid actor who has appeared in hit shows American Horror Story, Criminal Minds, Heroes, Prison Break, ER, and Law & Order.

Overall, the new season looks terrific based on the trailers, the realistic and relevant storyline, and the cast. On top of that, the writing staff’s ability to create more realistic storylines in the last two seasons bodes well for season six.