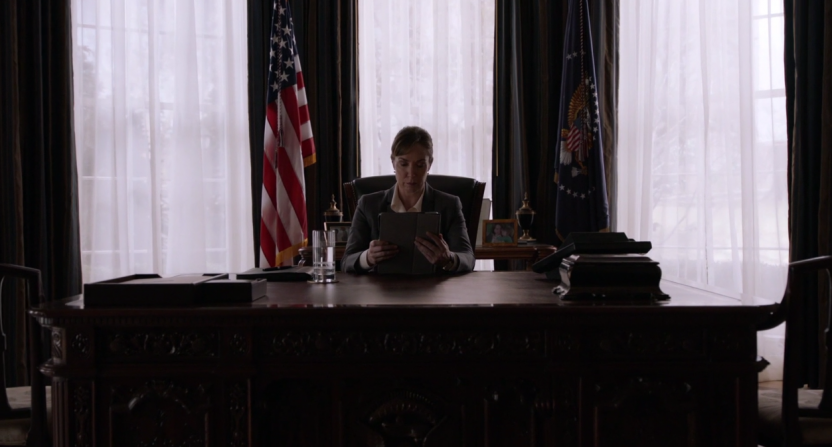 It was long and took plenty of twists and turns (sometimes too many, but we’ll get to that later). But in the end Homeland season six was fantastic and brought back memories of how great the show was in seasons one and two.

The season finale of Homeland was titled “America First” and rightfully so. This season mimicked the current state of the United States Presidency many times throughout the season, and more so in the finale than any other episode.

Let’s take a look back at what transpired in the season finale before looking back at the season at a whole and what’s to come in season seven. 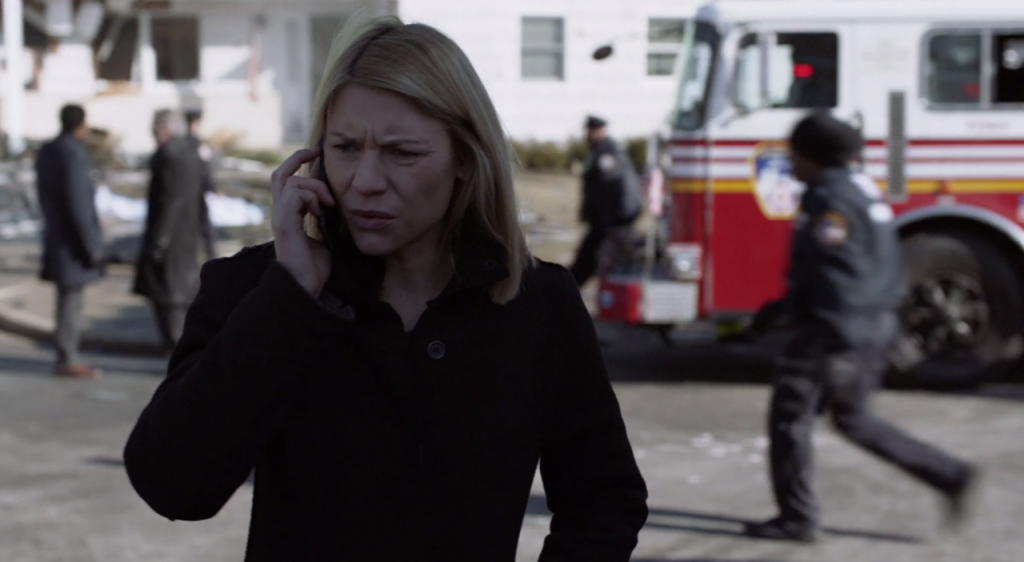 Within the first 10 minutes or so of the episode, a lot of information is thrown at viewers. Rather than practically write out a play-by-play of what happened and how Carrie and Quinn figured out who was going to NYC, here’s a short bullet point list:

Wasn’t that so much easier?

Anyway, all of that information was very important to the rest of the episode and unveiled in short order very quickly. Homeland has always had a tendency to give viewers a ton of information at the start of the finale because of how quickly paced the final episode of every season seems to be.

This was all important information because as we learn later, the Delta Unit and General McLendon are all part of the larger conspiracy theory that Carrie and Quinn have been tracking down involving Dar Adal. Ah, yes — another explosion. During the evacuation procedure, Carrie speaks on the phone with Dar Adal. He warns her President-Elect Keane shouldn’t go out on the streets because that’s where she will be killed. Carrie tells him to F-off multiple times, only to then trust him and stop PEOTUS’ vehicle.

Shortly after Carrie does that, the car carrying PEOTUS’ Chief of Staff and decoy blows up. Carrie, obviously shocked, can’t believe it but also knows that PEOTUS has to get to cover. This leads to a wild goose chase throughout the hotel where Carrie and Quinn (who links up with her and PEOTUS in the elevator) try to run away from two Delta members that shot the PEOTUS’ Head of Secret Service.

Quinn eventually gets the two back into the car downstairs and tries to drive them to safety, only to be shot in the car. 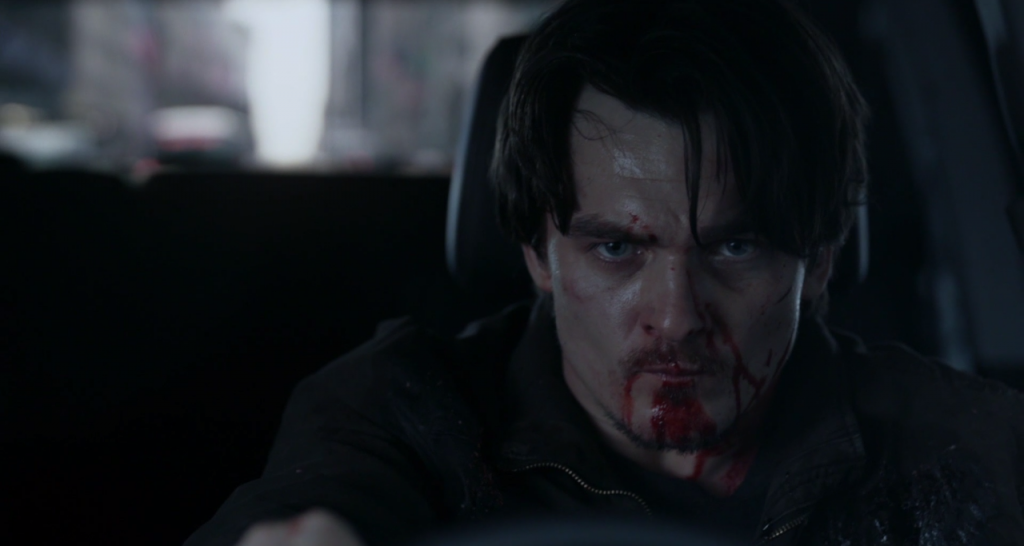 As much as I love Peter Quinn and will miss him — and the great Rupert Friend who plays Quinn — on this show, it was about time he was written off. He was a great character, but what they did to him this season was a little rough. The Quinn we knew and loved was not the same after surviving an attack that really should’ve killed him.

On the flip side, while I was skeptical about the writers and producers’ decision to bring him back this season. But in the end, I do think it was worth it. Quinn was right all along about the conspiracy to kill Keane and while it looked like he may be framed for her attempted assassination, his ability to save Keane and Carrie made this season worth it for him in a way. 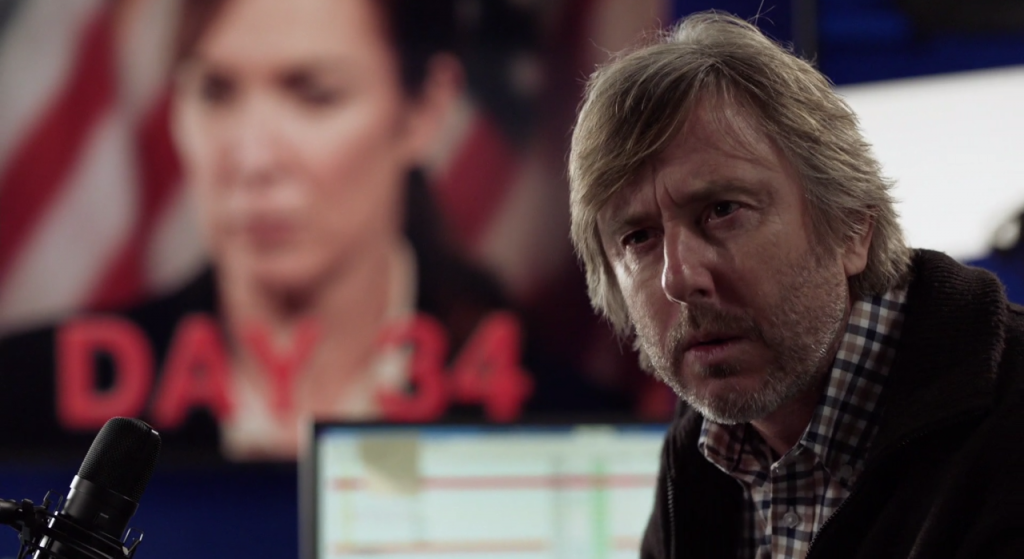 Then we had the good old time jump. Homeland does this all the time after major events take place (Season 2 finale after the car bomb at the CIA, Season 3 finale after Brody’s death, etc.) and it’s become a bad habit.

Much like at the beginning of the episode, the timeline again jumps ahead six weeks halfway through and a lot of information is thrown at the viewer, once again through Brett O’Keefe:

After O’Keefe briefs us all on some big developments, we find Carrie is now working in the West Wing as a liaison of sorts who meets with heads of the intelligence agencies. Anyway, the rest of the episode has some important information, but not enough that I need to recite it out scene for scene, so here’s a breakdown!

While all of this is important, it’s not as important as the final scene. 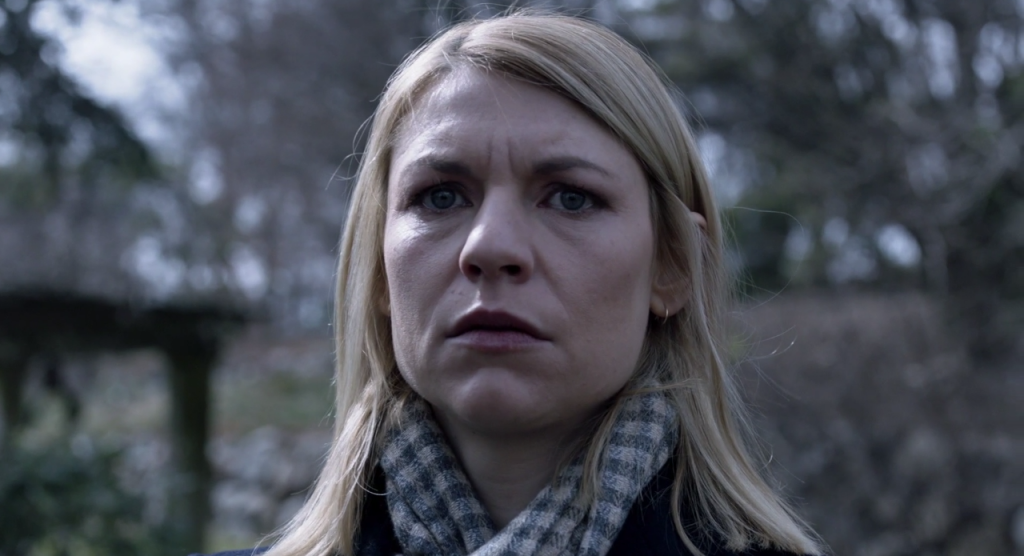 After learning Saul and others were arrested, Carrie went to Washington D.C. to try and speak with President Keane about what she is doing, only to be escorted out of the White House. It’s clear here that the offer of senior advisor to POTUS might not have been 100 percent real and that POTUS is keen (see what I did there?) on fighting the intelligence agencies. (Sound familiar?) In the end, it was a fitting way to finish off the season because it clearly sets up a battle for next season:

President Keane vs. everyone we’ve watched for the past six seasons.

Before we get on to speculation about what could be coming next season, a couple miscellaneous thoughts about this past season and the series as a whole.

1. This is the first thing that jumped out to me about the season after we learn Dar Adal and others have been arrested: THERE ARE STILL SO MANY PEOPLE OUT THERE WHO HAVEN’T BEEN ARRESTED WHO SHOULD BE. Who am I referring to? Oh, I don’t know — Brett O’Keefe, the child services rep, everyone that Max worked with at O’Keefe’s agency.

O’Keefe should be arrested because Max has proof that Dar was working with him. Additionally, this means everyone at that secretive agency should be as well, but it’s unclear if they were. Outside of them, I’m not saying the child services woman should be arrested, but it’s also pretty clear Dar Adal was the one who instructed her to take Carrie’s daughter away and kept Carrie away from her daughter. With Dar in jail, shouldn’t Carrie pretty much get her daughter back easily?

3.  Finales. Outside of the explosions issues, Homeland has another issue: finales. This was a great finale, BUT it had a similar plot style as the others have: finish up the majority of the season cliffhangers in the first half while the second half of the episode is slow and sets up for next season. I’m all for setting up the next season, but why does this show seemingly do it in the same way every time?

4. One last thought on this season: did we really need that whole kind of sort of side plot about the Iran Nuclear deal? In the end, what did that really tell us? In a way, it led us to the idea that Dar Adal was manipulating information that was being given to Keane, thus outing him as someone involved in some sort of conspiracy. But was that necessary? Couldn’t that have been accomplished in a much similar less confusing way?

And with that, let’s move on to speculation. 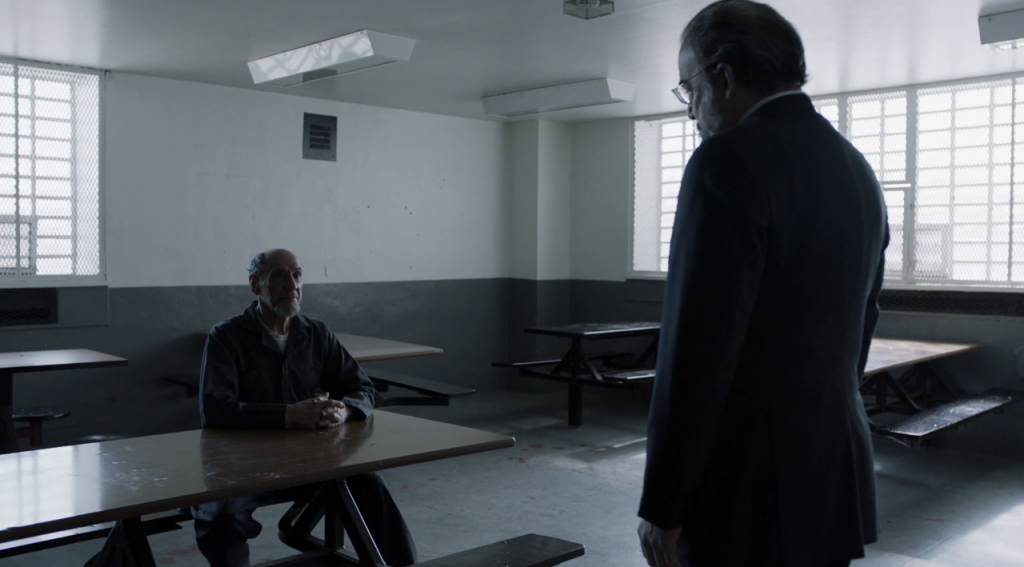 Outside the big obvious Keane vs. the world/intelligence community storyline that was mentioned earlier, there were two interesting plot points addressed in the episode’s second half that I think could play a role next season. One is small and one is big, so let’s start with the smaller one.

1. When Dar Adal and Saul are meeting, Saul tells Dar he wishes he gave him an opportunity to talk Dar out of the whole conspiracy to kill Keane, but that’s not the plot point I’m talking about. After a long lecture from Dar about why he did what he did, Saul asks him if there’s anything else he can do for him. That’s when Dar says the following:

“There’s a young teaching fellow at GW in the classics department, if you can believe such a thing still exists. I know he’ll appreciate some news of me.”

Saul then proceeds to ask for his name and number, and Dar tells him to “accentuate the positive.” For one, this could maybe be a family member of Dar’s. At the same time, I’m thinking this could be some sort of a larger plot involving Dar and Saul’s grander mission, whatever that is exactly.

2. Shortly after Carrie was offered the role of Senior Advisor, President Keane asks her to read a Pentagon plan to station troops in the Baltics. This is much bigger, but won’t receive as long of an explanation as the Dar/Saul plot line. This could be nothing if Carrie is kicked out of Keane’s circle, but it could also be another storyline where Carrie goes abroad and it also could involve a ton of foreign policy, something the show hasn’t done a ton (unless you count Carrie dealing with terrorists in the middle east as foreign policy).

Whatever it is, we’ll have to wait for next season to find out.

You can read all of our Homeland content right here as we all eagerly await season 7 sometime next year.