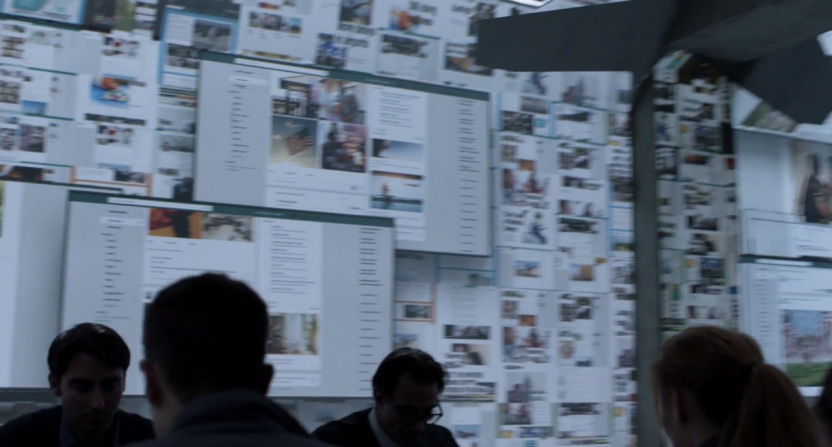 The plot of Homeland‘s sixth season is moving at an incredibly rapid pace after a slow start and episode nine, entitled “Sock Puppets,” was a perfect example of that.

The name of the episode “Sock Puppets” was an interesting title for the episode because while it applied well to one main storyline, the plot it referred to wasn’t the biggest of the episode. Still, that’s what we’ll dive into first before discussing the really meaty storylines this week. 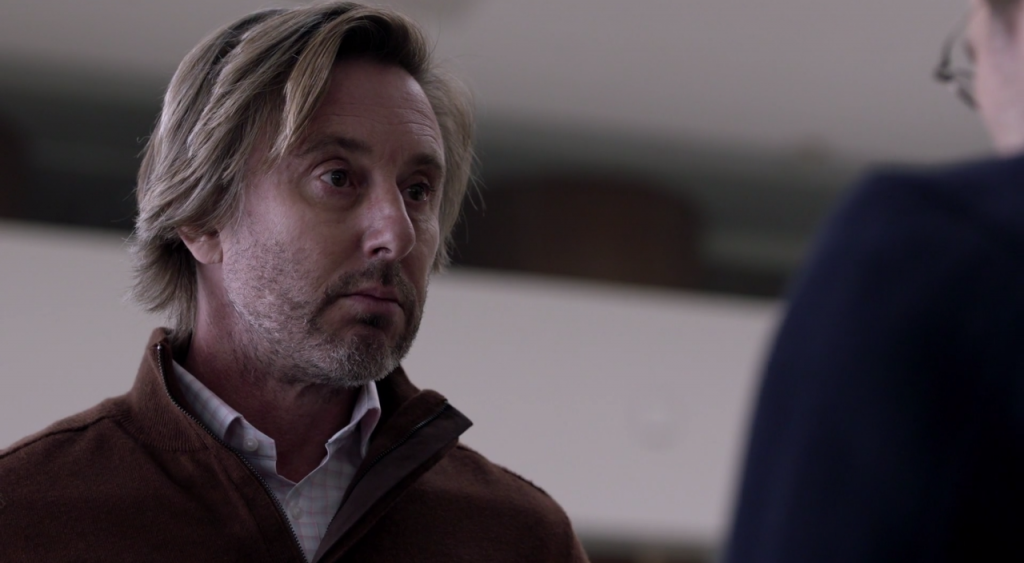 Once again, Homeland continues to align perfectly with the real world political climate in the United States and this week’s comparison wasn’t made clear until the end.

In this week’s episode, we found out the secretive firm that was probably behind Agent Conlon’s killing is the firm/building where the “Alex Jones” style radio host runs his business. That’s also the place where Max goes undercover. There he finds out it’s actually a propaganda agency of sorts that has created thousands and thousands of fake social media profiles to spread a certain message.

It will be interesting to see how Max’s storyline plays out at this firm as we’ve learned in recent weeks Dar Adal plays a major role there, and that is where the assassin who killed Conlon and Astrid works as well. 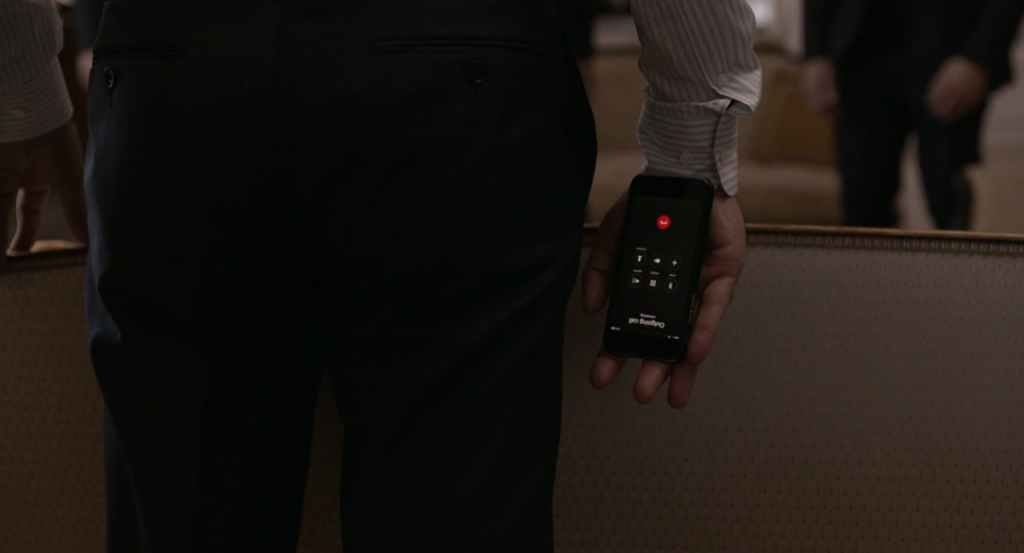 The rest of the episode revolved around a much bigger plot: Dar Adal’s role this season.

While meeting with Javadi, Adal starts to tip his cap that he’s going to go against their deal behind Saul’s back and turn him in to the Israelis. Naturally, Israel is interested in Javadi because even though he is now willing to help the United States and no longer harm Israel, it’s been pointed out Javadi has a long history of working to destroy Israel when he was working in Iran.

Once Javadi starts to realize he will be captured and turned in to Israel, he makes the smart move to call Carrie who then conferences in Saul as the two begin to realize how everything is connected by listening in to Javadi and Dar Adal’s conversation. Javadi is ultimately taken away and his fate is unknown, but his ability to call Carrie and ultimately Saul is what led the two to bring up the curious case of Dar Adal to the President-Elect. 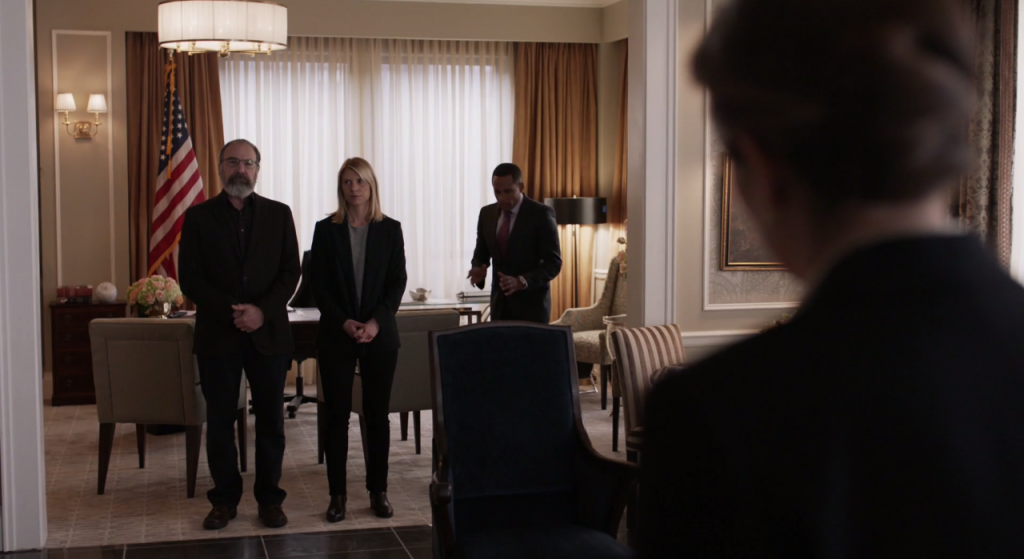 Last week, it seemed like President-Elect Elizabeth Keane would no longer trust Carrie or Saul for a long time. That turned out to be the opposite case in this episode, but not immediately.

Early on in the episode, Keane meets with Dar Adal and he discusses who she should possibly bring to the White House with her to deal with the Nuclear Deal and maybe even serve as Secretary of State. At this point, it seemed like Dar Adal had Keane in his pocket. That all went away when Dar Adal captured Javadi, Carrie and Saul found Javadi’s phone, and then brought it to Keane.

By finding Javadi’s phone, Carrie and Saul were able to show Keane the video Javadi showed Saul of another Iranian agent admitting Iran wasn’t cheating on the nuclear deal, and that Mossad was hoping to convince Keane otherwise. Because of his consistent persuading of Keane to go against the deal and cancel it all together, this makes Dar Adal look very bad.

As Saul said later on to Carrie, Dar Adal is never referenced in Javadi’s video, but the fact that the entire plot the Iranians discussed in the video aligns with Dar Adal’s thinking makes him look guilty. 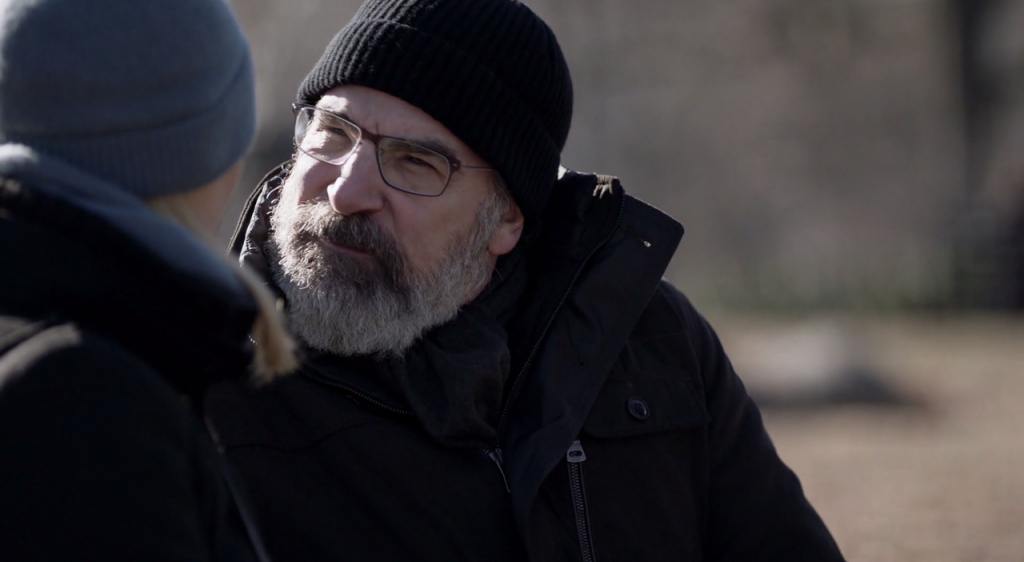 Anyway, Carrie ends up meeting with Keane and the Solicitor General who Keane mentions will be her Attorney General, or at least “lead the justice department.” From there, they all begin to discuss how to file a suit against Dar Adal and put him in jail, but that’s where things get tough.

Dar Adal is Dar Adal, so naturally he’s covered his footsteps enough so they don’t have clear evidence to charge him. The only way to get a prosecution against him started is to unveil the errors Dar Adal and Saul made in Germany with the Russian agent Saul was in love with. In doing so, however, it could also compromise Saul’s job status and standing with the CIA and hurt his potential future in the government.

That’s where this storyline left us at the end but ultimately, it seems like Dar Adal’s time could be coming and that was particularly relevant at the end of the episode. 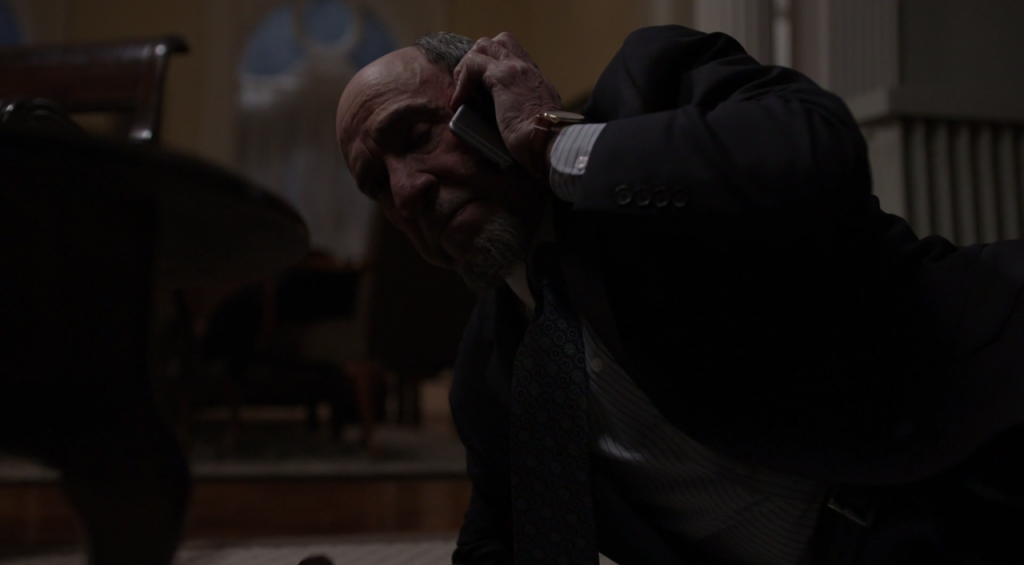 Quinn is still a certified badass as he somehow snuck into Dar Adal’s house, which surprised me because I feel like Dar Adal would have a ton of security there.

From there, Quinn hits him with a gun and then tracks his phone call to his assassin friend who killed Astrid and Conlin. The episode ended with Quinn going after him and it’ll be interesting to see if they meet face to face and who wins.

So where do we go from here? Homeland‘s sixth season continues to get better and better and one reason why is the plot twists get crazier in a contained setting. What makes this season so different from the first couple seasons of the show is those twists this year are at least a little believable in today’s world. Back in seasons two and three, the idea of a congressman suicide bomber being in a bunker with the VP or a car bomb blowing up at the CIA was out of this world and inconceivable.

One question I have routinely asked in almost all of my recaps for this season is what role does the Iran Nuclear Deal play in the overarching plot of this season? Well, I think I finally have the answer to that, so here is some speculation with no spoilers involved.

At the end of the season, I think this will be the main storyline from beginning to end: Dar Adal’s quest this year was to have such a close connection with President-Elect Keane that he wanted to do whatever it took for her to practically be his puppet. To do that, he needed to create diversions such as the bombing in NYC or making Saul look bad so that her policies would start to reflect what Dar Adal wanted. That’s where Sekou Bah and the Iran Deal come in. Sekou Bah was the diversion for Keane to make her domestic policy what Dar Adal wants and the Iran Deal and Saul screwing up at first was a way for Dar Adal to get what he wants from Keane and Israel.

Carrie and Quinn naturally fit in as the two people who will uncover this all and finally end Dar Adal’s run as the mastermind of the show who can be associated with terrorists and still have the ear of the President of the United States.

Here’s the preview for next week’s episode:

You can read all of our Homeland content right here.