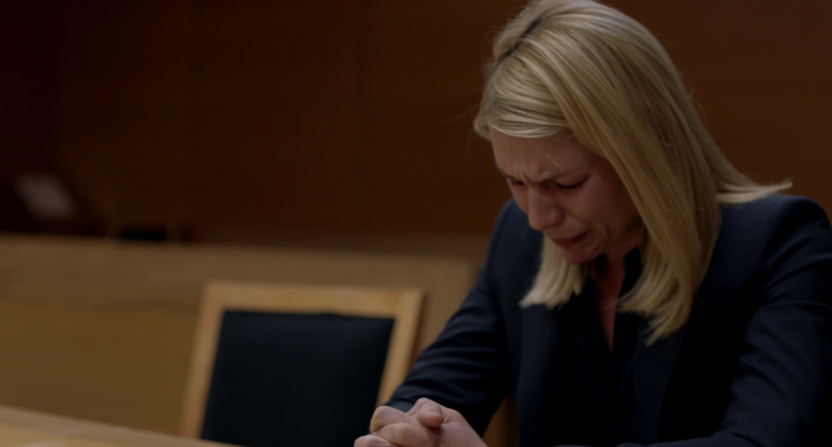 After a strong episode six with a ton of action, episode seven of Homeland‘s sixth season turned the plot upside-down thanks to massive character developments.

“Imminent Risk” was a brilliant name for the title of this episode because of the multiple imminent risks discussed throughout the story: Carrie’s loss of her daughter Frannie to child services, Quinn’s damage to himself, Saul’s work behind the CIA’s back, and Dar Adal’s master plan. Let’s dive into each of those plots and look at both how they unfolded and what they mean going forward this season. 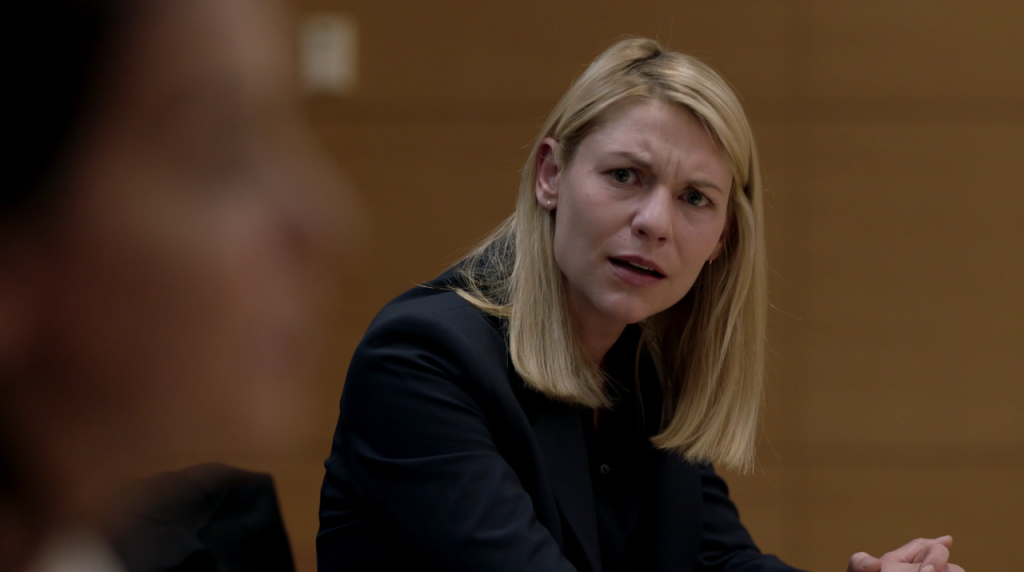 If there was one thing I didn’t see coming in this episode at all, it was the main plot of the episode: child services taking Frannie away from Carrie.

While Carrie and Max are installing a new security system inside Carrie’s house to help keep her and Frannie safe, she gets a call from Frannie’s school about child services showing up. From there, the agent begins to question Carrie about her situation at home and the incident with Quinn.

Well, one thing led to another and Carrie landed in court, fighting for the right to basically continue being a mother to Frannie in their home. Sadly, Carrie lost and this led to a brutal conversation she had later in the episode.

After drinking a little too much, Carrie called the President-Elect to see if she could use her powers as PEOTUS to help Carrie get her daughter back by citing the loss of her son, which she was interviewed about earlier on in the episode. This was a major low point for Carrie and hopefully plot-wise, her lowest of the season.

Every season, it seems like Carrie starts off slow, gets a couple of wins, and then hits a big low point. However, as we’ve seen time and time again, Carrie follows up that low with a big comeback to finish off the season. Let’s hope the sixth edition of that starts ASAP. 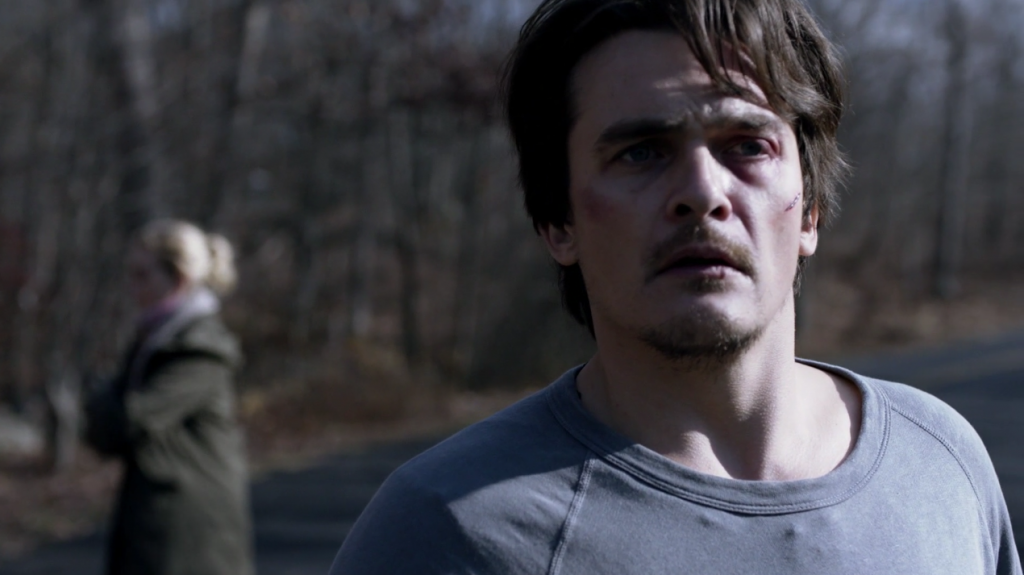 Quinn ends up in the hands of the German spy and his former lover Astrid, who has taken him to some cabin in the woods. There, Quinn tries to escape, but to no avail.

There isn’t much else to Quinn’s storyline in this episode except for his conversation with Dar Adal, but we’ll get to that later. For now, I sadly hate to point out it seems like after a strong couple of episodes as assassin Quinn, the weak Quinn is making a comeback.

The tough part about this is Quinn is one of two people, along with Carrie, who can crack one of the main plots of this entire season and that’s who planted the bomb. But because Quinn seems to be still recovering from last season and is an “inherent/imminent risk” to those around him, it’ll be tough for anyone to believe him. Well, anyone not named Carrie. 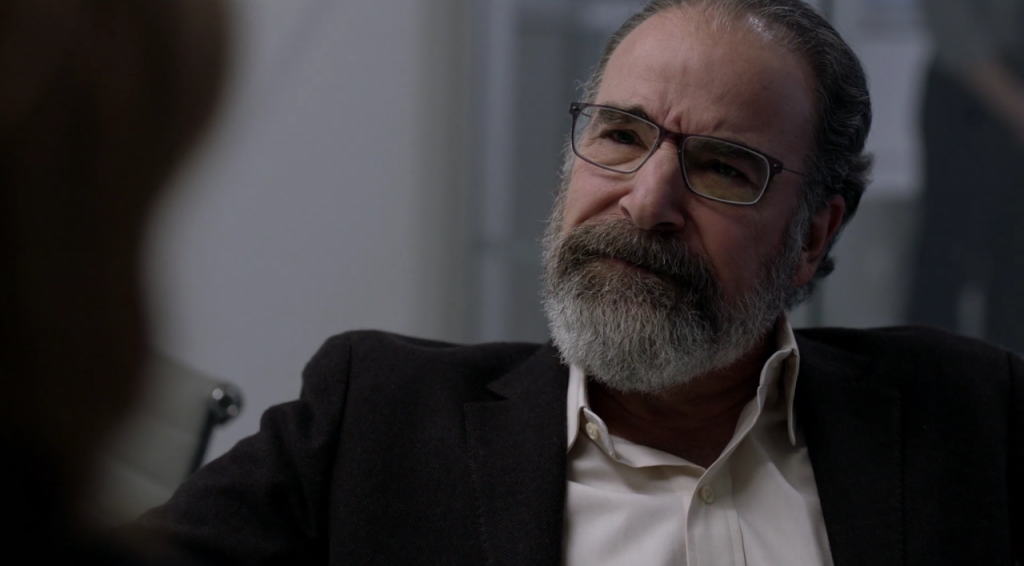 Ah, yes — another week, another episode, another series of scenes with Saul proving he’s the best character on this show. (That should not be considered a hot take, by any means.)

Anyway, Saul has been going behind the CIA’s back for most of this season and it’s been absolutely terrific. For a couple episodes now, Saul has been working with Majid Javadi, an Iranian double agent we first met back in season 3.

For a little refresher, Javadi was originally responsible for shooting Brody back in season 3 and at one point was Saul’s pawn as a double agent to rise up the ranks in Iran to aid the United States.

Anyway, Javadi reveals to Saul after the two finally meet up (and after three Iranians who tore off his finger nail are killed) that the Iranians are not cheating on the nuclear deal and the banker he met with was actually an Israeli. Oh, and that banker is also dead.

What this all ends up as is Javadi wants to continue to help the United States, but from U.S. soil. The double agent seeks the company of the PEOTUS, now that Saul mentioned it could be possible, to possibly claim asylum in the United States and assure her Iran is not cheating on the deal. One big reason why this is important for Saul’s season-long, semi-behind-the-back scheme against the CIA is Dar Adal. 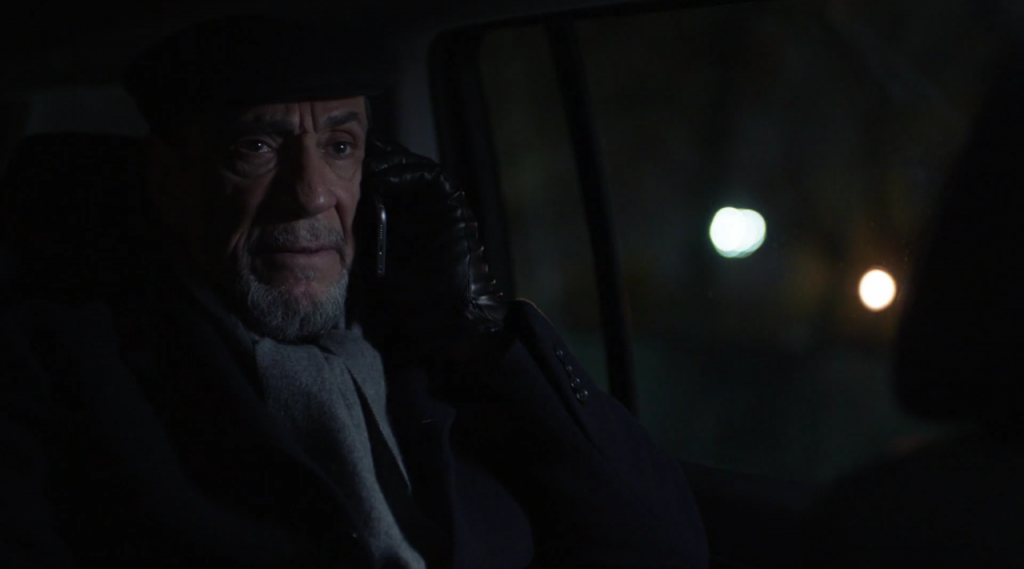 This episode both presented me with this idea and confirmed it: Dar Adal is the main villain in season 6.

Here are a few reasons why this is the case, based on episode 7:

1. Dar Adal could be behind the bombing. How do we know this? When Javadi is taken away by the Iranian agents who took off his nail, a man in a car is sitting outside that building to tell that Dar Javadi has been taken. Who is that man and what car is that? Oh, no biggie — just the same man and car who Quinn saw near the bombed van and the same guy who killed Agent Conlon last week.

2. Dar Adal is trying to turn Quinn against Carrie. We don’t know for certain that Dar knows what Quinn knows, but what we do know, based on their conversation at the end of the episode, is that Dar is trying to turn Quinn against Carrie. What this would do is stop Quinn from helping Carrie uncover the fact that Dar is connected to the guy who killed Conlon and most likely planted the bomb.

3. Dar Adal is a chief opponent of the nuclear deal. This was a quick line thrown out in the conversation between Javadi and Saul. Dar apparently was a major opponent of the nuclear deal and is seemingly trying to undermine it. We know this from him having someone tail Javadi, and also from a couple episodes ago when he lied to PEOTUS about what Saul discovered about the deal.

4. Dar Adal is behind child services taking Frannie: This was the last revelation of the episode as the agent who took away Frannie was on the phone with Dar. The second that storyline popped up, I figured someone had to be behind it and when Dar was revealed as that person, I wasn’t surprised. Dar has been trying to ruin Carrie’s life for years and taking away Frannie is a bold move.

Ultimately, if Dar is the ultimate villain of this season and doesn’t make it out alive, that’s his own doing. It’s been a long time coming for Dar and he’s done a lot of damage along the way, with the help a lot of very bad people.

Here’s the preview for next week’s episode: