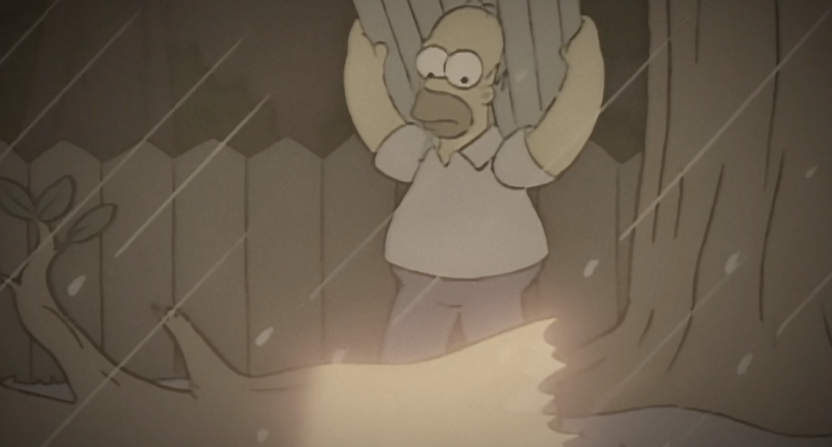 It’s hard to believe that the classic Simpsons premiered 25 years ago episode “Homer at the Bat” this past February. The softball episode with many baseball references and guest voices remains one of the best episodes in its 600+ episode history.

To celebrate the 25th anniversary, and create a bit of synergy for Fox’s World Series coverage, there will be a mockumentary about the episode featuring characters from the show as well as people in real life. The episode is set to premiere Sunday afternoon either at 3 PM ET or 4:30 PM ET depending on when you have an early or late afternoon NFL game.

The episode from 25 years ago revolved around the guys from the Nuclear Power Plant playing company softball and because of Homer’s Wonderbat, the plant finds itself in the championship game against Shelbyville’s Nuclear Power Plant. After Mr. Burns bet a million dollars his team would win, he got Roger Clemens, Mike Scioscia, Steve Sax, Don Mattingly, Jose Canseco, Darryl Strawberry, Wade Boggs, Ken Griffey Jr. and Ozzie Smith (all providing their own voices) to play, giving them token positions at the Plant. When everyone but Strawberry was unable to compete for various reasons, the original people had to play.

In this mockumentary, directed by Morgan Spurlock, is a satire of Ken Burns’ Baseball documentaries all about Homer being the hero of his team. Eight of the nine ringers will take part in the mockumentary to tell their “experiences” playing softball. And in addition to interviews with Homer, Comic Book Guy, Apu and Chief Wiggum (in animation), guests will include Aaron Judge, Nick Offerman, Russell Brand, George Will, Tim Gunn, Dr. Oz, Bob Costas, Joe Buck, Bob Uecker and Charissa Thompson (in live-action).

It should be noted that this isn’t an episode of The Simpsons. In fact, this year’s Treehouse of Horror special is set to premiere Sunday night. Instead, it’s a separate mockumentary made by Fox Sports and Major League Baseball.