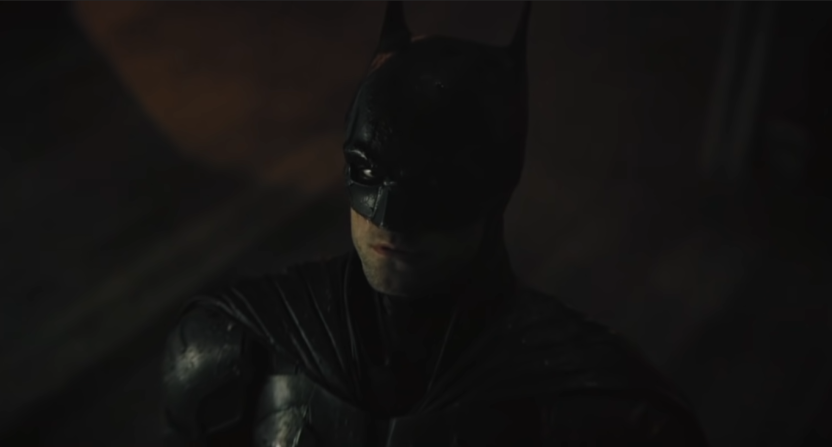 Batman’s back. Did we miss him? The proof will be in the receipts. When we last saw the Caped Crusader in a standalone feature, the year was 2012. The world and the movie-going experience are in a much different place now.

The Batman marks the first time that Gotham’s top crime fighter is the solo marquee attraction since The Dark Knight Rises. Since then, Batman has been part of an ensemble (Justice League). He has been animated (The LEGO Batman Movie). And he has shared top billing with The Man of Steel (Batman v Superman).

Expectations for this latest version will be different. The Dark Knight Rises closed the book on the trilogy from Christopher Nolan, who elevated the franchise to new heights. With Christian Bale as the star, these films were successful financially as well as critically.

What followed was Ben Affleck’s interpretation of the classic character. Affleck’s Batman often felt like a substitute teacher. His movies made money, but how much did we care? He was a guy filling in until the new Chosen One arrived.

Robert Pattinson could be our comic book savior. Being Batman is not for the thin-skinned. Seven actors have portrayed him in modern movies. Only two have been universally applauded: Michael Keaton and Bale. And there was a huge backlash when the casting of Batman was announced. If social media existed in the ’80s, you wonder if Keaton would have survived.

Good actors have failed, such as Val Kilmer and George Clooney. Clooney seemed like a slam dunk. Shockingly, he was terrible in the infamous Batman and Robin. The movie was so awful that it killed the franchise for years.

There are reasons to be hopeful. Pattinson has come a long way since The Twilight Saga. As a graduate of another beloved franchise, he’s uniquely qualified to understand the pressures of trying to appease a rabid fanbase. He was vampire Edward for five films. Surely, he could be Bruce Wayne, a mysterious and mentally unstable billionaire who thwarts villainy while wearing a costume.

Pattinson is a solid performer. He has built indie credit by appearing in such arthouse films as Good Time, The Lighthouse, and The King. He has also taken on bigger projects like Tenet. Distinct roles, but all with an undercurrent of maniacal desperation. You’re going to need a little bit of crazy in your acting if you’re going to be Batman.

POSTURE & PUNCHES IN SNUG BATSUIT: Robert Pattinson explains how his tight fitting batsuit both helped and hindered his performance as @TheBatman pic.twitter.com/Eq6LbeOvKu

A quality superhero movie requires two things. First, you need the audience to care about the guy in the suit. Big explosions, innovative CGI, and exceptional fight choreography are no substitute for character development. Without it, the protagonist might as well be a cardboard cutout. Second, you need a worthy nemesis. Someone who is just evil for evil’s sake isn’t good enough anymore. You need to understand the villain’s motivations so that his actions and words carry weight.

Pattinson and Paul Dano, who plays The Riddler, can deliver great performances. Hopefully, director and co-screenwriter Matt Reeves hasn’t let them down in this nearly three-hour flick.

The early reviews are promising, with an 87% score on Rotten Tomatoes. Peter Travers of ABC News wrote, “The Batman is a mesmerizing mind-bender that grabs you hard and never lets go as visceral pow gives way to startling emotion.”

Ultimately, this film will be judged on money. In the movie business, people vote with their dollars. Spider-Man: No Way Home proved that the blockbuster is not dead. The latest installment from the Marvel Cinematic Universe is the third-highest grossing domestic release in history, earning $760.9 million. That’s a stunning number in a pandemic world.

No one expects those kinds of figures for The Batman. But Spider-Man’s triumph showed that people will still visit the theatre for a big-event movie. While Batman v Superman was critically panned, it’s the third-highest-grossing film ($330 million) in the franchise, trailing only Nolan’s The Dark Knight and The Dark Knight Rises.

The hype train for The Batman left the station months ago. The marketing and publicity should help this reboot get off to a strong start this opening weekend. No one was necessarily asking for another Batman movie. But this one could give the Caped Crusader some badly needed juice.