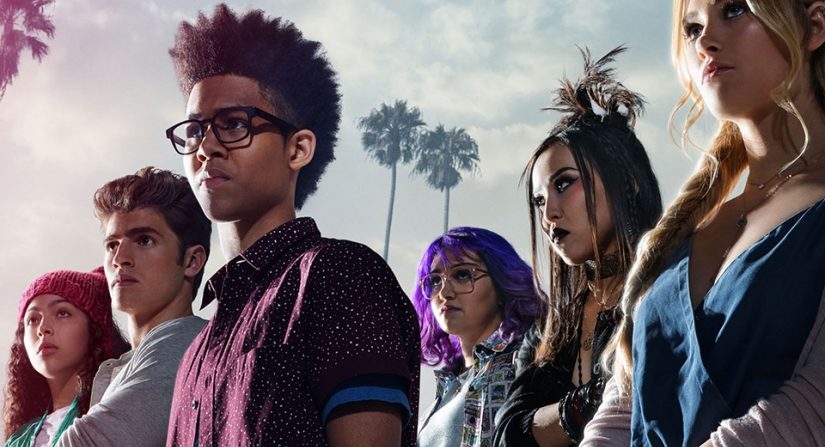 So what happens when you accidentally discover your parents are evil supervillains who enjoy sacrificing people? You run away.

For rich kids Alex, Gert, Molly, Chase, Karolina, and Nico, that’s the only choice — all while discovering new abilities, secrets, and redeveloping relationships previously thought to be long fractured.

With so many comic adaptations hitting the small screen within the last couple of months — including Fox’s The Gifted, Netflix’s The Punisher, and ABC’s Inhumans — Hulu has now entered the ever-crowded superhero genre  with Runaways, based on the Brian K. Vaughan Marvel Comics book of the same name.

In an oversaturated field, Runaways needed something special to rise above the rest. Fortunately, the teen drama — developed for TV by Josh Schwartz and Stephanie Savage (The O.C.) — offers a fun, unique spin on what could have been another weak recent entry into the genre. Here are three things that make Hulu’s show stand out.

Runaways is a Marvel show, but its teen focus makes it fresh

Yes, some of the kids have powers, but Runaways is just as much about the group’s struggle while growing up as it is about hiding from their parents.

Growing up sucks. Alex (Rhenzy Feliz) is a loner who can’t get past the death of his friend Amy, and desperately wants to live in a past where things were easier. Nico (Lyrica Okano), dressed in full-Goth garb, is an outcast who tries to cast spells to bring Amy, her sister, back.

Chase (Gregg Sulkin) used to be a nerd, but now hangs with jocks, despite being gifted with smarts. His success isn’t enough for his dad, so he’s got to be perfect. Sheltered by her mom’s Gibborim church, Karolina (Virginia Gardner) desperately wants to rebel, stop keeping up her seemingly perfect image and live her own way. Gert (Ariela Barer), an outspoken social warrior, just wants to be heard, while her adopted sister Molly (Allegra Acosta) is keen to prove she belongs to a much older crowd.

In its first three episodes, Runaways tackles social status, religion, acceptance, love, being gay, dealing with puberty, being misperceived, and wanting to be taken seriously — all relatable issues for teenagers. It’s a teen show, just neatly wrapped with a superhero bow.

Josh Schwartz’s experience with teen dramas is evident and refreshing for a genre that’s often too serious. As the Runaways teens deal with their own personal issues, they feel real and surprisingly grounded. It’s impressive, considering the show features magic, cults, and a guardian dinosaur.

While they’re not the focus, the parents’ motivations add much-needed depth. 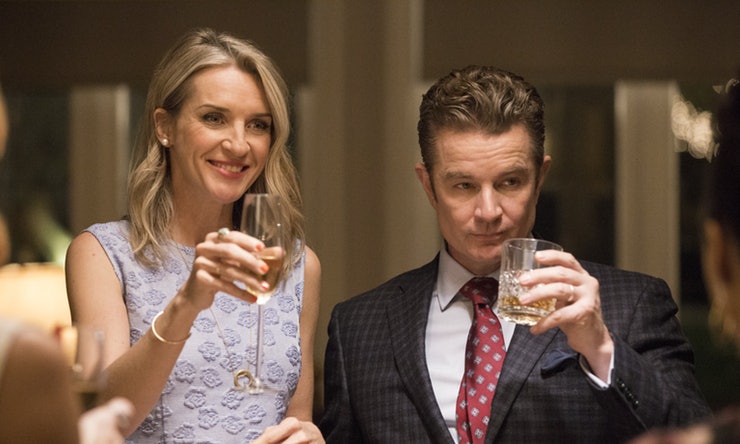 Runaways is about the aforementioned teenagers, but what’s surprising about the TV adaptation is how fleshed out the parents are. The second episode is dedicated nearly entirely to their supervillain group, The Pride.

Alex’s dad, Geoffrey (Ryan Sands), struggles with shedding his old “hood life” while leading a successful real estate investment career and The Pride. Meanwhile, Nico’s mom Tina (Brittany Ishibashi) can’t deal with the loss of her other child, Amy — putting up figurative and literal barriers against her husband, Robert (James Yaegashi) to deal with the grief.

Karolina’s mom, Leslie (Annie Wersching), is a powerful church leader, focused on her role as a spiritual leader much more than being a mother to her daughter, or wife to her husband, who isn’t in The Pride and dealing with his own personal problems as a now-irrelevant former heartthrob actor. Chase’s genius-inventor dad, Victor (James Marsters) pursues the discovery of time travel and treats his wife like garbage. And Gert’s adopted hippie parents are too open and have no filter. Keeping secrets from their kids and each other plagues the group.

What I’m trying to say is, the parents are incredibly fleshed out. In the comics, their motivations are clear, but not nearly at this kind of level. That might be a product of the medium, but it’s certainly welcome.

(Side note: Both the kids and parents are cast well with no weak link. Kudos to the casting department. Sands, Barer, and Sulkin are standouts.)

It respects the source material, while smartly making necessary changes 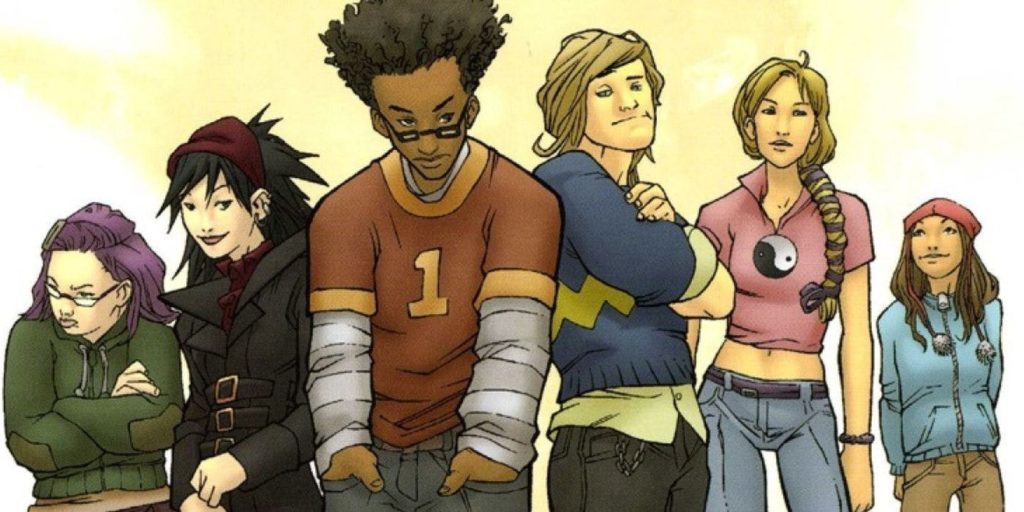 Runaways is pitch-perfect in terms of bringing the comic books to life, but Schwartz and company changed the overall plot to make things fit better on the small screen.

The biggest change is a twist in the kids’ past relationships. A big reason why the group drifted apart in the TV series is the death of Nico’s sister Amy. Amy was close to Alex and the others, and the group fractured after her death. The character, who doesn’t have a comic book counterpart, lets the show thread together a heartbreaking reason why the group broke up and adds depth to Nico and her parents’ story.

Another interesting change is Karolina’s backstory. In Vaughan’s original run, her parents are famous actors. In the show, only her dad is (and, as mentioned, he’s not a member of The Pride). Instead, Leslie runs a church, which adds a great dynamic to Karolina struggling with keeping a public face and confronting her own spiritual and sexuality.

Other changes include aging Molly up by a couple years and killing off her parents, having The Pride’s sacrifice go wrong, changing Nico’s powers so they don’t involve self-harm (a very good decision, considering this show’s core audience), and adding more depth to the parents. Comic book fans freak when the precious source material is altered, but it’s all for the right reasons here.

If it sounds like I’m being too positive, it’s because there’s not much to neg on with Runaways.

Sometimes, the occasional non-linear storytelling leaves you wanting to get on with current events. The pacing in episode one is slow. And for those expecting tons of Marvel references, you might be disappointed. However, that’s nitpicking. It’s a rare comic book adaptation that faithfully adapts beloved source material while adding necessary, welcome changes. It’s honestly the best-case scenario for Marvel and Runaways. Hulu’s first superhero offering has tremendous potential.

The first three episodes of Runaways are now available on Hulu (as of Nov. 21) with each of the remaining seven episodes being released on a weekly basis, leading into January.