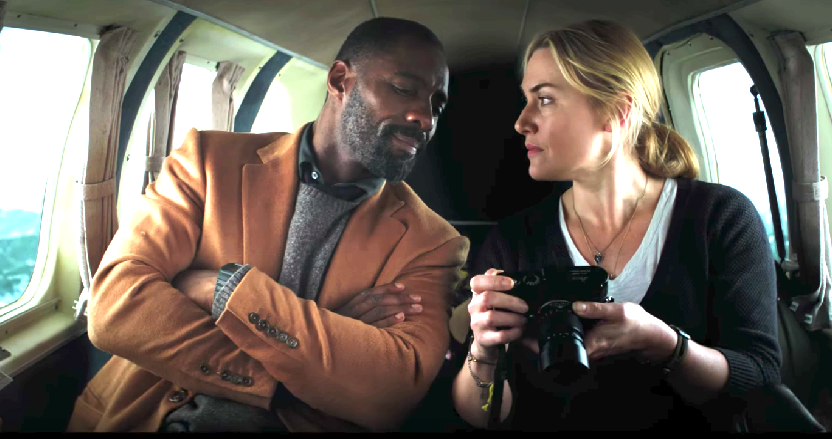 Let’s get the obvious joke out of the way. If you had to be stranded in a remote, snowy mountain range with no food and little shelter, wouldn’t enduring the experience with Idris Elba or Kate Winslet make the ordeal feel a little bit better?

Based on the trailer for The Mountain Between Us, this is a movie intends to convey a grueling survival experience that tries to overlook the attractiveness of its stars. Yet it helps to follow a story of physical and mental suffering, despair, and (presumably) triumphant will while watching two appealing people. (Even if the title sounds more appropriate for a relationship self-help book.)

Those with a fear of flying — especially on small planes — might want to avoid this one, judging from the footage here. The story tries to make the characters’ decision to charter a plane out of Idaho understandable and urgent, however. Ben Bass (Elba) is a surgeon who needs to get back to Baltimore to perform surgery, while Alex Martin (Winslet) is a photojournalist who’s about to get married. Too bad their pilot suffers a heart attack during the flight.

That mountain scenery looks great until you crash into it, folks. Check out the trailer:

Winslet’s character looks like she suffered the more serious injuries during the crash, sporting a broken leg and swollen face. Or maybe Elba just didn’t want to put on too much make-up after being completely obscured by prosthetics in Star Trek Beyond.

(Apparently, the broken leg is faithful to the source novel. Although Dr. Bass suffers broken ribs in the book and Elba doesn’t appear to be hurting in that way. And Winslet is the one who takes a plunge in icy water too. Looks like she’s getting the raw deal there.)

Could this be an Academy Award contender? 20th Century Fox seems to be aiming for that with a fall release. Winslet often seems to be a lock for an Oscar nomination (though that hasn’t been the case in recent years), and Elba hasn’t had too many movie roles that have warranted such consideration, other than the title role in 2013’s Mandela: Long Walk to Freedom. But a harrowing tale of human struggle and survival in the face of hopelessness should be compelling.

The Mountains Between Us will open in theaters on Oct. 20, a good time to release a film with awards aspirations.