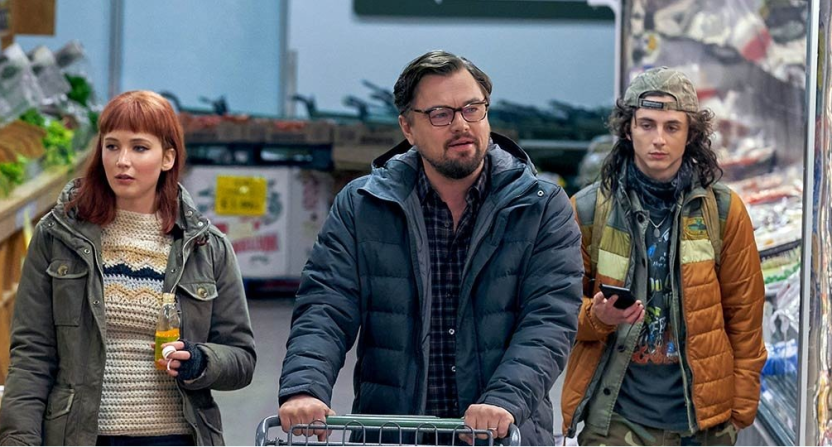 Put on your resting pissed face. Get ready to angrily throw popcorn at the television.

The Oscars are Sunday. Brace yourself for disappointment because few annual events routinely overpromise and underdeliver. The Academy of Motion Picture Arts and Sciences seems to rejoice in our misery. Every year we convince ourselves that things will be different. Every year we’re wrong. We should know better, but we don’t.

Tuning out is an option. Many have, judging by last year’s massive decline in ratings. But for those who enjoy films, you want to watch for a memorable experience—to see the best be rewarded for their screen magic. People still love movies. However, the Academy often neuters that enthusiasm by doing a mediocre job of choosing which ones to honor.

Ladies and gentlemen, for your consideration: Don’t Look Up.

If Don’t Look Up gets the Oscar, it will be the worst Best Picture winner since Crash. That’s right. Adam McKay’s heavy-handed, grating satire could earn the most coveted prize in film. It’s enough to make you cry and vomit simultaneously. We’ll know the truth. There’s no justice. God doesn’t exist.

Crash is the undisputed heavyweight champion of all-time bad Oscar winners for a myriad of reasons. The characters are unlikable and unrelatable. The story is an offensive mess with enough cringe-worthy scenes to rival a snuff film. Since 2004, we haven’t had a true contender to challenge Crash. Although many African Americans might argue for Green Book for its continuation of the racial reconciliation fantasy.

We expect better of McKay. Two of his previous films were well-deserving Best Picture nominees. The Big Short did an incredible job of detailing what led to the financial crisis of 2007-08. Vice was a fascinating look at Dick Cheney, arguably the most powerful vice president in modern history. Many are currently enjoying McKay’s HBO series Winning Time, which chronicles the rise of the 1980s Los Angeles Lakers.

Because of McKay’s track record, there was tremendous anticipation for Don’t Look Up. Check out that cast. It had Oscar winners Leonardo DiCaprio, Meryl Streep, Jennifer Lawrence, Cate Blanchett, and Mark Rylance. It had Oscar nominees Jonah Hill, and Timothée Chalamet. Don’t Look Up was the Netflix event too big to fail. Perhaps this feature would finally bring home the Best Picture award to the streaming service.

That could happen Sunday. If so, that’s a disgrace. Don’t Look Up is the worst kind of satire because it’s neither funny nor revealing. Where is the humor? It seems like a collection of inside jokes that the audience doesn’t understand or doesn’t care about. For example, there’s a running bit about a general at the White House charging visiting astronomers (DiCaprio and Lawrence) for snacks that are actually free.

Do a deep dive on that if you want. But the gag is tedious and adds little to the story.

Don’t Look Up wants to say something profound about climate change, government, and media. But the message is muddled and doesn’t dare to explore the reasons and complexities as to why there has been so much inertia. Instead, Don’t Look Up would rather point the finger and poke fun at frequent pop-culture villains such as politicians, corporations, and the news.

That’s not exactly groundbreaking or nuanced. People do that every day.

Painting conservatives with such a broad brush doesn’t make for an engaging piece of art. There are motivations behind behavior, and having Streep portray a cartoonish version of Donald Trump doesn’t provide any insight. People are rarely this inexplicably narcissistic. Not even the president. This represents a rare miss by the best actress of her generation. It’s not entirely Streep’s fault. She needed a better script.

McKay is also off base when examining the media. Don’t Look Up insinuates that journalists are ignoring or downplaying climate change. Huh? There are stories almost daily on newspaper websites and on broadcast news on how warmer global temperatures are affecting the planet. So, his decision to mock environmental coverage is curious at best.

But Don’t Look Up’s biggest failure is that it’s simply not entertaining. Except for a few lines from Hill and the occasional witty banter between Blanchett and Tyler Perry as talk show hosts, there’s little to enjoy. This begs questions. Who is this movie for? What audience is it trying to reach?

Even the most hardcore McKay enthusiast had to feel let down. Netflix will defend Don’t Look Up by pointing to record-breaking viewership numbers. That does have value and that’s mainly what the streaming giant cares about. But it would also love the validation that comes with winning an Oscar for Best Picture.

Don’t Look Up is a bit of a long shot. Right now, it looks like a two-film race between The Power of the Dog (also a Netflix feature) and CODA (also a streaming-service movie, but from Apple TV+). Both are very good. Reward them.

Just don’t disappoint us (again) by handing Don’t Look Up a gold statue.