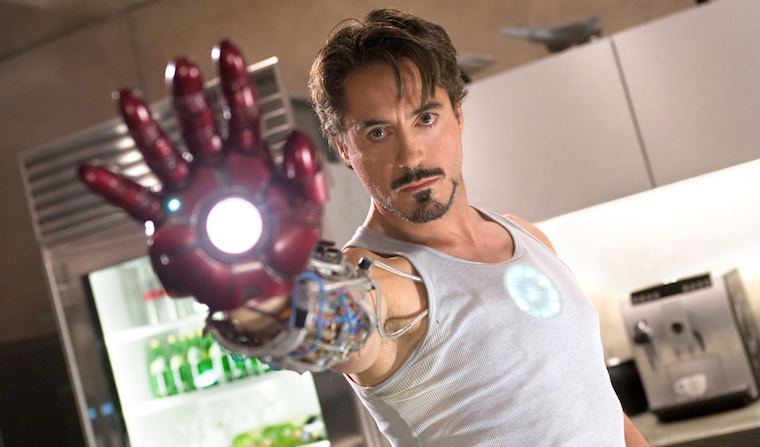 For any comic book movie to work, you have to care about guy inside the suit. Otherwise, it’s a just a dude in a silly costume. Hollywood occasionally gets it wrong in the superhero genre with bad casting (Eric Bana as Bruce Banner in Hulk), snoozer scripts (X-Men Origins: Wolverine) and overall incompetence (Batman & Robin).

Marvel Studios lucked out when it launched the first movie in its Marvel Cinematic Universe. Iron Man, released May 2, 2008, enjoyed the kind of success that allowed it to grow and make mega-hits like Black Panther and Avengers: Infinity War. In hindsight, Iron Man might have seemed like an obvious hit. In reality, it wasn’t quite a sure thing.

Back in 2008, Robert Downey Jr. (Tony Stark) wasn’t the bankable A-list star that he is today. The idea of Jon Favreau directing Iron Man seemed as ridiculous as Michael Keaton being Batman. And why would established thespians like Gwyneth Paltrow and Jeff Bridges want to slum it in a comic book movie? Plus, Marvel movies were notoriously hit and miss.

An Iron Man film had been in the works since the 1990s. There had been various attempts to get it off the ground but either no one could figure out how to make it work. Believe it or not, Quentin Tarantino was once interested in writing and directing Iron Man. Iron Man was never on the level of Marvel superheroes like Spider-Man or the Hulk. And he didn’t even have a super power. Tony Stark was a businessman/inventor of military hardware. He seemed like Marvel’s answer to DC’s Bruce Wayne, except not as popular. The character was an alcoholic playboy.

Given these characteristics, perhaps Downey was the perfect choice to play Stark. Downey, an immensely skilled actor, faced personal and public demons. Downey infamously battled substance abuse to the point where his career and his life were in danger. He once famously told a judge in 1999, “It’s like I’ve got a shotgun in my mouth, with my finger on the trigger, and I like the taste of the gun metal.”

While Downey seemed like an obvious choice to play Stark, Favreau was a gamble. He was best known for comedies. He wrote the screenplay and starred in Swingers (1996) and directed Elf (2003). He had never directed an action movie or a blockbuster. But through his connections with Avi Arad, then-CEO and president of Marvel Studios, Favreau landed the job. From there, things got interesting. Officially, four people are credited with writing the screenplay (Mark Fergus, Hawk Ostby, Art Marcum and Matt Holloway). But apparently, things weren’t as polished. According to Bridges, “They had no script, man.”

Bridges told InContention.com, “They had an outline. We would show up for big scenes every day and we wouldn’t know what we were going to say. We would have to go into our trailer and work on this scene and call up writers on the phone, ‘You got any ideas?’ Meanwhile, the crew is tapping their foot on the stage waiting for us to come on.”

This was risky. The environment for comic book movies was much different then. These days, the movie-going audience craves escapism and even mediocre superhero films generally do well financially. But in 2008, there was a feeling of superhero film fatigue. If Iron Man flopped, who knows what would have happened to the Marvel Cinematic Universe? Still, expectations for the film were measured.

In another interview with The Hollywood Reporter, according to Bridges, he, Favreau and Downey, basically rewrote whatever script existed. Whatever happened worked. The New York Times praised the script because it “generally chooses clever dialogue over manufactured catchphrases and lumbering exposition.”

Iron Man told a story based in mostly realistic concepts. There was nothing supernatural or totally unbelievable about the story. That’s what made the man in the suit so appealing.

The basic plot: Stark, a weapons manufacturer, gets kidnapped. He’s horrified to learn that his captors used his own weapons against him. The terrorists want him to build a special missile but instead, Stark devises his greatest invention – the Iron Man suit – to escape.

Stark returns to America a changed man and he vows to stop making weapons. This, of course, doesn’t sit well with the rest of the company, especially Bridges’ character (Obadiah Stane). Stark then secretly works on improving his suit to become the superhero we all know and love. Stark is funny, charismatic and introspective. Some of the best scenes are simple banter between Stark and his assistant Pepper Potts, played wonderfully by Paltrow.

You care about the guy in the suit.

What makes Iron Man deeper than the average comic book movie is that it raises legitimate questions that we’re still grappling with today in the real world. The moral dilemma of building weapons of mass destruction, such as nuclear arms – or worse.

Another plot point worth discussion is the ownership of ideas. For example, think of the legal drama behind the creation of Facebook. Stane wants to steal the Iron Man suit and in one chilling scene says to Stark, “You really think that just because you have an idea, it belongs to you? Your father, he helped give us the atomic bomb. Now what kind of world would it be today if he was as selfish as you?”

Iron Man, with a $140 million budget, became the second-highest grossing film of 2008 ($318,412,101 domestically). Only The Dark Knight ($533,345,358) made more money. It gave Marvel cinematic credibility and eventually led to Disney buying Marvel for $4 billion. Iron Man was the first major commercial hit for Downey and rejuvenated his career. It turned him into an instant box office draw, leading to his success in the Sherlock Holmes franchise.

In 2015, he received an official full pardon for a felony drug conviction that sent him to jail.

Iron Man increased Favreau’s Hollywood clout and brightened the spotlight for Bridges and Paltrow. The only one who didn’t benefit was actor Terrence Howard, who was essentially fired and later replaced in the two Iron Man sequels and Avengers films by Don Cheadle. Howard said not being in the follow-up Iron Man movies cost him $100 million.

As great as the original Iron Man was, the follow-ups couldn’t recapture the magic. Iron Man 2 was tedious. Iron Man 3 was boring. But the impact of the original still resonates today. Without it, the Marvel Cinematic Universe (the Avengers, Thor, Guardians of the Galaxy, Black Panther, etc.) probably wouldn’t exist.

Iron Man is one of the best superhero movies ever made.