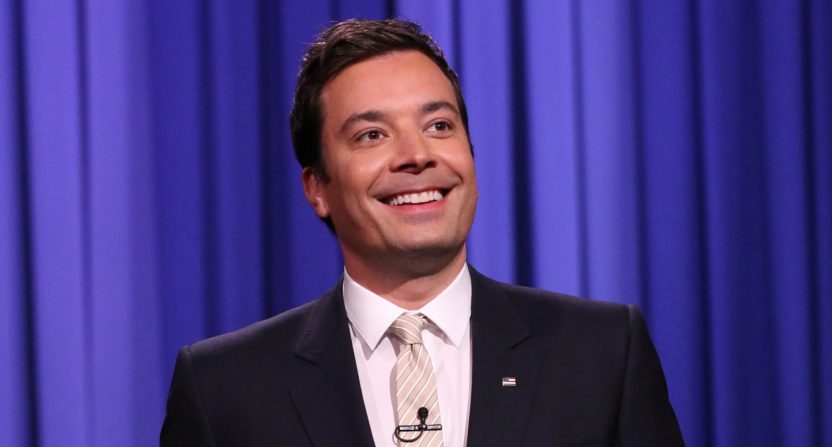 Having slipped behind late night competitor Stephen Colbert in ratings, Jimmy Fallon is looking to get a little more political on his late night show on NBC.

The Late Show With Stephen Colbert has wiggled past The Tonight Show recently and has found a solid string of success in the ratings between the two late night options (apologies to Jimmy Kimmel). While Fallon has his style that works best for him, the late night wars tend to favor those with more of a flair for political humor given the current political climate. This is right up Colbert’s alley and one in which Fallon has tended to struggle by comparison.

Fallon received some criticism for how he handled an interview with then GOP nominee Donald Trump, failing to ask any questions that came close to challenging the controversial presidential candidate and instead asking to ruffle the Don’s hair. In Fallon’s defense, late night presidential interviews on the campaign trail can be a little more light-hearted in spirit overall and Fallon himself is a lighter interviewer than most, but many expect even a late night host to address some more down-to-earth subjects when presented such an opportunity.

It also helps Colbert that he has a deeper background in political humor going back to his time on Comedy Central with The Daily Show and then his own show. Colbert has not shied away from going back to the political well in recent months.

So how can Fallon fight back? By not fearing to embrace the political side of late night just a little more. One former late night giant weighed in with some possible advice for Fallon.

“I don’t want to criticize Jimmy Fallon,” David Letterman recently said in an interview with Vulture. “I can only tell you what I would have done in that situation: I would have gone to work on Trump. But the thing about it is, you don’t have to concoct a complicated satirical premise to joke about Donald Trump.”

It will be interesting to see how well Fallon steps up his political satire and late night gimmicks, and how comfortable he will be doing so.