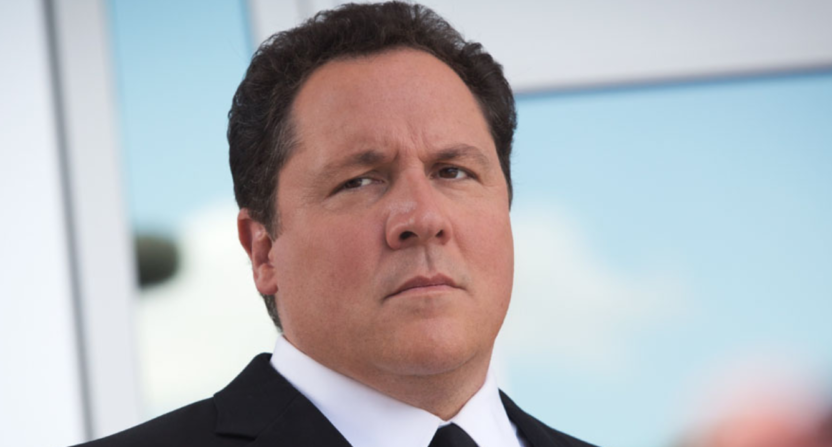 But unlike Rian Johnson, David Benioff, and DB Weiss, Favreau won’t be creating a new movie saga. Instead, he will be developing a live-action TV series for Disney’s upcoming streaming platform.

Lucasfilm made the official announcement this morning.

“I couldn’t be more excited about Jon coming on board to produce and write for the new direct-to-consumer platform,” says Lucasfilm president Kathleen Kennedy. “Jon brings the perfect mix of producing and writing talent, combined with a fluency in the Star Wars universe. This series will allow Jon the chance to work with a diverse group of writers and directors and give Lucasfilm the opportunity to build a robust talent base.”

Favreau added, “If you told me at 11 years old that I would be getting to tell stories in the Star Wars universe, I wouldn’t have believed you. I can’t wait to embark upon this exciting adventure.”

Disney’s over-the-top service will be released in 2019. Meanwhile, Favreau’s Star Wars series doesn’t yet have a release date.

Favreau has a long history of hits for Disney, which is surely why he was given this project. The director already has Iron Man (which kickstarted the Marvel Cinematic Universe), Iron Man 2 and The Jungle Book on his resume. Up next is another live-action remake, The Lion King, and Jungle Book 2.

This is big news for the Star Wars franchise, but a live-action series has been rumored for years. Disney rolling out a new platform which needs programming provided a home. And Star Wars fans will have more content than ever before.

From 1977 to 2005, Lucasfilm released a total of six Star Wars movies. But in an age where intellectual property is key and cinematic universes are trendy, Disney is capitalizing on a global brand by constantly churning out new material.

We’ve already gotten three Star Wars films since Disney bought Lucasfilm, beginning with 2015’s The Force Awakens. Two more are on the way with this year’s Solo and next year’s Episode IX. There have been two animated series, The Clone Wars (lasting six seasons) and Rebels (which just completed its four-season run). And as mentioned above, Lucasfilm is developing two more movie trilogies. Add this upcoming TV series to the mix, as well.

Is Disney oversaturating the market with Star Wars? Yes, but the studio doesn’t care because it’s a license to print money. There’s simply no other brand like Star Wars and the appetite for more seemingly can’t be satisfied.

Even a film that polarized audiences like Star Wars: The Last Jedi still had the fifth-largest box office opening of all time, earning $450 million, on its way to a global total of $1.3 billion. The movie will make plenty more when it’s released on video this month.

Does anything else compare? Maybe the Marvel movie series, which is also owned by Disney. According to Box Office Mojo, the Marvel films are the only other franchise that’s made more money than Star Wars. But Marvel has made twice as many films, 18 to Lucasfilm’s nine (10, if you count 2008’s The Clone Wars animated film). Is that really a fair comparison?

The question is whether or not audiences will get tired of Star Wars. Maybe those movies won’t feel like such an event if there’s one movie a year, plus whatever else is available on TV with animated and live-action series. Yet the audience keeps growing. Those who saw the original Star Wars movies as kids are adults now, and probably can’t imagine we’d get so much more. They’re raising kids who are growing up on these new films and TV shows.

Disney and Lucasfilm will just keep feeding us. The only thing that will stop them is if we don’t want anymore.