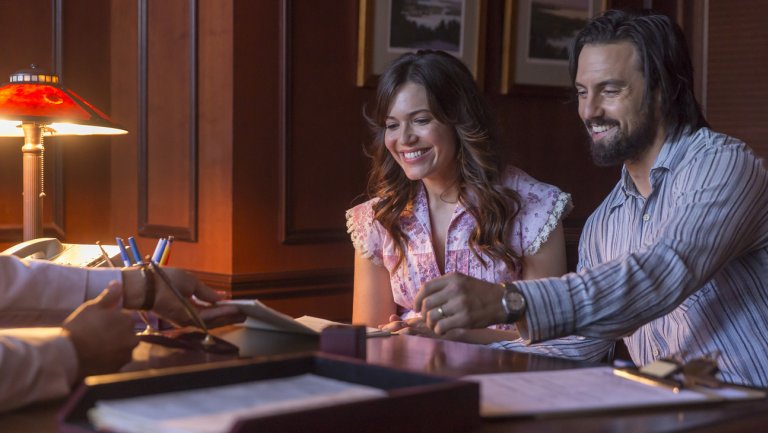 How Jack dies is an important question in the overall story, so important that it’s all I can think about when I watch or talk about This is Us right now. It’s also all the show seems to talk about nowadays.

The Season 1 finale led viewers to believe that a drunk-driving Jack got into a car accident and died. In the Season 2 premiere, the episode ends with Jack’s wife Rebecca (Mandy Moore) crying in her car looking at their house burned down from a fire. This immediately led us to believe that Jack died in the fire, only for Rebecca to turn around and see his personal effects intact in a bag, making it look like maybe he didn’t die there.

This is Us continually leads its viewers in different directions and presents various ways that Jack may have died. But the show continues to stop short of telling its loyal fanbase how the perfect father and husband passed.

All we know a whole 21 episodes into the show’s run is that Jack dies at some point, which really impacted the family in a negative way and continues to do so decades later. But the show refuses to tell us HOW he died. We know the when because the triplets in their teenage stage are dealing with the immediate grief, but we don’t know the how.

And frankly, it’s getting old and tiring.

This is Us is a tremendous show. It’s a dramedy that is a pleasure to watch, but after all these twists and turns hinting at Jack’s death, it’s also become a chore.

The show is miles better than True Detective Season 2, but is falling into the same trap that made that season a mess. What made True Detective so difficult to watch was that all the twists and turns were impossible to keep track of and by the season finale, I had no idea who was who and what exactly the crimes were that we should care about.

The same can be said in a way about Jack’s death in This is Us. It’s gotten to the point where I’ve lost track of how many different teases the show has given us regarding Jack’s death and I’ve stopped caring about the fact that he died. At this point, I just want to know how it happened.

What made the show great from the start was how it told us these wonderful stories about how families deal with grief, loss, happiness, and everyday struggles. What made it unique was how it told us that the main characters dealt with these issues when they were kids and as adults, 30 years later. It was a brilliant concept and still holds up three episodes into the second season. But while all of that makes the writing and story so great, the show is being negatively impacted by Jack’s death hanging over the story.

In the most recent episode, we see Kevin (Justin Hartley) deal with father issues, flashing back to moments with his dad. While these were sweet flashbacks, I didn’t care about them because they would’ve meant more to me if I knew how Jack died.

Multiple times throughout the show’s run, Randall (Sterling K. Brown) deals with anxiety and commitment issues, also flashing back to times where his father helped him calmed down. Much like with Kevin, these scenes were touching, but would’ve landed better if we knew how Jack died.

Consistently throughout the show, Kate (Chrissy Metz) deals with the fact that she blames herself for her father’s death. This is something many children and adults who lost their parents probably deal with, making the storyline tough to watch. But once again, the scenes would be better if we simply knew how Jack died.

Because of how the series is written and how the two timelines play out, if we finally learn how Jack dies, it doesn’t mean he can’t be in any more episodes and his children can’t deal with the issues they’ve carried into adulthood. The show goes back and forth between the various timelines to show us older and younger versions of all five Pearsons, making it possible for us to know how Jack dies while still working him into scenes (before his death). So that can’t be an excuse for why we don’t know the answer to this important question yet.

I’m not the only one who wants to know either. Last week, Ventimiglia did an interview with Entertainment Weekly and discussed how people ask him about his character’s death all the time.

ENTERTAINMENT WEEKLY: What kind of reaction have you been getting on the street over the last few days? Lots of poignant and teary hugs? Has anyone tried to throw flame-retardant gear on you?

MILO VENTIMIGLIA: It’s a lot of “Still, we don’t know what happened.” And there was even a little bit of clarity that they were asking me for. They were like, “Wait a minute. You were in the front seat, and then you’re not in the front seat, but your stuff is in the seat but your stuff wasn’t burned, so that doesn’t mean you were in the fire or you were out of the fire? What was it? What happened? How did you die?” So, I still have not escaped the question, but I think at least people feel like we’re on the road to resolution — or on the road to understanding how is that Jack died, and how this burned-down house is a part of it.

This isn’t Inception, so it doesn’t need to have a mind-bending trick. This isn’t Westworld, where the multiple timelines are hidden. This is a simple dramedy on NBC that needs to answer the one question they’ve asked for 21 episodes and they need to do it soon.