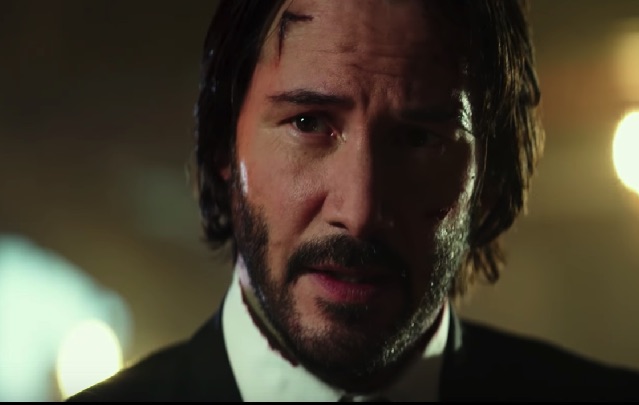 John Wick is still working on that retirement thing.

Give Keanu Reeves credit for knowing a good thing when he sees it. John Wick looked like it may have been a bad career choice for the actor, a desperate grab at an action movie that could maybe provide Reeves with some cult popularity.

Maybe John Wick was a cult hit, especially among action-loving movie fans. Directed by Chad Stahelski and David Leitch — who had established themselves as stunt coordinators and second-unit directors — the fight scenes were tightly choreographed and coherently shot. There was no shaky-cam with the camera in close on the actors. It was easy to follow the flow of what was happening on screen.

Grossing $43 million domestically and $86 million globally against a $20 million budget, John Wick was a huge success. That meant there was going to be a sequel. After releasing a teaser in October, Lionsgate is back with a new look at John Wick: Chapter 2. Everybody wants a piece of him.

Stahelski is back in the director’s chair for the sequel, while Leitch has moved on to take over Deadpool 2. Based on the trailers, we shouldn’t expect anything different from the action, except there will probably be more of it. Reeves is once again firing guns like he’s throwing punches, a ramped-up version of the style of fighting seen in movies like The Matrix trilogy and 2002’s Equilibrium.

What else was impressive about John Wick is that it took place in its own world, an underground society of assassins that congregated in their own nightclubs and hotels, following a twisted code of ethics, often showing each other professional courtesy. However, Wick disrupted all of that in the first film, seeking vengeance on the Russian gangsters who killed his dog (a gift from his late wife).

Chapter 2 looks like it deals directly with the consequences of that, with a contract put out on Wick and the story increasing its scope with settings around the world. Also, the cast is getting a significant boost with the additions of Laurence Fishburne, Ian McShane and Common.

Here is the first teaser from October: