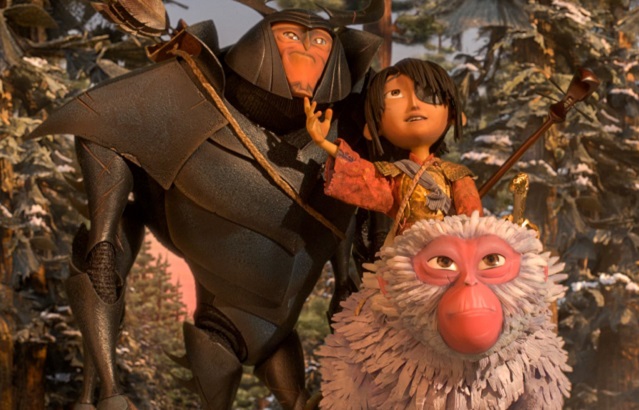 This past weekend (beginning Aug. 19) is considered the last of the summer movie season. If that’s the case, Focus Features and Laika Studios saved one of the best for last with Kubo and the Two Strings.

One of the reasons that this past summer seemed so disappointing — which also generally applies to blockbusters released throughout the year — is that many of these cinematic spectacles feel much the same. That especially applies to superhero movies in which thin narratives lead to cataclysmic CGI battles with very little thought to character or story. It’s more about translating comic book panels to the screen and including enough references to satisfy the fanboy crowd. But that can apply to many other franchise films as well, such as those rebooting older movies or TV shows.

The easy reaction is to say that Hollywood has run out of original ideas, content to trade on brand names and the loyalty and nostalgia they engender among audiences. So when something original comes along, it feels fresh and invigorating. And you can’t help but wonder how much more exciting this summer movie season would have been if other films had tried to be creative.

It might be tempting to write off Kubo and the Two Strings as kid-friendly animated fare geared more toward children than adults. (Adults got their movie last week with Sausage Party, after all.) Though the Pixar films also appeal to grown-ups and stand on their own as films, animated movies often seem created to sell toys and other licensed merchandise. Maybe I’ll walk into Target this week and find a bunch of Kubo toys and clothes that will reaffirm that cynicism. But if the merchandise is as well-crafted as the stop-motion animation and characters in this film are, I might prefer to snap up some toys for my desk and bookshelves.

Kubo and the Two Strings is the fourth film from Laika, an animation studio co-owned by Nike mogul Phil Knight that has only developed three films prior to this one: Coraline, ParaNorman and The Boxtrolls. Travis Knight is the CEO of the studio and directed Kubo. But don’t write him off as the product of nepotism. Perhaps he and Laika have the luxury of taking their time with projects and following their storytelling instincts, rather than answer to studio notes and outside financing. But while some of their slate may adapt popular children’s novels, the studio isn’t chasing popular trends and looking to make a quick buck with properties that can be sold as McDonald’s Happy Meals.

Perhaps the most surprising thing about Kubo is that it’s not based on a pre-existing property. As I was watching, I was certain that this had to be based on a children’s novel or manga series. Knight, along with screenwriters Marc Haimes and Chris Butler, have created a world here with its own set of rules, settings, characters and mythology. The visuals pull you in, but the story and characters keep you following along. And as the narrative progresses to the next set piece, the movie continues to top itself in terms of the environments displayed on screen and the stakes for the heroes of the piece.

Kubo and the Two Strings is essentially a children’s fairy tale about a young boy (voiced by Art Parkinson, Game of Thrones) forced to flee his home with his mother, in order to escape his evil grandfather, the Moon King (Ralph Fiennes), who wants both of his eyes. The Moon King feels betrayed by Kubo’s mother, who was originally tasked with killing a samurai warrior named Hanzo, but instead fell in love and had a child with him.

Kubo’s mother tries to conceal him from his grandfather, imploring him to get back to their cave before it turns dark. But eventually, curiosity — in addition to a longing to bond with the villagers whom he visits and tells stories to every day — get the better of him, leaving him vulnerable to an attack by his mother’s two sisters. Those sisters are quietly disturbing, floating through the air, ghost-like, with ethereal voices (supplied by Rooney Mara), their faces hidden behind porcelain masks and formidable Kusarigama weapons (blades attached to chains, and yes, I had to look that up) that can mow down seemingly anything in their path.

After the sisters separate Kubo from his mother, he takes on the quest that his mother prepared him for, to find his father’s armor. The armor consists of three pieces — a sword, chestplate and helmet — that are scattered throughout the realm this story takes place in. For companionship, Kubo’s mother has brought his toy monkey (Charlize Theron) who serves as mentor and protector. During the course of their journey, they encounter a beetle (Matthew McConaughey) who suffers from amnesia, but remembers that he was a warrior who was apparently trained by Hanzo. Upon meeting his master’s son, Beetle infers that it’s his destiny to help Kubo, perhaps learn all that he’s forgotten and rediscover his purpose in life.

The story has more depth to it than a quest and hero’s journey. Revelations about some characters contain some surprises. (I thought the voices might be off-putting, especially McConaughey’s, but they serve the characters well.) Pardon the cliché, but this really is more about the journey than the destination. The obstacles that Kubo and his friends encounter as they try to find the pieces of his father’s armor are both fearsome and fascinating, and you can’t help but wonder what fantastic imagination (or imaginations) all of this came from.

What gives the story more dramatic power is the animation. Sure, some of it is digitally created, but there are several featurettes online that detail the models and sets that were built to animate these creatures frame by frame. There is a weight to these characters and their settings (how do they make the water move like that?) that wouldn’t feel the same if entirely created via computer. The animation style might be most impressive during the action scenes, which are some of the best seen in a movie this year.

No, it’s not “real,” but it doesn’t look fake or incoherently blurry like much of the action we still settle for in live-action films these days. The fight with Kubo and Monkey pitted against the two evil sisters is utterly thrilling, largely because the action and sequence of events is easy to follow. Star Trek Beyond or Suicide Squad might have been just a bit better if they took the same care in their storytelling. (Though to be fair, those films were probably under release date and studio pressure that Kubo did not have to deal with.)

I have no idea if Kubo and the Two Strings was made with a sequel or multiple stories in mind, but the world is set up for it. I would certainly love to see another story with these characters again. More than that, I just want to visit the world Laika created at least one more time. The hope is that audiences respond in theaters and on video to show that the interest is there. At the very least, I’m definitely looking forward to the next film this studio makes. It’s simply incredible work to watch on the big screen. Don’t wait to watch it on your TV, no matter how big your flatscreen is.