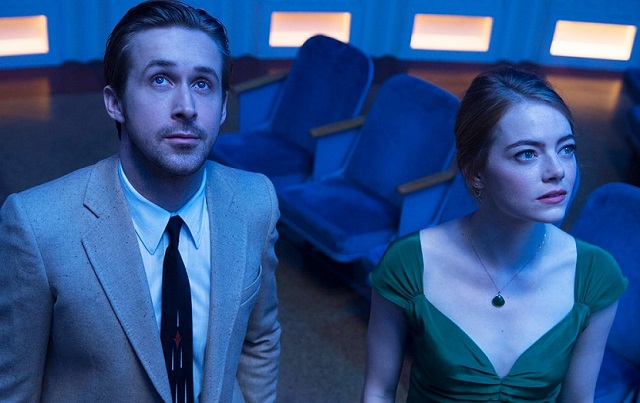 La La Land has been the favorite of filmgoers this fall and throughout the 2016 awards season, so it shouldn’t be a surprise that the musical dominated the Academy Award nominations announced Tuesday morning. The film earned 14 nominations, tied for the most in Oscars history, including Best Picture, Best Director for Damian Chazelle, Best Actress for Emma Stone and Best Actor for Ryan Gosling, along with two entries in the Best Original Song category.

After La La Land, Moonlight earned the most nominations with eight. Fences received four nods, while Hidden Figures got a surprising three. That might raise some eyebrows among the many people who loved that movie, though it didn’t get a wide theatrical release until after Christmas.

The 2017 Academy Awards season threatens to be a boring one, because La La Land has gobbled up so much praise, thus making this year’s ceremony anti-climactic. But Academy voters recognized a variety of films that at least deserved nominations, and could earn some surprise awards.

As usual when nominations are announced, the game becomes picking them apart and looking for the movies and actors that were snubbed. However, there aren’t many objectionable omissions this year. And once again, the nominations reflect what audiences went to see. Some critics might wince at that, but I think it’s a good thing for the show and getting people to care.

Best of all, there will be no #OscarsSoWhite protest and outrage this year. Virtually every category includes some variety and color. That’s not to say that the 2017 Academy Awards are a direct response to last year, which was so notable for its lack of recognition for filmmakers, actors and writers of color. It’s more of an indication of how much better and varied movies were during the past year.

Here are the nominees in the major categories, along with the notable favorites and snubs: 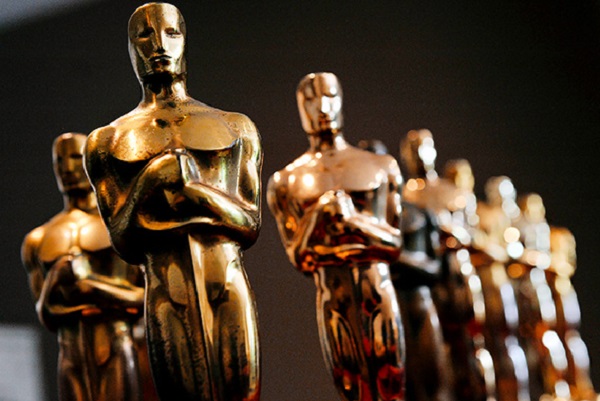 Favorites: Viola Davis won in this category at the Golden Globes, which would appear to make her the favorite here. Perhaps Williams shouldn’t be a surprise here, as she’s very good in Manchester By the Sea. But her role in the film is pretty small.

Snubs: No glaring omissions stand out, though cases could probably be made for Janelle Monae in either Hidden Fences or Moonlight. Elle Fanning and Greta Gerwig were also worthy of nominations for 20th Century Women, but I don’t know who would be bumped from the nominees to make room for them.

Favorites: Mahershala Ali should be viewed as the favorite here. Losing the Golden Globe to Aaron Taylor-Johnson was a surprise. Ali has had a great year, and shouldn’t get an award for that, but this could be the one place where Moonlight, along with its biggest star, receive its just recognition. (Love the nomination for Hedges, though. He’s very good in Manchester By the Sea.)

Snubs: Since Taylor-Johnson won at the Golden Globes, not being nominated for an Oscar looks like a snub. However, many critics seem to believe Shannon had the better performance and was more worth of a nomination anyway. In other years, Kevin Costner’s role in Hidden Figures might have gotten some love, but not with a stacked category this year.

Favorites: Natalie Portman looked like the early favorite for this award, but Jackie hasn’t gotten much traction among critics and audiences. (It’s still not even showing in some markets.) This is Emma Stone’s award all the way, in what should be a big night for La La Land.

Snubs: Amy Adams not getting nominated for Arrival is a shocker, arguably the biggest snub of this year’s Oscars. Plenty of people will be disappointed in Taraji P. Henson not receiving love for Hidden Figures too. Annette Bening surely deserved a nod for 20th Century Women, as well. But for Adams not to get a nod for a lead role in a Best Picture nominee is stunning.

Favorites: Ryan Gosling will probably get quite a bit of support for this, since La La Land is the darling of this Oscars season. But this is Casey Affleck’s award all the way. He carries Manchester By the Sea and has to portray a variety of emotions that his fellow nominees arguably didn’t contend with.

Snubs: Nothing for Tom Hanks in Sully? Doesn’t he warrant the Meryl Streep, “I act, therefore I’m nominated” treatment among Academy voters? Also, many critics and fans have touted Hugh Grant’s performance in Florence Foster Jenkins. To be fair, the five nominees are all worthy. Mortensen might be the most pleasant surprise, and Garfield is rewarded for Academy voters liking Hacksaw Ridge.

Favorites: Those nominees whose name is not Damien Chazelle can plan to not leave their seats during the Academy Awards ceremony (unless their film scores a Best Picture win, which likely won’t happen). All five nominees deserved their nomination. (I’ll be rooting for Barry Jenkins.) Gibson might be a slight surprise, but Hacksaw Ridge appears to be popular among voters and it’s a very good film. (Any questions arise from Gibson’s tarnished reputation around Hollywood.)

Snubs: Martin Scorsese not being nominated for Silence is a bit of a surprise, but that film hasn’t gotten a strong response from audiences. And honestly, which filmmaker would you remove from the nominees to make room for Scorsese? Some may suggest Tom Ford should be on this list for Nocturnal Animals too.

Favorites: La La Land is the clear front-runner here, and the competition may not even have a chance. Moonlight has been popular with critics (and it was my No. 1 movie of 2016), but it hasn’t generated the wide audience appeal and repeated viewings that La La Land has. There has been some backlash against it, whether because it celebrates Hollywood or the singing and dancing skills of Emma Stone and Ryan Gosling. But if La La Land were not to win, the Academy Awards would look out of touch.

Snubs: The Academy got this list right. With room for 10 nominees, some might point to only nine films receiving recognition. Deadpool getting nominated would have been hugely popular, but that was probably never going to happen. O.J.: Made in America was already nominated for Best Documentary. And Rogue One wasn’t the crowd-pleaser that Star Wars: The Force Awakens was. I’m a little bit surprised that Sully wasn’t nominated, considering the awe for Clint Eastwood. But that movie hasn’t stayed in the cultural discussion since it was in theaters.

** For a movie in which music played such an important role, it’s disappointing that Sing Street didn’t earn any nominations for Best Original Song.

** ESPN had Academy Awards ambitions for O.J.: Made in America, and it was nominated for Best Documentary. Almost there.

** Did Pixar really not get a nomination in the Best Animated Film category? No Finding Dory. (But Kubo and the Two Strings getting recognized is wonderful.)

The 89th Academy Awards will be held on Sunday, Feb. 26, hosted by Jimmy Kimmel.