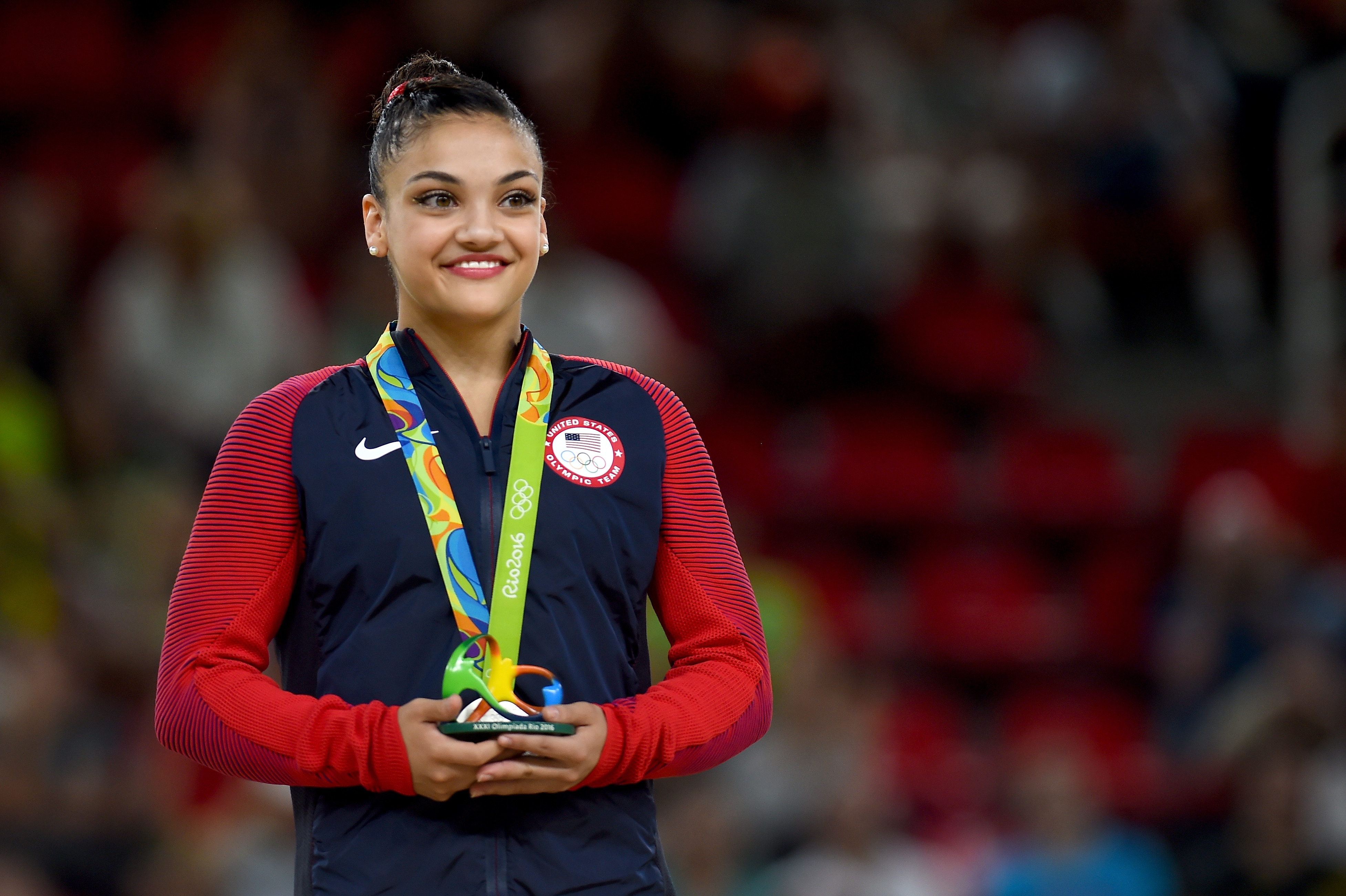 The 23rd season of ABC’s Dancing with the Stars will have a decidedly Olympian feel, with American medalists Laurie Hernandez and, yup, Ryan Lochte set to appear on the show. Former NFL star Calvin Johnson will also compete.

Lochte, fresh off his inescapable fake-robbery scandal, has been a reported DWTS contestant for a few days now, so let’s start with Hernandez.

Hernandez — whose nicknames include “The Human Emoji,” according to Wikipedia — was part of the U.S.’s dominant Final Five group that won the gymnastics team all-around title, and she also took silver in the balance beam. She’s having an awfully good week, because on Sunday she got to meet Beyonce at the VMAs and was pretty stoked about it.

The first gold medal winner born in the 21st century,@lzhernandez02, goes for the trophy with @iamValC! #DWTS pic.twitter.com/h6ajeXJdy6

And then there’s Mr. Lochte, the disgraced 12-time Olympic medalist who reportedly agreed to be on DWTS before he lied about being robbed, thereby embarrassing Brazil and shaming the United States.

Here’s what Lochte had to say on Good Morning America Tuesday about his upcoming DWTS role :

“The emotional part is the hardest thing. The past two weeks have been the lowest point of my life. It’s been really hard. But the fans, my family, my friends, they’ve all been really positive, keeping me going. That’s what I want to do. And this is perfect with the show, because I want to put that behind me.

“I want the whole world to move forward. Everyone’s got to be sick and tired of hearing about this. I know I am.”

Johnson, a six-time Pro Bowler with the Detroit Lions, will compete fresh off his surprising early retirement from the NFL.

Hernandez will be paired with Valentin Chmerkovskiy, Lochte draws Cheryl Burke and Johnson gets Lindsay Arnold.

Many Olympians have appeared on DWTS in the past, most recently former gold-medal gymnast Nastia Liukin, who won the all-around title in 2008 and finally appeared on the show last spring. The only other gymnasts to compete on DWTS are Shawn Johnson, who won Season 8, and Hernandez’s teammate Aly Raisman, who finished fourth in Season 16.

Athletes seem to have a natural advantage on DWTS with their athleticism and emphasis on footwork (which would likely apply extra to gymnasts). Previous athletes to win the competition include Shawn Johnson, Emmitt Smith, Apolo Anton Ono, Helio Castroneves, Kristi Yamaguchi, Hines Ward and Donald Driver. After a flood of athlete DWTS champions in the show’s early and middle seasons, it’s now been four years and eight seasons since someone with sports bona fides took the title.

We’ll see if Hernandez, Johnson or (ugh) Lochte can snap the streak.