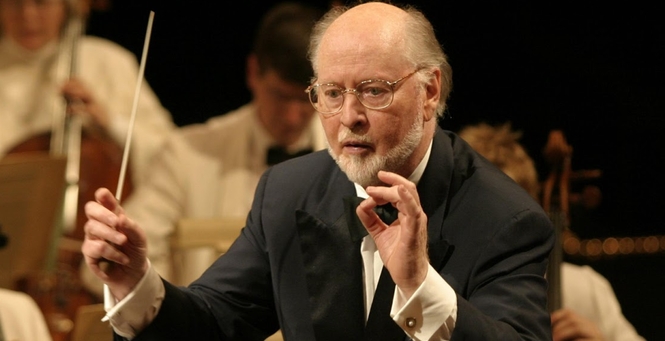 John Williams, the legendary film composer who scored the Star Wars franchise as well as the Indiana Jones and Jurassic Park franchises, dropped a surprising revelation shortly after the release of the latest installment of the franchise, Rogue One. Williams has never actually seen any of the films his compositions accentuate so stunningly.

Even if you may not have known the name, you can recognize what Williams has created just by listening the first few notes. His most famous piece is known by just about everybody.

For many a Star Wars fan, myself included, this news is almost incomprehensible. The music is practically inseparable from the films themselves. It’s almost impossible to think about the movies without Williams’ soundtrack creeping into your mind as well, and before you know it you’re humming the opening theme the rest of the day.

Williams, 83, offered a simple explanation for this oddity. Once he’s done with a score, that’s it. He simply has no desire to hear it again as it’s playing out on the silver screen.

“When I’m finished with a film, I’ve been living with it, we’ve been dubbing it, recording to it, and so on. You walk out of the studio and, “Ah, it’s finished.”

​“​Now I don’t have an impulse to go to the theater and look at it. Maybe some people find that weird, or listen to recordings of my music very, very rarely.”

The composer is also unrelentingly modest about his work. He acknowledged that these compositions have garnered worldwide adulation and acclaim, but refused the call them “classics” himself.

“​So I’m a composer of music and I look at Mozart and I look at Beethoven and Bach, the greatest organizers of sound that we’ve ever had, and you need to be humble when the shoulders that we stand on are so great.​“

He doesn’t think he has ever got it right.

“​You hope that you’ve gotten 90% of it or as close to it as you can. But at least with me, and I think with most writers of any kind, you really don’t say “Eureka! This is it!”

“It’s work on this, come the next week and reshape it and do it–like honing away at it.

​“​I’m not so brilliant that I can sit down and write a melody or a theme or a whole scene or a whole work as Mozart might have done.”

Williams may not want to acknowledge the greatness of his work, but that’s OK, because pretty much everyone universally does that for him. Even when the movies themselves were bad, they were scored brilliantly.