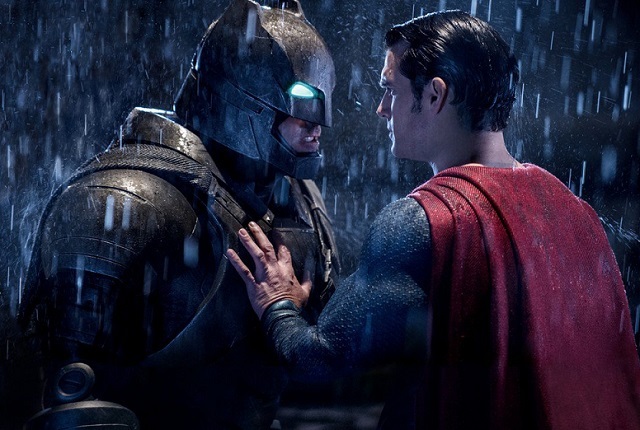 Whether you like or dislike Zack Snyder’s films, he should get credit for his ambition. But while he’s capable of creating some amazing visuals as a director, Snyder isn’t disciplined enough as a storyteller to execute those ambitious ideas. Batman v Superman: Dawn of Justice is the latest, and perhaps greatest, example of this. It’s bold, but also a mess.

Here’s the fundamental problem with Batman v Superman: It tries to cram four movies into one story. And at least two of those would-be films are inspired by iconic comic book story arcs, one of which can’t be mentioned because it would be a significant spoiler. (Maybe that’s already saying too much.)

One of the stories Snyder attempts to tell is a sequel to 2013’s Man of Steel. For all of those who criticized and hated the massive destruction of Metropolis resulting from the super-brawl between Superman and General Zod, this is the continuation of that story which explores the repercussions of that battle and the revelation that an alien now lives among humanity. We see the effect that the carnage has inflicted on people. Both the worship and distrust that have resulted from Superman’s emergence are prevalent themes.

Certainly, the distrust takes precedence in this story and that leads into the storyline involving Lex Luthor (Jesse Eisenberg), his lust for power and intense hatred for Superman. Eisenberg walks a very thin line with his performance, leaning toward campy and goofy, but swinging back toward cunning and truly evil. In a way, this Luthor is a mix between the previous Gene Hackman and Kevin Spacey versions of the character.

But Eisenberg is more charming, while also capable of becoming unhinged. In a couple of scenes, he comes off as someone whose brain can’t contain all of his thoughts. More particular, he lacks the ability to properly articulate his ideas to people. It’s a very intriguing take on Luthor. Hopefully, Eisenberg gets the opportunity to explore it further after where this movie leaves him. 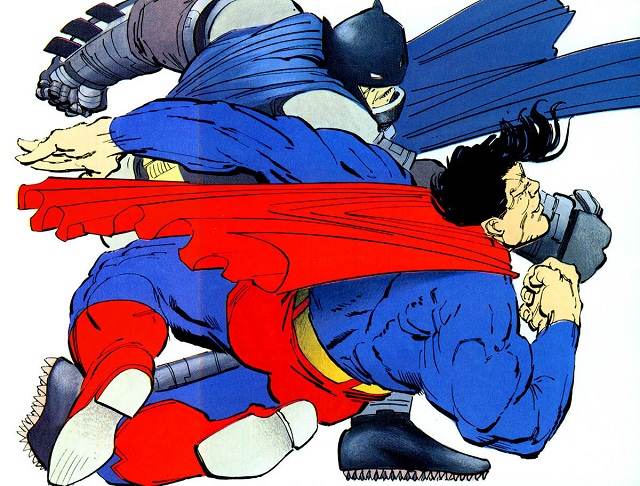 Snyder also clearly wants to adapt Frank Miller’s 1986 comic book miniseries The Dark Knight Returns, and probably should have just tried to make that movie. Audiences are now familiar enough with the Batman mythology and his rogues gallery to accept the tale of an older Bruce Wayne who realizes that his crusade will never end, but doesn’t really want it to, either. (That is oversimplifying the story.)

Instead, Snyder — along with screenwriters Chris Terrio and David Goyer — takes bits and pieces from Miller’s series and adapts them into his narrative. There are lines of dialogue taken directly from that text, which will surely delight fans of the source material (especially when voiced by Jeremy Irons’ cranky, acerbic Alfred). Several scenes and images will be very familiar.

Ben Affleck’s Batman is indeed an older, weary warrior whose morality has been sanded away by years of fighting crime. His life’s mission hasn’t accomplished everything he hoped. (You can almost imagine that this is what Christopher Nolan’s version of Batman could have become if he hadn’t decided to give that life up at the end of The Dark Knight Rises.) Superman’s presence and the perceived threat it creates has given Batman a new purpose. Though Alfred tries to point out to him how misguided it is.

What Snyder misses from Miller’s series is that Batman and Superman clash because they each see the world in very different ways. In this story, contrived circumstances are what ultimately compel them to fight. There’s no time for nuance because the movie (and the universe Snyder has created) has to move on to grander ambitions. 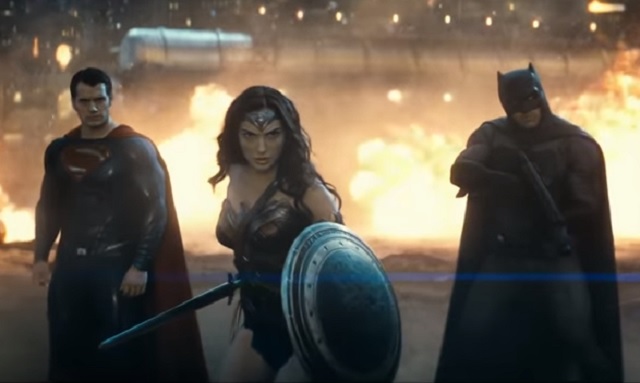 That brings us to the biggest issue with Batman v Superman. As the “Dawn of Justice” subtitle indicates, this movie is also an origin story for the Justice League, DC Comics’ version of a superhero supergroup, and that causes an already unstable narrative to crumble apart. It’s simply too big a story for one movie to tell, though Snyder certainly tries with a two-and-a-half-hour running time.

Marvel took four films to build up toward The Avengers, but Snyder, DC Entertainment and Warner Brothers want it all right now and ruins this film (along with a promising Superman franchise) because of it.

The worst thing about modern superhero movies is that almost all of them have to be a part of a larger mythology and shared universe. The stories aren’t self-contained. They have to be trilogies or multi-film epics. As a result, some of those movies have to set up the larger narrative and can’t stand on their own because of it.

Remember how Iron Man 2 was essentially a long, unsatisfying set-up for The Avengers? By trying to establish a larger saga, Batman v Superman fails to be a complete story by itself. That may have worked for The Empire Strikes Back, but it sure as hell doesn’t work here. This feels like Snyder and his writers are making the story up as it goes along, rather than following a carefully laid-out narrative. There’s nothing careful going on here.

However, the introduction of the third member of DC Comics’ superheroic trinity does inject some much-needed fun into this story. Wonder Woman (Gal Gadot) isn’t relentlessly grim or dour. In her civilian identity as Diana Prince, she’s elusive and charming. It’s easy to see why Bruce Wayne becomes intrigued with her. We’re all intrigued with her, if for no other reason than she presents something different from what’s been seen before. 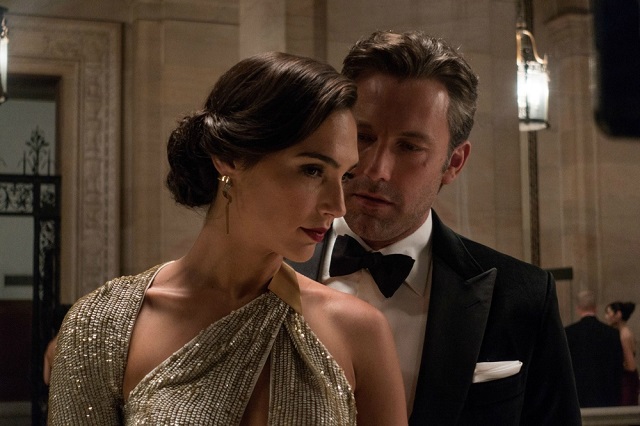 Diana does serve an important purpose, which is providing the gateway to the larger universe these characters eventually realize they occupy. (Luthor is a bit ahead of everyone else on that front. Maybe the villains really are smarter than the heroes.) If only the story didn’t come to a virtual stop when those discoveries are revealed. The key scene may have worked better as a post-credits sequence, though there is a later allusion to the other meta-humans in the world.

When Wonder Woman finally reveals herself, it feels refreshing because Batman fighting Superman has gotten tiresome and a greater menace looms. (By the way, the two male heroes end their conflict because of a total coincidence. That discovery may have seemed like a cute idea on the page, but is borderline laughable on screen.) Once that threat enters the story, however, Wonder Woman is simply thrown into a messy CGI mix of a final battle, which is disappointing. But then again, it’s not her story, which Snyder seems to remember in the slugfest’s climactic moment.

On a primal, fanboy level, Batman v Superman does provide several thrills, whether it’s adapting aspects of cherished comic book stories or providing some fantastic visual spectacle. This should have been the film that superhero movie fans and comic book lovers have always wanted to see. For some, it probably will be. But this entire premise deserved a far better script. Terrio won an Academy Award for writing Argo, but he won’t receive a similar honor this time. Maybe Snyder (and Affleck, reportedly) interjected too often, tinkering until the story became incoherent. The first third of this movie lacks any flow, simply providing a collection of scenes. (And the dream sequences scattered throughout the story are ridiculous.)

There may have been a good movie in here somewhere. Maybe it was the sequel to Man of Steel. But then Snyder had the idea to shoehorn Batman in and that caused the story to crack. Elements from The Dark Knight Returns spackled some cracks, while Wonder Woman and the promise of the Justice League were used for further repair. But then the story needed its big bad guy to bring the band together, which led to adapting another famous DC Comics storyline.

That final push creates too much damage to patch up, though it’s obvious that Snyder is leaving that for the next movies to come. The question is how many will want to watch those after suffering through Batman v Superman.