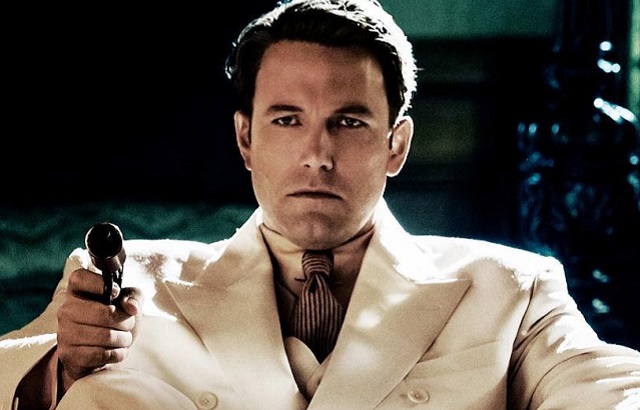 After three stellar films, Ben Affleck has his first miss as a director with the unfulfilling Live By Night.

Ben Affleck was on quite a career-changing streak as a director, putting himself in A-list territory for helming 2013’s Best Picture winner, Argo. Few directors have had the sort of critical and box office success that Affleck enjoyed with his first three films. That certainly changed how he was viewed by Hollywood, the movie press, and fans in general. (It’s one of the reasons his decision to play Batman was so puzzling when it was first announced.)

With Gone Baby Gone and The Town, Affleck showed he could make gripping, character-driven crime dramas. Argo demonstrated that he was capable of expanding his scope in terms of story and locations, managing to tell something of an true-life epic, while still focusing on intriguing characters and thrilling narratives.

Affleck looked to take that a step further, taking on a crime drama with even grander ambitions (one originally written by novelist Dennis Lehane, with whom he found initial success with Gone Baby Gone) for his next project. Live By Night is certainly a bold choice for Affleck, and you can see how he wanted to challenge himself as a filmmaker with a story that spans decades, takes place in two prominent locations, and aspires to explore what would make a man pursue a life in organized crime. Yet this seems to be more than Affleck can fully wrap his arms around, which is something of a surprise and results in his first miss as a director.

It’s not that Live By Night is too much Affleck to handle. He’s already shown that he can take on wider-ranging stories that incorporate a variety of characters, narratives and themes. (And that will certainly be the expectation when he finally gets around to making The Batman, his eagerly anticipated next project.) But the material itself covers so much ground that several storylines feel truncated. Certain characters appear prominent at particular points of the movie, only to reappear again, forcing you as a viewer to remember why you should care. This is something that possibly would have been better served as a four- to six-episode miniseries on HBO.

The lack of depth in the film hurts Affleck’s main character most of all. The beginning of the story tells us that Joe Coughlin went to fight in World War I and came back a broken man, one who was determined never to kill anybody ever again. More importanly, Coughlin never wanted to take orders from anyone again. He was out for himself (and his loyal crew) and would use his skills as a tough guy and gunman to enrich himself. Maybe there was even a hint of nobility in his intentions, as his robbery targets were usually criminal rackets. But in a relatively small circle, people eventually catch on and Coughlin is forced to take sides in a mob war he mistakenly believes he can avoid.

But whether Coughlin wants to stay neutral and just commit crime for himself, he’s already chosen a side by carrying on an affair with the girlfriend (Sienna Miller) of Irish mob leader Albert White (Robert Glenister). She even tips him off to high-level card games that are ripe for robbery. Again, however, we’re talking about a rather small circle in which these people travel. Others talk, especially when Coughlin and Emma are dumb enough to go out together in public when White is out of town or fool around on doorsteps in plain view of anyone that passes by. Eventually, word would get around. And when Italian mob leader Maso Pescatore (Remo Girone) finds out, he uses that secret to try and recruit Coughlin to work for him.

Coughlin sticks to his warped principles and refuses Pescatore’s offer, but as you would expect, his affair with Emma is discovered. The only thing that prevents him from being killed is that his father (Brendan Gleeson) is a Boston police captain. Though that spares his life, a handful of police officers died while trying to catch Coughlin and his crew after they set their sights a bit higher with a bank robbery. That gets him marked as a cop killer, and though his father won’t let his son die, the elder Coughlin is more than willing to let a bunch of his officers take out their pain and anger on his disappointment of a child.

While in the hospital, Coughlin’s father pleads with him to forget about the woman who nearly got him killed. Yet he just can’t quit her, even when his father tries to convince him that Emma apparently died while trying to get out of Boston. As one last parting gift, Coughlin’s father blackmails the chief inspector into significantly reducing his son’s jail sentence to a three-year term. That gives Coughlin time to make some connections and learn more about the mob life he wanted so badly to avoid. When he gets out of prison, Coughlin has only one thing on his mind: revenge on White.

But White fled Boston as the police closed in and Pescatore became more powerful. Coughlin goes to Pescatore to take him up on his original offer, but it no longer really applies since White is gone. However, Pescatore knows that White ran to Florida and has started up a new operation down there. Eager to expand his empire and get into the lucrative trades of liquor bootlegging (we’re in the Prohibition era here) and gambling, Pescatore sends Coughlin down to Tampa to begin a new racket. Though he still answers to a boss, Coughlin is something of his own man in Florida, confidently taking over bootlegging operations and buying off the right people to get a casino project on track. He also finds a new woman to give his life purpose in Graciela (Zoe Saldana), the sister of one of his business partners.

It’s at this point that Live By Night becomes a bigger story than a two-hour movie can be expected to handle. Coughlin’s ambitions, particularly in expanding businesses run by Cuban and African American owners, put him in conflict with the local Ku Klux Klan. The Klan also has ties to White, who has become aware of Coughlin’s presence in Tampa and uses his connections to try and wipe out the entire Pescatore operation. Though Coughlin is hardly a sympathetic figure throughout the movie, it becomes easy to root for him when exacting vengeance and mob justice on the Klansmen who persecute him because of who he loves and the business he’s in. Those are easily the most compelling, exciting parts of the movie.

But that’s only a small part of the overall story and Affleck struggles with the fact that Joe Coughlin simply isn’t a very intriguing character. Is he a good man forced to do bad things? No, he made the choice to be a criminal. Does he deserve any sort of redemption with all that he’s lost? Perhaps, but he finds an even better life for himself in Tampa, and only becomes sympathetic because of the Klan and the greed of his boss. In one notable subplot, he blackmails a local sheriff (Chris Cooper) whose only flaw is to look the other way while criminal empires conspire and grow throughout his district. Coughlin arguably does something kind for him, but it’s only to serve his own purpose and to deliberately humiliate someone who won’t let him get his way.

Live By Night also seems like it’s interested in exploring the nature of good and evil through the sheriff’s daughter (Elle Fanning), who suffers the fate that many naive, impressionable young women likely suffered (and probably continue to suffer) when going to Hollywood in search of fame. She finds religion and eventually becomes an extremely popular preacher who speaks out against gambling and the casino Coughlin is trying to build. But is she noble herself? Does she realize the weapon that she wields? And just how far will Coughlin go to make sure Pescatore’s empire expands in Florida and he can continue living?

There may be no truly good people in this story, and no one can truly be trusted. That will make it difficult for some people to enjoy, in addition to so many of these character arcs being predictable. Ultimately, that’s what makes Live By Night such a disappointment. There’s nothing to surprise the viewer, nothing that reaches inside you and makes you feel, as Affleck did with Gone Baby Gone and Argo. These characters just exist on screen, the story simply plays out to its inevitable end.

Personally, what I enjoyed most was the way in which Coughlin’s right-hand man (Chris Messina) ends up killing one of the gangsters in the film’s final shootout. That might be the coolest way someone gets killed in a movie this year. (Messina might have the most entertaining character in the film, especially since make-up renders him virtually unrecognizable. Unfortunately, he doesn’t get all that much to do.) But that’s hardly enough to make this film worthy of recommendation. Just enjoy that part when someone puts it on YouTube.