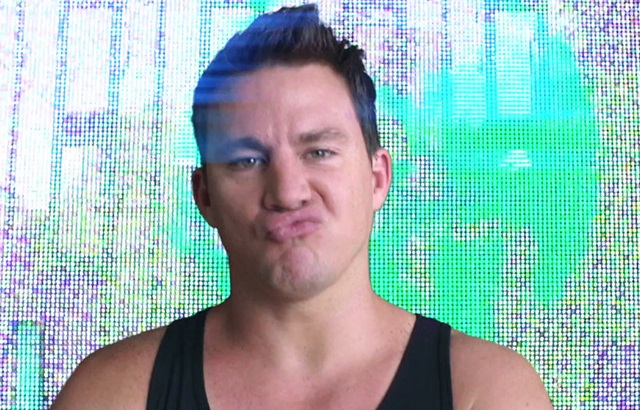 The 2016 Summer Olympics have officially come to an end. It’s time to say goodbye to Michael Phelps, Usain Bolt and the rest of the amazing athletes who have dazzled us over the last two weeks.

Unfortunately, the end of the Rio Games means it’s also time to say goodbye to Ryan Lochte, author of the greatest Olympics story of the summer, though something tells me we haven’t heard the last of Aqua Gronk.

Either way, we can thank Lochte not only for entertaining us over the past week, but also for providing the perfect plot for a future Hollywood blockbuster. With that in mind, let’s cast the Ryan Lochte movie.

This one’s a no-brainer. For Lochte, we need a good-looking buffoon with washboard abs. More importantly, we need someone who can play a dude with the IQ of a lamp. Essentially, we need Channing Tatum from 21 Jump Street. In fact, that’s exactly what we need. Give Tatum’s hair the Slim Shady treatment and we’re done.

If Tatum turns down the role, I’m willing to offer it to either Shia LaBeouf or Miles Teller. Both would need to put on some muscle, but neither would have a problem playing a whiny jerk. 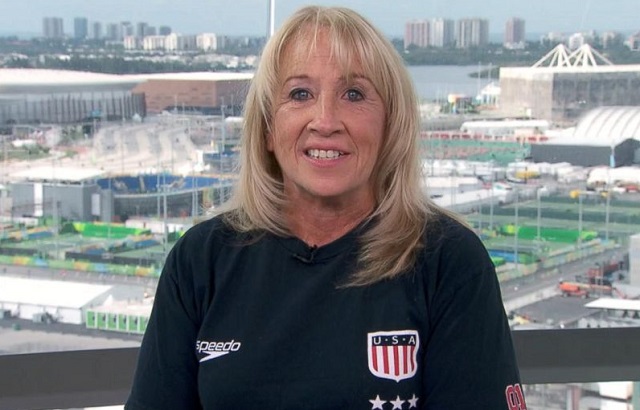 It was Ryan Lochte’s lie, sure, but don’t forget that Mrs. Lochte started the whole thing by telling an Australia reporter that her son had been robbed at gunpoint. This role is a complex one: we need a woman who can pull of naïve and sympathetic. Mrs. Lochte just wants to protect and believe in her son, but her credulity is slightly infuriating. Also, she’s responsible for bringing Ryan Lochte into the world. She can’t come off too likeable.

For this role, I propose Katey Sagal of Married with Children and Sons of Anarchy fame. She’s a solid actress, sure, but there’s also quite a resemblance. 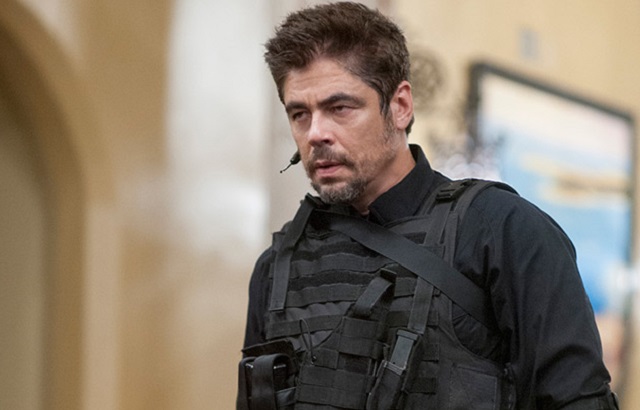 Every story needs a hero and in this one, the Rio Detective Who Doesn’t Believe Lochte is it. This role is important. We need to be introduced to this detective early on the film. We need to learn that he doesn’t play by the rules or care about pissing off the money bags calling the shots — be it the drug carters or, in this case, the IOC.

I like Del Toro for this role for a number of reasons. First off, he’s got that gruff look that all cranky, smart-ass movie detectives must, by law, have. Can’t you picture our first time meeting this character? It’s late at night when the phone rings. We see Del Toro, with a beautiful woman asleep next to him, answer the phone.

At the Olympic Village, a younger uniformed cop gives him the details of the robbery. He then meets Lochte, acts polite, takes a statement, then gets up to leave before pulling out a cigarette.

“One last question,” he says. He then points to Lochte’s thousand-dollar Yeezy sneakers. “Were you wearing those at the time of the robbery?” Lochte stumbles while answering. Del Toro isn’t buying it. He tells his boss (I’m thinking Demián Bichir), who tells Del Toro to chase his gut, but that there’s a lot of pressure on him since “the whole world is watching on this one.” Del Toro, of course, doesn’t mind. He prefers working alone anyway, especially if it allows him to take on a corrupt organization.

Efron’s got the looks. The question is: can he pull of being the swimmer most tortured by Lochte’s lie. Bentz is going to meet Del Toro at one point and he’s going to start shaking after Del Toro threatens him, and we need to see him struggling with whether or not to narc on his pal and then break after being pulled off the plane scheduled to take him back to the U.S. Bentz eventually did turn on Lochte; he released a statement last week detailing the whole incident and essentially blaming Lochte for the whole thing. I think Efron can pull this off.

Conger is sort of Bentz’s sidekick in this film. He’s not really sure how to play his cards and so instead to goes with the flow. If that means urinating on the wall of a gas station, so be it. If that means ratting on Lochte after being threated by Del Toro, he’s down. Whatever Bentz says. Hemsworth should be able to pull all that off. He’s also got the body of a swimmer, so that gives him a leg up. I also think we can cut the fourth swimmer, James Feigen, from this movie. There’s no need for him.

First off, the resemblance, at least in this picture, is uncanny. Of course Fiennes will have to keep his head shaved. He’ll never be in the same shot as Lochte until the end of the movie, but we’ll see Fiennes and Tatum have multiple phone conversations. Lauer, of course, will tell Lochte he’s by himself even though he’ll be in a room full of NBC suits feeding him notes. He’ll also tell Lochte he’s looking out for his best interest only to later discuss the rating of his Lochte segment with higher-ups.

We’d have to do something about the height. (We can call Tom Cruise’s people to find out the best way to go about doing that) But Levitt, I believe, is talented enough to make it clear just how different he and Lochte are. That’s the point of Phelps in this movie; to come off as the likeable champ that everyone respects but that Lochte can never quite match up to.

Roth has already shown that he has no problem playing an evil sleazebag in charge of a billion-dollar sports organization which values money more than human lives. That experience makes him perfect for the role of Bach.

That is, unless Luke Wilson wants to try his hand at bringing another callous suit to the big screen.