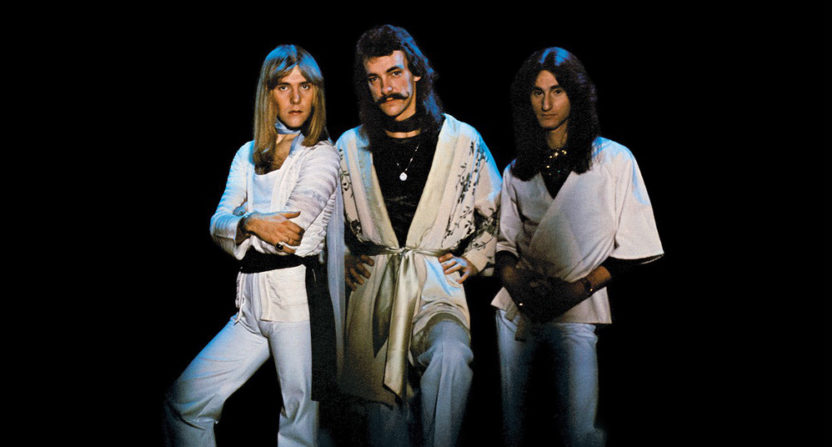 Researchers at the University of British Columbia have found a real power trio of microbes. The researchers discovered and analyzed three new species of microbes that live in termites’ intestines, and decided to name them after famed Canadian prog-rock band Rush, thanks to their “hair” and their dance moves. Here’s more on that from UBC’s website:

Three new species of microbe found in the guts of termites have been named after members of the Canadian prog-rock band Rush, owing to the microbes’ long hair and rhythmic wriggling under the microscope.

“A Spanish postdoc, Javier del Campo, asked me to recommend some good Canadian music, and I suggested he listen to Rush,” says Patrick Keeling, a University of British Columbia microbiologist and senior author on the paper describing the new species. “He came back to me and said ‘Those microbes we’re finding have long hair like the guys on the album 2112!’”

The microbes in question are covered with flagella, which are long threads that cells use to move around. Many cells have a few flagella, but these little rockers have more than ten thousand very long flagella, giving them flowing hair that even Farrah Fawcett might envy.

And while Rush may not be famous for their dance moves, the tiny creatures also have rhythm. They bob their heads and sway their bodies in microscopic dances, prompting the researchers to baptize the new Pseudotrichonympha species P. leei, P. lifesoni, and P. pearti after musicians Geddy Lee, Alex Lifeson and Neil Peart

The photo in question of the trio comes from the booklet of their famed career-saving 2112 album, and can be seen at the top. No word on if the microbes like the 20:34 title track of 2112, or if they’re modern-day warriors who prefer to sway in 7/8  time. But it gets even better, as the microbe named after Peart has something pretty unique going on:

The microbe named after drummer and lyricist Peart contains a rotating intracellular structure never seen before. The researchers dubbed this the “rotatosome,” and even though they tested several theories, they still can’t figure out what it does.

“We have looked at a lot of crazy cells in my lab, and none of us has ever seen anything like this,” Keeling says.

A rotating intercellular structure, eh? That sounds like some of Peart’s solos on his massive drum kit:

But all in all, it seems thoroughly appropriate to name these microbes after Rush, a band that’s always been pretty into science:

And this is a pretty cool way to honor an important band. Rush stepped away from major tours pretty quietly a couple of years back, but they’re still beloved in Canada and around the world. And hey, now they have a scientific discovery named after them. New world men, indeed.