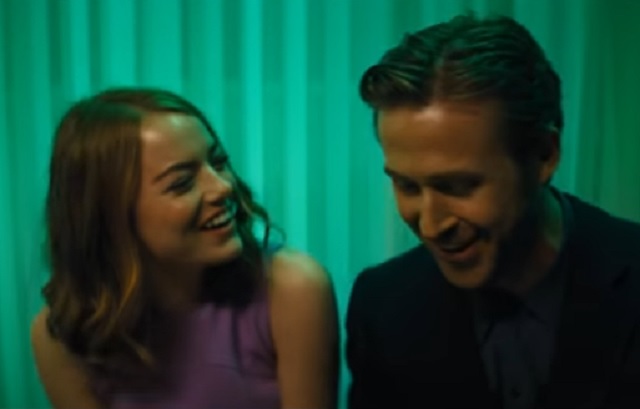 Each year, the nominees for Best Original Song are pulled from a shortlist of songs submitted to the Academy. The shortlist this year consisted of 91 eligible songs before it was eventually pared down to these five nominees:

The shortlist is always a hodgepodge of well-known songs from hit movies, along with lesser known documentaries, a couple low-budget Christian films, and seemingly one song from every kids movie produced that year. This year, I was able to listen to 89 of the 91 shortlisted songs (most of them all the way through), and here are a few observations.

BEST SONG NOT ON THE SHORTLIST: “Goodbye” from The Land

Keeping this track from making the shortlist is the non-original material used in the sample, but this is still an amazing song from a movie virtually no one saw. “Goodbye” serves as the debut for Ezzy, a Cleveland rapper who also co-starred in The Land. Other ineligible songs worth tracking down include the entire soundtracks to Green Room and Nick Cave’s One More Time With Feeling.

RANDOM SONG FROM THE WORST MOVIE: “Seeing You Around” from Ithaca

Meg Ryan’s directorial debut, Ithaca, currently holds a 13 percent positive rating on Rotten Tomatoes, and also features a score and two original songs written by John Mellencamp. Only this song sung by Leon Redbone made it to the shortlist with “Sugar Hill Mountain” by Carlene Carter missing the cut, but Mellencamp and Carter will have a duets album, Sad Clowns and Hillbillies, released sometime this year.

NUMBER OF SONGS BY SIA ON THE SHORTLIST: 3

The Australian appeared to be the go-to singer of the year with songs featured in The Eagle Huntress, Lion, and The Neon Demon. She also sang a cover of Nat King Cole’s “Unforgettable” for Finding Dory. Also on the shortlist multiple times (from different movies) were The Lumineers, Adam Levine, and Aloe Blacc, who all performed on two songs.

The score for Swiss Army Man is composed primarily of manipulated voices, including the film’s stars Paul Dano and Daniel Radcliffe, to create a beautiful and eerie accompaniment to one of the weirdest movies of last year. Andy Hull and Robert McDowell (both from Manchester Orchestra) weren’t nominated for Best Original Score either, but they easily produced the most interesting score of 2016.

One of the greatest legacies of Miami Vice actor Philip Michael Thomas, and possibly his only legacy, is the EGOT (Emmy, Grammy, Oscar, Tony). Thomas himself has never even been nominated for any of these awards, but Lin-Manuel Miranda has an opportunity with his nomination to be the 13th winner of all four awards especially if the two songs from La La Land pull votes from each other. Tracy Jordan would be proud.

BEST SONG NOT NOMINATED: “Drive It Like You Stole It”  from Sing Street

John Carney has made a career out of music-oriented films, and while his earlier films Once and Begin Again received nominations in this category (with “Falling Slowly” from Once winning in 2007) he fell short this time around. The songs of Sing Street might be some of the most entertaining associated with a movie last year, and it’s too bad none of them made the cut.

MOST SURPRISING NOMINEE: “The Empty Chair” for Jim: The James Foley Story

It’s hard to say this is a surprising pick because both Sting and his co-writer for “The Empty Chair,” J. Ralph, have had multiple nominations in this category, but since the Golden Globes do not hand out awards to documentaries it had virtually no buzz heading into today. If you’re into betting on the Oscars this is probably the long shot.

For all of the criticism surrounding La La Land it will very surprising if it isn’t the big winner on Oscar night with wins in multiple categories including this one. I’ll admit that my interaction with this film has only been through the soundtrack, and I found myself having major issues with the music which makes me less than enthused about going to see the film. But that shouldn’t stop “City of Stars,” fresh from a Golden Globes victory, from winning this award for writers Justin Hurwitz, Benji Pasek, and Justin Paul.

The 89th Academy Awards will be handed out on Sunday, Feb. 26, and will be hosted by Jimmy Kimmel.