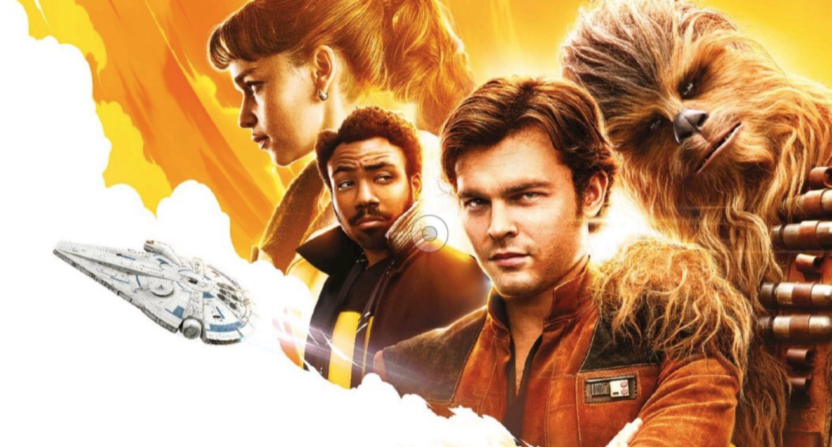 Lucasfilm and Disney are still basking in some afterglow after the release of Star Wars: The Last Jedi, despite fan reaction being divided. That continued conversation has somewhat obscured the fact that another Star Wars movie is set to come out in four months and very little has been revealed about it.

Solo: A Star Wars Story is scheduled for a May 25 release, yet Lucasfilm hasn’t promoted the film very much. The only poster has shown the title and logo. One promotional image (seen above) showing the main characters was released, yet its design looked like a fan-created visual that had been mashed together. Many fans and writers wondered if it was even real. Most importantly, we have not seen a trailer for a movie that is supposed to hit theaters in four months.

But in an attempt to show that production is indeed moving forward, to demonstrate that all is well and that we should remain calm, Lucasfilm released an official plot synopsis for Solo on Tuesday. These sorts of things typically don’t reveal too much. After all, we’re supposed to go see the movie. But the synopsis does give us an idea of what to expect and maybe provides some reassurance:

“Board the Millennium Falcon and journey to a galaxy far, far away in Solo: A Star Wars Story, an all-new adventure with the most beloved scoundrel in the galaxy. Through a series of daring escapades deep within a dark and dangerous criminal underworld, Han Solo meets his mighty future copilot Chewbacca and encounters the notorious gambler Lando Calrissian, in a journey that will set the course of one of the Star Wars saga’s most unlikely heroes.”

So just in case you were worried that Chewbacca, the Millennium Falcon and Lando Calrissian weren’t in this movie, each of them are mentioned in the synopsis. This should still be the young Han Solo story that most of us imagined. 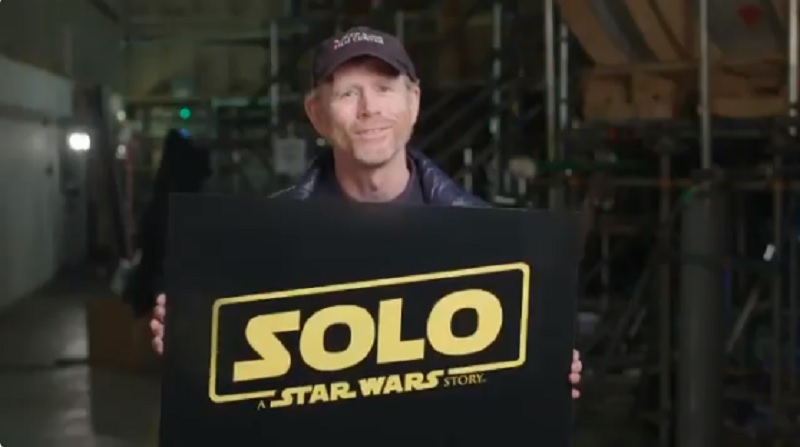 Who would know more about the film than the studio making it, and the website officially representing the production? Is director Ron Howard not telling producers — the people who hired him — what’s going on with the film and what it’s about? If so, Howard may be the most powerful wielder of The Force yet.

Lucasfilm is surely trying to be cute and coy in its announcement, but it comes off as annoying — and borderline insulting. Or maybe that sentence should be taken seriously. Maybe they don’t know much about the film! If that’s the case, the production could be more of a mess than was ever speculated.

Yes, the movie is surely a work in progress after Phil Lord and Chris Miller were fired as directors and Howard took over. With reshoots, Solo could end up being quite different from what Lord and Miller originally conceived. (Michael K. Williams’s character was cut from the film entirely.) And because of that, maybe there’s not much footage that’s ready to show the public — even at this late point.

Many observers think it’s inevitable that Lucasfilm will push Solo‘s release back to make sure the film is as good as possible. Rushing to make a release date amidst reshoots and an uneasy production didn’t go so well for Justice League, which should be a cautionary tale. Yet it ended up working out for Rogue One, so maybe Lucasfilm is comfortable with a situation like this. Some productions thrive under pressure. Never tell Lucasfilm the odds.

1 thought on “Lucasfilm says ‘not much else is known’ about the Han Solo movie. Uh, who’s making the film?”