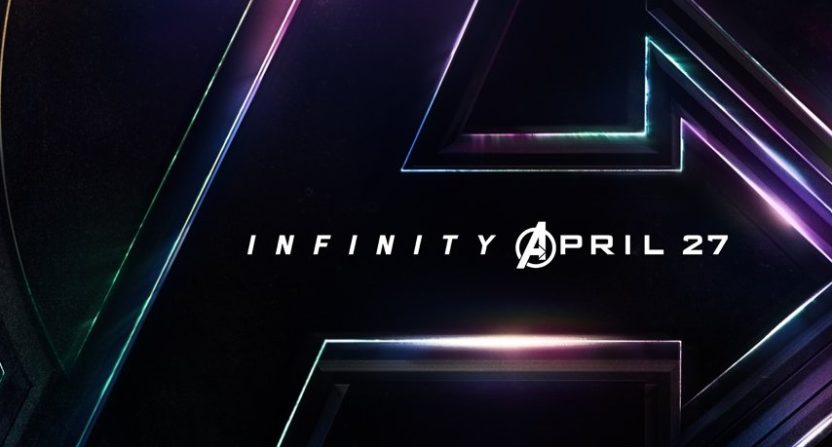 Riding the nearly-unprecedent success (critically and commercially) of Black Panther, Marvel made another announcement that sent immediate waves through the entertainment industry. They announced, on Twitter, that Avengers: Infinity War would come out on April 27th, a week earlier than originally planned.

Here’s how the news came out, via a Twitter conversation between Marvel and Iron Man star Robert Downey Jr.:

Any chance I could see it earlier?

And, there you have it. Avengers: Infinity War will come out on April 27th instead of May 4th. And while that’s just a difference of one week, it has major implications for the late spring/early summer blockbuster season.

Disney (which owns Marvel and Lucasfilm and, eventually, 21st Century Fox) is set to be responsible for what will likely be the three biggest movies of the spring (four if you include Black Panther). Prior to this announcement, Infinity War was set for May 4th, Deadpool 2 was set for May 18th, and Solo slated for May 25th.

When Disney set their release calendar, they clearly couldn’t bank on completing a deal for Fox.

Now, though, it works to their benefit to push Infinity War up a week; no one ever gets upset that a movie is coming out sooner, and Black Panther has been such a phenomenon that there might be an even bigger audience (somehow) ready to check out the Marvel universe. People are going to show up whenever Infinity War comes out, and this gives it an extra week before Deadpool 2 hits theaters.

It’s possible Disney is eyeing a potential record-breaking opening run for Infinity War, which will truly be one of the biggest (for better and possibly for worse) movies of all time. Given there’s essentially no competition from April 27th until Deadpool 2, they’ll have a shot at it. Meanwhile, Deadpool 2 avoids competing with an early-ish run from Infinity War, and Solo is aided slightly as well. (And that movie likely needs all the help it can get; they couldn’t have moved it back even if they wanted to, as any more bad word-of-mouth might sink it even further.)

Considering all of the consolidation currently going on, we should probably get used to this. When there were more studios in competition, you’d often see battles over holidays, big summer weekends, or other preferred release dates. You’d even occasionally get potential tentpoles released on the same weekend, though that practice wore off as well; the risk wasn’t worth the reward.

But if there’s one thing studios hate more than competing against each other, it’s competing against themselves. It’s a prudent financial decision, and on the surface, it doesn’t really harm the audience; after all, why not have fun movies coming out in more evenly spaced increments? But it highlights the lack of competition overall, and in the long run, that might not be a good thing.