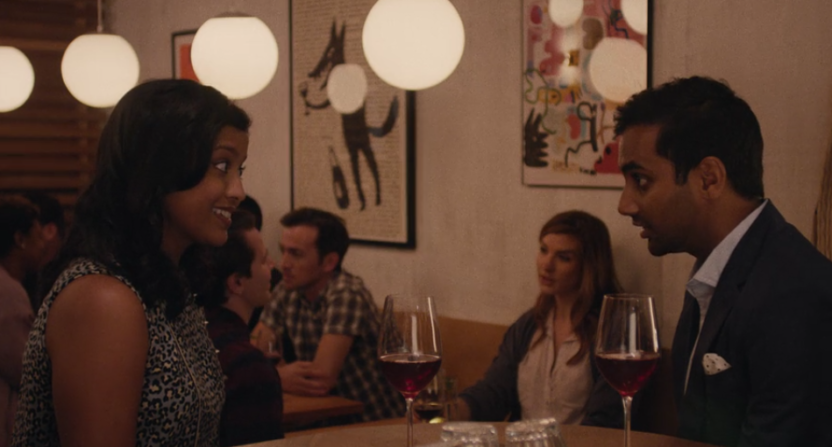 Netflix released the second season of Aziz Ansari’s Emmy-winning Master of None on Friday, and if you’re worried about any kind of sophomore slump, those fears are misplaced. (Mostly spoiler-free below.)

Instead, Master of None expands upon some themes of season 1, broadening the scope of the show in some satisfying ways, while also zeroing in and adding shades of depth to a few characters we didn’t learn as much about during the first season, especially Dev’s friend Denise (Lena Waithe).

The meta nature of the show’s title is also readily apparent. Master of None remains unlike just about any show on television in its willingness to try different formats and themes, in addition to its mix of serialization and episodic content. (Atlanta is just about the only comp I can think of, and Master of None technically did it first.)

In fact, it’s that very structure that helps set Master of None apart from the rest of Netflix’s content. It’s willing to be truly episodic. As in season 1, there are a few storylines that carry throughout the season, but the show isn’t afraid to take a break from those to do more standalone fare in episodes like “Thanksgiving” or, especially, “New York, I Love You.”

And the show isn’t just daring plot-wise. Season 2 offers a black-and-white first episode that functions as a tribute to Italian cinema, a theme which comes back with a double-length penultimate episode (in color, but still). But somehow, it all works and unlike most Netflix shows (even the good ones), pretty much all the episodes stand alone. That’s the main issue with Netflix; its shows have essentially become 10-13 hour movies, hurtling into the next, and that often means whole episodes that stall out or fall flat, and it certainly means a few episodes don’t have anything close to a complete story.

Master of None avoids the dragging plot problem by simply cutting away from the season-long arc(s) to shorter episodes, including the aforementioned “New York, I Love You,” which is an anthology of characters we’d never seen before (and likely won’t see again), loosely tied together via geography in NYC itself (which is the point of the episode). First we get a doorman/concierge at a luxury building, then a deaf convenience store employee (in a segment entirely without sound, which maybe shouldn’t work as well as it does), and then finally a cab driver who lives with a group of other cab drivers.

None of these characters are white, and it’s a fun example of the kind of realism that so many shows aim for and fail to achieve, yet Master of None can seemingly develop out of nowhere. It’s easy to overdo any kind of art that’s focused on New York City as some kind of grand tapestry of diversity and interconnectivity, but few shows or films do it as well or as easily as Master of None did in this one episode. When it ties back into Dev, Denise, and Arnold at the end, with a fun (and wordless) final gag, it’s almost reminiscent of Seinfeld. Except everyone seems like a good person.

There’s even an episode reminiscent of the Emmy-winning “Parents,” this time dealing with Dev’s lifelong relationship with Islam. It’s almost impossible to imagine another show handling it as well as Master of None does, or in a similar style. It just feels so real, opening with a young Dev at breakfast following a sleepover, being served bacon by the white, southern, well-meaning mother of his friend, only to find out via a phone call with his mother that bacon is pork, and therefore he can’t eat more.

Cue Tupac’s “Only God Can Judge Me” as he goes back for more bacon post-phone call.

You’ve never had bacon before? pic.twitter.com/uafGQmwU5n

The episode doesn’t land with the same kind of punch as “Parents,” but it’s great television nevertheless and the kind of story you don’t get on other shows.

As far as the overall arcs, they’re similar to the first season, as Ansari’s Dev Shah struggles to find himself both personally and professionally. He begins the season in Italy, where we saw him heading at the end of the first season, and after he returns to New York he’s once again back in the dating pool, which leads to the fantastic fourth episode, “First Date.”

Master of None still does modern dating better than anything else in film or television. It’s such an accurate distillation of the ups and downs inherent to modern dating, especially online dating, that I found myself nodding and saying “Yes, exactly!” throughout. And the entire episode is essentially a crosscut of multiple dates; it’s fantastic editing, and writing, and directing, and as with many episodes this season, doesn’t exactly end on a positive note.

In fact, that’s a main theme of season 2: loneliness, despite having an entire city around you, with countless people to meet virtually at any time. Emptiness as well, as Dev struggles to decide what he most wants out of his career, and his life in general. There is, in fact, a season-long romantic arc that ebbs and flows, and to say more would probably spoil too much. Though it’s reminiscent in some ways of the Dev and Rachel arc from season 1, there are multiple new layers involved and it definitely explores different areas of Dev’s character, right up to the final shot of the season, which somehow manages to be both definite and ambiguous.

Don’t let the title of the show fool you: it’s masterful television, all around.